Hillary Clinton has a new tune on fracking 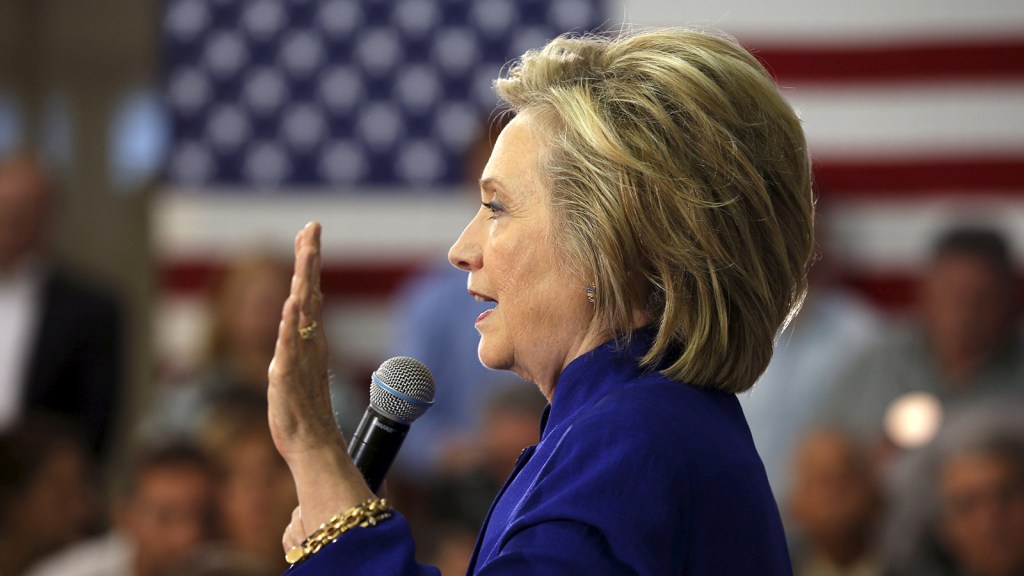 Hillary Clinton has a new tune on fracking

A college student asked Bernie Sanders and Hillary Clinton a simple question at the Flint, Mich., debate on Sunday night: “Do you support fracking?”

And Bernie Sanders had a simple answer: “No, I do not support fracking.”

FULL VIDEO: @BernieSanders explains his unequivocal opposition to fracking in all forms #DemDebatehttps://t.co/2bO7ygzA17

Hillary Clinton, though, needed more time to outline three conditions in a more nuanced answer on fracking. She’s against it “when any locality or any state is against it,” “when the release of methane or contamination of water is present,” and “unless we can require that anybody who fracks has to tell us exactly what chemicals they are using.”

Until those conditions are met, “we’ve got to regulate everything that is currently underway, and we have to have a system in place that prevents further fracking.”

“By the time we get through all of my conditions, I do not think there will be many places in America where fracking will continue to take place,” she added.

Clinton offered qualified support for fracking well before Sanders even registered in the presidential race. Addressing the National Clean Energy Summit in 2014, Clinton said, “we have to face head-on the legitimate, pressing environmental concerns about some new extraction practices and their impacts on local water, soil, and air supplies. Methane leaks in the production and transportation of natural gas are particularly troubling. So it’s crucial that we put in place smart regulations and enforce them, including deciding not to drill when the risks are too high.”

Yet, she sounded much more rosy on natural gas and fracking years ago than she does now. “With the right safeguards in place, gas is cleaner than coal. And expanding production is creating tens of thousands of new jobs,” she said in 2014. “And lower costs are helping give the United States a big competitive advantage in energy-intensive energies.”

As secretary of state in 2010, Clinton argued in favor of gas as “the cleanest fossil fuel available for power generation today,” and said that “if developed, shale gas could make an important contribution to our region’s energy supply, just as it does now for the United States.” Her office, meanwhile, promoted fracking in developing nations.

After leaving the Obama administration in 2014, Clinton still emphasized the benefits of fracking, implying that strict limits on fracking should be the exception to the rule. In 2016, Clinton has flipped her emphasis, as Sanders has gained an edge from his anti-fracking stance: Now, she suggests it will be a rare, unlikely case when fracking should be allowed.