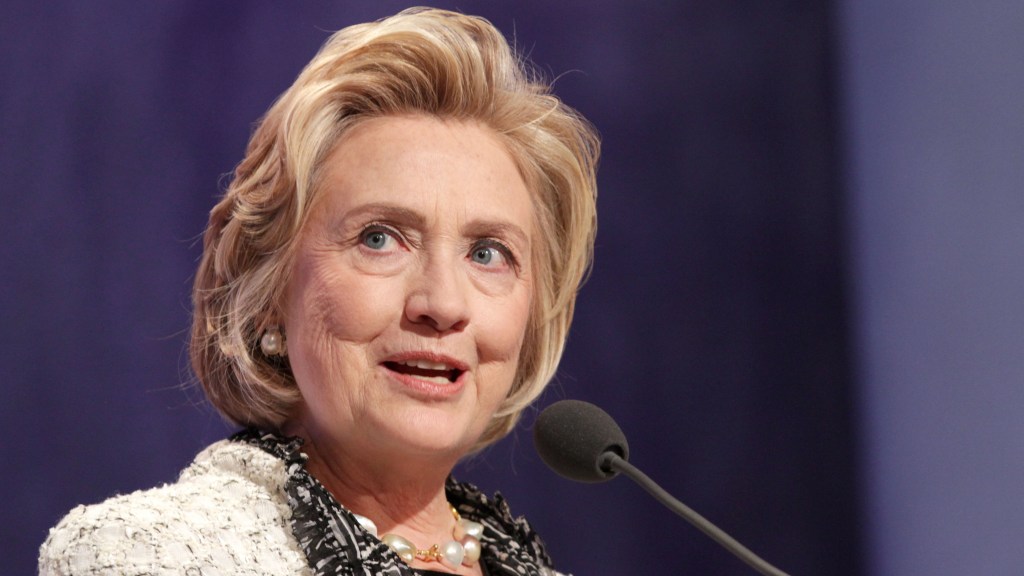 Hillary Clinton is talking up a storm as she promotes her new book on TV shows and at readings across the country, but there’s one subject she doesn’t feel like chatting about: the Keystone XL pipeline.

As secretary of state, Clinton oversaw some of the protracted decision making over whether to approve the pipeline to carry Canadian tar-sands oil to refineries on the Gulf Coast. So she understands the environmental issues involved. And she also appears to be highly sensitive to the political issues involved.

The Toronto Globe and Mail published a Q&A with Clinton that included an oddly framed question about Keystone and her waffling answer:

Most people believe that Washington’s partisan politics – not environmental concerns – have held up the decision on the Keystone pipeline. What do you say to Canadians who feel that our special relationship is being taken for granted?

Our relationship is so much bigger and more important than any one decision — even one as important as this is. Canada is critical to who we are and what we hope to do together in the future. We have no better relationship. [But] this particular decision is a very difficult one because there are so many factors at play. I can’t really comment at great length because I had responsibility for it and it’s been passed on and it wouldn’t be appropriate, but I hope that Canadians appreciate that the United States government — the Obama administration — is trying to get it right. And getting it right doesn’t mean you will agree or disagree with the decision, but that it will be one based on the best available evidence and all of the complex local, state, federal, interlocking laws and concerns.

So do you personally believe that the U.S. should go ahead with the pipeline?

In 2010, as secretary of state, Clinton said her department was “inclined” to sign off on the project “for several reasons,” including that “we’re either going to be dependent on dirty oil from the Gulf or dirty oil from Canada.” In the four years since then, her views have only gotten muddier. The Washington Post explains:

By embracing Keystone XL, Clinton would risk alienating herself from the liberal activist and donor wing of her party that mostly opposes the project. That includes billionaire climate activist Tom Steyer, who plans to spend big bucks supporting like-minded candidates this election cycle.

By opposing Keystone XL, she would risk losing more moderate supporters in red and purple states where she has more natural appeal than many Democrats.

Take West Virginia and Kentucky, two Appalachian, energy-producing states that lean Republican at the federal level. For a sense of how Keystone XL is playing in those states, consider that the Democratic U.S. Senate nominees in both states — Kentucky Secretary of State Alison Lundergan Grimes and West Virginia Secretary of State Natalie Tennant — favor the pipeline. …

Taking a position on such a highly-charged issue later won’t be easy. Doing so now would prove politically impossible. It’s no-brainer for Clinton to steer clear of one for as long as she can.

But it’s a pretty weak dodge for a woman touting a book entitled Hard Choices.