House Republicans to EPA: "We'll take your money and give it to fires!" 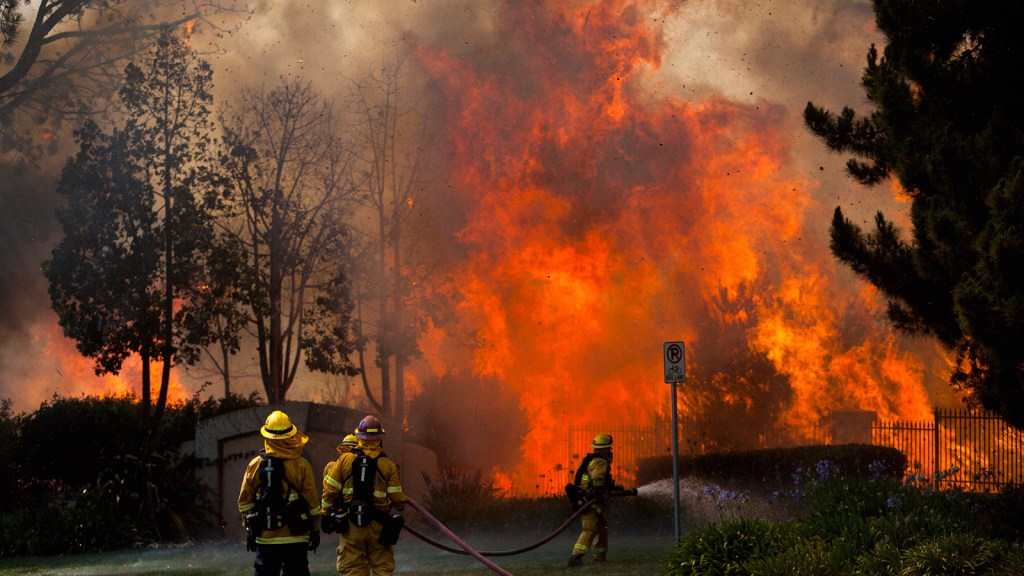 House Republicans to EPA: “We’ll take your money and give it to fires!”

Republicans in the House are pushing a budget bill that would cut EPA’s funding by 9 percent, or $717 million. It wasn’t hard to see this one coming. Republicans have long loathed the EPA.

But these days the loathing is even more intense than usual. Last month, President Obama unveiled a key component of his environmental legacy: proposed EPA rules to cut CO2 emissions from existing power plants, aka the Clean Power Plan. While many climate hawks have noted that the plan doesn’t cut emissions nearly enough, it does cut them enough to send House Republicans into apoplexy. So the proposed budget would stop the EPA from using any of its funds to work on rules to that curb carbon pollution from power plants, essentially defunding Obama’s new proposal as well as an earlier proposal to limit emissions from new power plants.

The budget bill would also stop the EPA from clarifying the scope of the Clean Water Act, which the agency wants to do so it can regulate wetlands and streams that feed into larger and more dramatic bodies of water. Critics of this EPA proposal say it’s a power grab that could drown regular folk in red tape. The EPA responds that this really is not the arrival of the water Stasi — puddles, backyards, and wet spots will remain ungoverned.

Lest they be thought of as anti-environmental, House Republicans propose funneling some of the savings from EPA cuts into firefighting programs, because love of firefighters seems to cut across all political boundaries — there is something impossibly romantic about people in heavy coats and hard hats surrounded by burning trees. But loving firefighters does not necessarily mean doing right by those firefighters. While Republicans acknowledge that fire fighting and fire prevention programs need more money, they refuse to acknowledge one of the reasons why: that climate disruption seems to be creating the kind of hot weather and crazy wind patterns that make wildfires worse. Here’s hoping this particular budget goes down in flames.