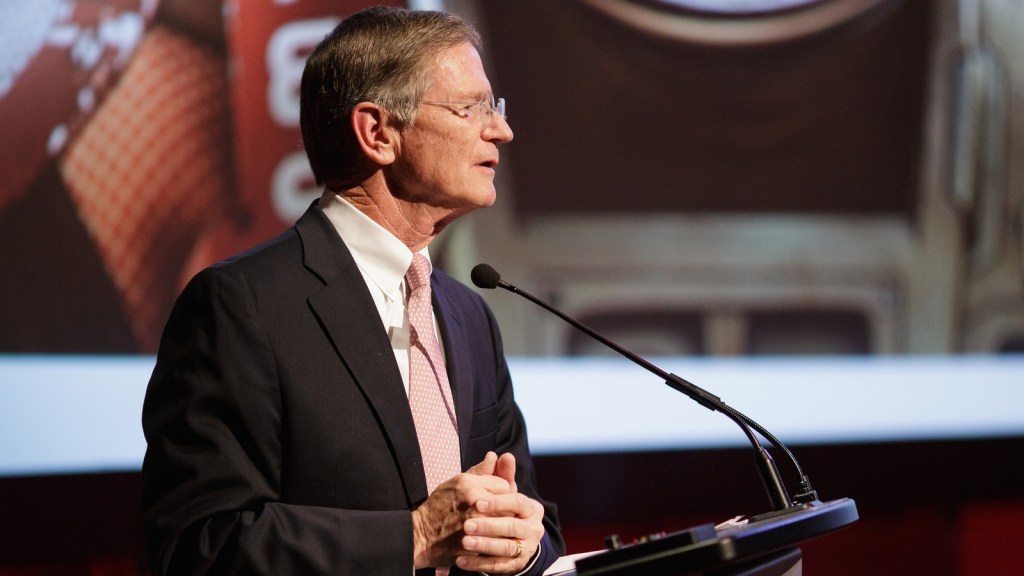 Lamar Smith — a Texas congressman and climate change denier who, for some reason, is also the chair of the House Science Committee — has quite a history of harassing scientists. Last year, he subpoenaed Kathryn Sullivan, the head of the National Oceanic and Atmospheric Administration (NOAA), for reams of communications from NOAA employees. Why? Because Smith is convinced that climate change is a big ‘ol liberal hoax, of course.

After a brief pause in his fruitless harassment of NOAA scientists, Smith revived his witch hunt early this week with a letter to Sullivan complaining that NOAA has been too slow to turn over all the documents Smith requested.  Specifically, Smith wants access to all communications that include the terms “temperature,” “climate,” “change,” “Paris,” “U.N.” “United Nations,” “clean power plan,” “regulations,” “Environmental Protection Agency (EPA),” “President,” “Obama,” “White House,” “Council on Environmental Quality (CEQ), “buoy,” and more. Smith’s request isn’t just a pain in the ass for NOAA, which would have to go through hundreds of thousands of documents, it also sets a dangerous precedent, says the Union of Concerned Scientists, which responded to Smith in a letter:

Your latest demand for documents related to the work of NOAA scientists is far too broad and aggressive, and continues to threaten the independence of all federal scientists. …

For example, your demand for the production of the correspondence of all National Environmental Satellite, Data, and Information Service employees containing the word “temperature” or the word “buoy” is astounding. It is hard to imagine very many emails that don’t contain the words in your search list. The use of the sledgehammer of a congressional subpoena to cast so wide a net is unprecedented and unjustified; at the same time it harasses and distracts scientists who are just doing their jobs.

Now, why is the chairman of the House Science, Space, and Technology Committee demanding that government scientists turn over their emails instead of conducting, you know, science? Well, it might have something to do with the fact that Lamar is the recipient of more than $600,000 in campaign contributions from the fossil fuel industry. Not saying there’s a conspiracy here or anything, but just to be sure, Smith should probably turn over emails of his own.