Hundreds arrested at anti-Keystone protest in front of White House 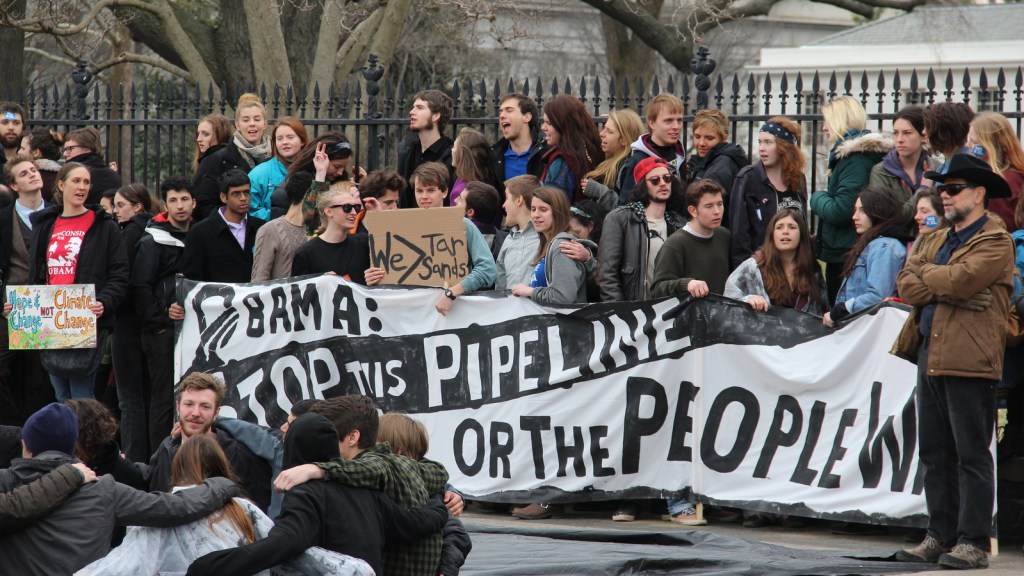 Hundreds arrested at anti-Keystone protest in front of White House

Nearly 400 anti-Keystone protestors were arrested on Sunday after zip-tying themselves to a fence in front of the White House. Activist group 350.org characterized the action as the “largest youth civil disobedience at the White House in a generation.”

Those arrested were part of a larger student-led protest coordinated by XL Dissent. Organizers estimated that 1,200 people total participated in the march and rally that called on President Obama and Secretary of State John Kerry to reject plans to build the Keystone XL pipeline.

Here are some photos and tweets from the scene:

#XLDissent An incredible scene at the #WhiteHouse as faux oil spill and hundreds plan to be arrested #NoKXL pic.twitter.com/snzNMYKeGL

The first of 398 arrests today at the #WhiteHouse in protest of the #KXL pipeline. pic.twitter.com/fhL7U6JU0O… http://t.co/ZW1CG8MF6N
Ukraine?

This cool @AP pic of #XLDissent from other side of the fence is a WSJ photo of the day pic.twitter.com/5e70epph8p