Memes and fake climate news are a bad combination 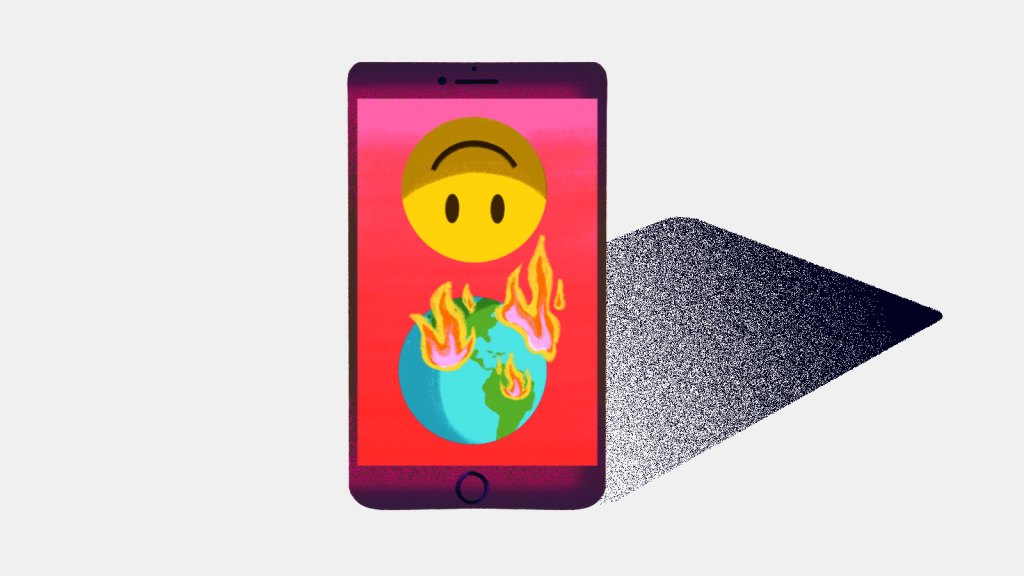 Memes and fake climate news are a bad combination

There are many ways to go about getting your news. But memes probably shouldn’t be one of them.

Picture this: You’re feeling Zoom-fatigued after a long, stressful day of remote work. Looking for something funny to offset a difficult day, you pick up your phone and open up the meme-sharing app iFunny. But instead of being met with a playful pet video or a witty ATLA reference, you’re bombarded with post after post bashing Joe Biden, Greta Thunberg, and the Green New Deal.

Those politically-charged iFunny memes aren’t just a blip. The Russian-owned meme-sharing site, which has an estimated 10 million monthly active users, has received criticism in the past for its heavily conservative, at times racist, and occasionally pro-violence posts. But especially since Joe Biden was elected, there looks to have been a surge in user-generated content taking aim at left-leaning climate policy.

Take the Keystone XL Pipeline, for example. That controversial piece of infrastructure may not sound like the best meme fodder, but Biden’s decision to cancel the project inspired a barrage of iFunny posts. Using screengrabs of a stony-faced Biden, users typed out rants about how the move had come at the cost of 57,000 U.S. jobs and oil independence. Others created memes saying that investing in electric vehicles would lead to big holes in the Earth as a result of lithium mining.

To be fair, these memes contain some kernels of a more complicated truth — Biden’s decision to cancel the Keystone XL Pipeline will result in job losses, though only around 1,000 for the company’s U.S. and Canadian workers; and even though the environmental impacts of lithium mining are serious, electric vehicles are still better for the planet (emissions-wise) than gas-powered cars. The posts’ missing pieces, misleading claims, and incorrect visuals (several lithium mine posts actually showed pictures of copper mines) place them squarely on the wrong side of the fake vs. real news divide.

To be clear, it’s not iFunny’s CEO who is creating these memes. Anyone can use the site to throw text on a screenshot or video, or upvote others’ posts by adding a “like” in the form of iFunny’s classic smiley face. But the site’s haphazard community moderator system makes it hard to weed out, for instance, posts threatening mass shootings. And while dumping on recent climate action isn’t a violation of the site’s terms of use, experts say memes still pose a kind of media literacy threat given how many people treat memes and social posts as a legitimate news source.

“Getting all of your news from memes is not a great way to stay informed,” said Daniel Funke from the Poynter Institute for Media Studies. “Because memes are easy to make and highly shareable, they are ideal vehicles for spreading misinformation. Unlike the majority of news, they don’t require an editing or fact-checking process. Plus, memes don’t make room for context or nuance, which are often central to understanding major news stories.”

According to a 2020 Pew Research report, 18 percent of Americans said they use social media as their primary source for political and election news. Those respondents tended to skew younger and whiter, and had lower political knowledge compared to people who got their information directly from news outlets. Part of the problem is that social media users were more likely to encounter unproven claims and conspiracy theories. And according to a study conducted last year, sites that blend news and satire make it more difficult for users to distinguish real news from fake news.

Grist reached out to iFunny for comment on the political and climate memes. We received a statement from their parent company referring us to iFunny’s 2020 politics community guidelines. These ask users not to post content that “calls for support of any political party or candidate,” though political satire and opinion are listed as acceptable.

Let’s remember what memes are. They’re flashes of ideas. They’re satire. They aren’t designed to tell the whole story. Much of the time, that’s not a problem because the message they’re spreading is all in good fun. But when they skew into fake news territory, be wary — it’s no longer a laughing matter.