Mitch McConnell likes procrastinating so much, he wants the whole country to do it 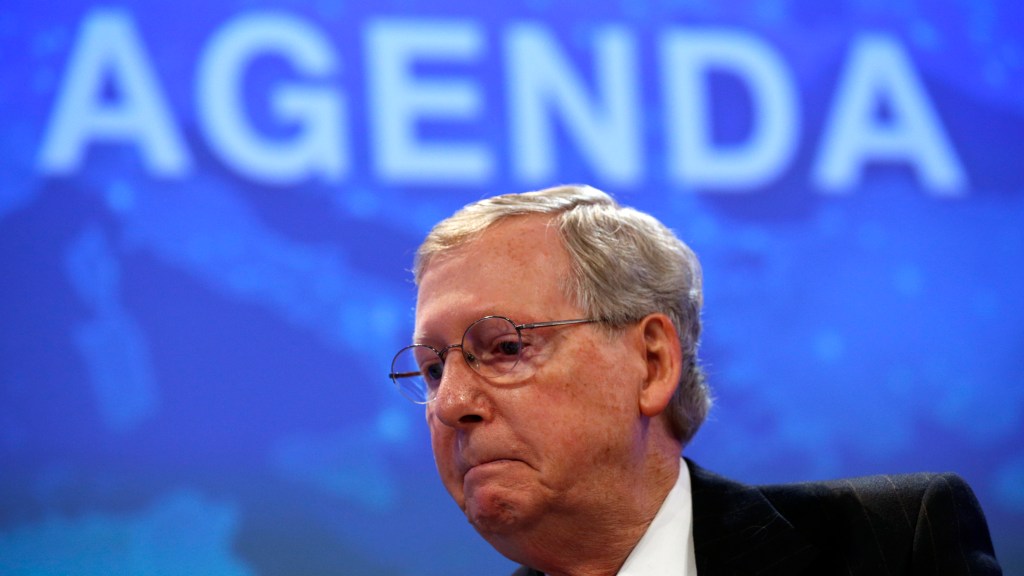 Mitch McConnell likes procrastinating so much, he wants the whole country to do it

The most powerful man in the Senate isn’t interested in doing his job, and he’s telling state leaders around the country: Why should you do yours?

That man would be Senate Majority Leader Mitch McConnell, whose steadfast refusal to consider a Supreme Court nominee until after the election gives new meaning to the word “dillydally.” Now the Kentucky Republican, in a letter published Monday to state governors, is also urging procrastination on another important issue: climate change.

McConnell is referring specifically to the Environmental Protection Agency’s Clean Power Plan, which requires states to submit plans for curbing carbon pollution from power plants an average of 32 percent by 2030. It’s the centerpiece of President Obama’s climate-fighting agenda, and McConnell has been urging states to drag their heels since the EPA issued the rule a year ago, when he told them to “just say no.”  McConnell argued that states should refuse to submit a carbon-cutting plan to the EPA as a means of protest, even though legal experts dismissed his reasoning.

Now McConnell is emboldened by the Supreme Court’s unexpected decision in February to stay the Clean Power Plan while the U.S. Court of Appeals for the D.C. Circuit decides the case. If the courts do uphold the rule, McConnell insists there is no risk for states to stop planning for implementation. “[E]ven if the CPP is ultimately upheld,” he writes to governors, “the clock would start over and your states would have ample time to formulate and submit a plan; but if the court overturns the CPP as I predict, your citizens would not be left with unnecessary economic harm.”

Legal scholars say McConnell is once again giving terrible advice. “No one knows how it’s going to play out” in the courts, New York University Institute for Policy Integrity Senior Attorney Jack Lienke (and sometime Grist contributor) told me. “All we know is the rule is stayed until this litigation is resolved, and we don’t know exactly how it’s going to be resolved.”

There’s no reason for states to assume that if they stop their work now, the “clock would start over” and their time to implement the Clean Power Plan would be extended if the rule is upheld, Lienke said. The courts could do any number of things, as could the EPA. “It is bad advice to suggest they should count on that happening. The Supreme Court orders granting the stay didn’t say anything about holding up deadlines.”

Since the Supreme Court’s stay was issued last month, 19 states have kept working toward the Clean Power Plan regs, while 19 states have halted their efforts (four states are exempt because they have so few coal-fired power plants sector). McConnell’s letter is meant to help sway the nine states still debating what to do into the procrastinator’s column.

Ironically, his advice could wind up hurting the coal-reliant states (like his home state of Kentucky) that need extra time to begin a clean-energy transition. Foot dragging might be McConnell’s speciality, but it’s no good for anything but his political machinations.