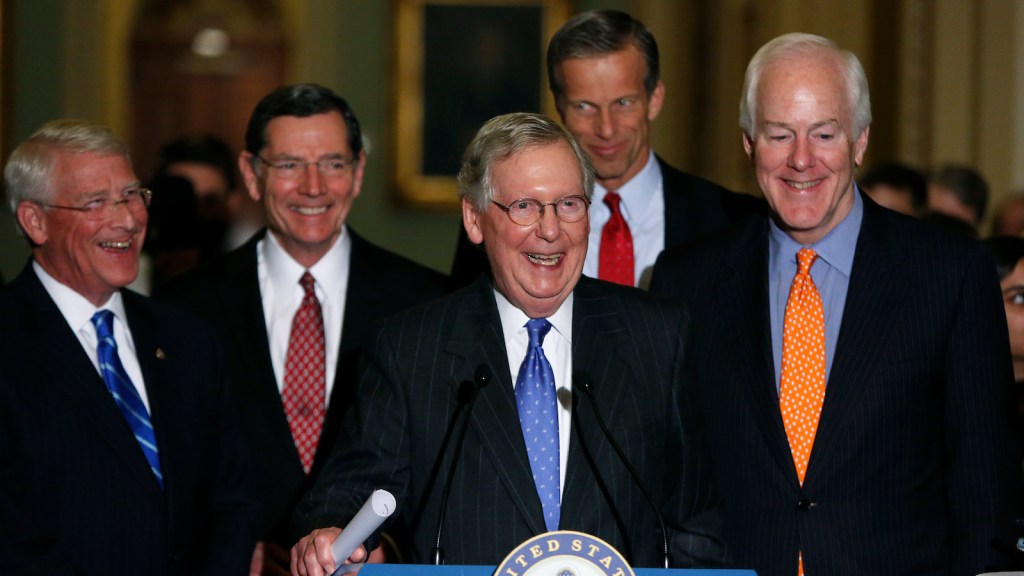 In early June, the Senate passed a sweeping bill that revamps how federal regulators handle chemical safety, after Sen. Rand Paul (R-Ky.) lifted a last-minute hold on a vote. Because the House already passed the same reconciled version, the bill headed to President Barack Obama, who signed the legislation into law on Wednesday.

Which means a Republican-controlled Congress managed to do something that no Congress since 1976 had been able to do: Overhaul the Toxic Substances Control Act, a flawed, unenforceable law that gave the EPA just 90 days to study whether a new chemical was dangerous. It didn’t even allow the EPA to regulate asbestos-containing products, the U.S. Court of Appeals ruled in 1989.

The new bill means the EPA can finally evaluate cancer-linked substances like BPA and styrene used in plastics and formaldehyde found in fabrics and cars. It establishes uniform standards for evaluating about 20 chemicals at a time, and means more funding can be directed toward studying high-priority problem chemicals, especially those used near drinking water.

In extreme cases, the law might lead to a ban on certain chemicals. In others, it might mean more warning labels or limited use.

For a little perspective on just how great a task the EPA now has ahead, there are some 64,000 unregulated chemicals on the market.

No law, much less one coming from a conservative Congress, is perfect. And the industry won at least one key fight: States won’t be able to restrict or ban chemicals if they’re under review by the EPA. That’s why the Environmental Working Group opposed the bill, and why New York’s attorney general said he was disappointed in it. But most health and green groups accepted the compromise bill as an overall win.

This was a rare instance in which the manufacturers and chemical industries were on the same side as environmental and public health advocates: Everyone knew the current system was broken and needed to be fixed, and still it took many years to reach a compromise. Even the Senate’s resident science denier James Inhofe (R-Okla.) endorsed the bill.

But don’t expect to see this kind of cooperation on other public health issues, from lead-poisoned water to any of the threats posed by climate change. For that, we’ll need a very different Congress — and we can’t afford to wait another 40 years to get it.