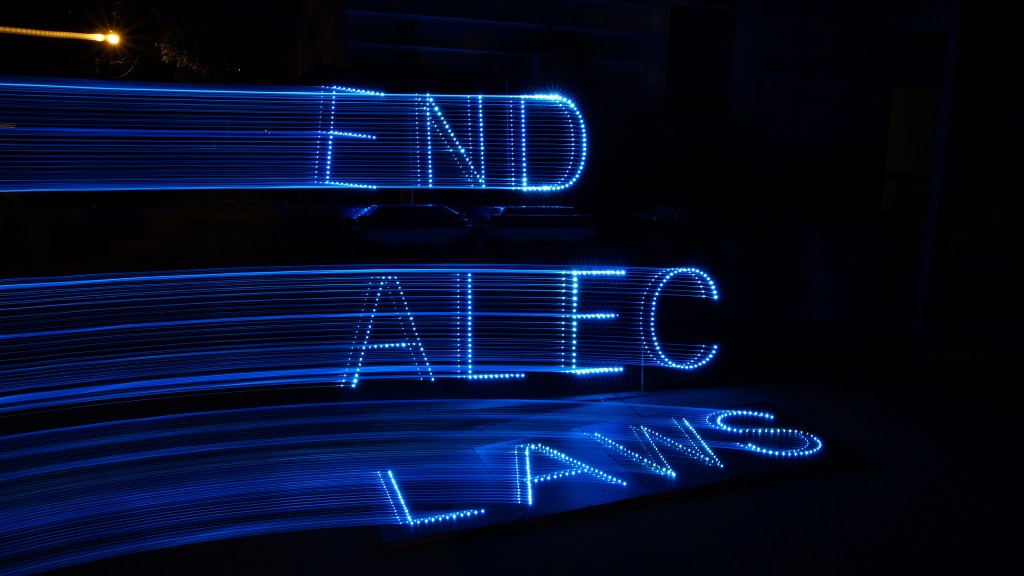 Pity the poor right-wing schemers at the American Legislative Exchange Council. Things are just not going their way.

ALEC is a corporate- and Koch-funded group that pushes conservative bills in state legislatures around the country. Among many others, it’s promoted bills to roll back renewable energy standards (unsuccessfully so far), and now it’s trying to undermine net-metering rules that benefit solar-panel owners. In the first seven months of this year, ALEC helped get at least 77 anti-environmental bills introduced into 34 statehouses, according to the Center for Media and Democracy.

But it was ALEC’s advocacy for so-called “stand your ground” laws, made famous in the wake of the Trayvon Martin shooting, that started scaring off corporate donors.

Now, as The Guardian reports, ALEC has a big budget hole. And as a trove of internal ALEC documents reveals, the group is also facing declining membership among state legislators and potential concerns that it could be targeted for improper lobbying.

The Guardian has learned that the American Legislative Exchange Council (Alec), which shapes and promotes legislation at state level across the US, has identified more than 40 lapsed corporate members it wants to attract back into the fold under a scheme referred to in its documents as the “Prodigal Son Project”.

The target firms include commercial giants such as Amazon, Coca-Cola, General Electric, Kraft, McDonald’s and Walmart, all of which cut ties with the group following the furore over the killing of the unarmed black teenager Trayvon Martin in Florida in February 2012. …

The Guardian has learned that by Alec’s own reckoning the network has lost almost 400 state legislators from its membership over the past two years, as well as more than 60 corporations that form the core of its funding. In the first six months of this year it suffered a hole in its budget of more than a third of its projected income.

And it’s got dirty energy on the agenda too, as DeSmogBlog notes:

These findings by The Guardian come just one day before ALEC’s forthcoming States and Nation Policy Summit in Washington, DC, in which pro-fracking and anti-regulatory model bills and presentations will be the centerpiece of the Energy, Environment and Agriculture Task Force’s convening. Shale gas industry lobbying powerhouse America’s Natural Gas Alliance will be named as a corporate member at the meeting.

A little “stand your ground” advocacy isn’t enough to scare off the companies that want to poison your ground.