Trump and his hairspray leave cloud of weird in coal country 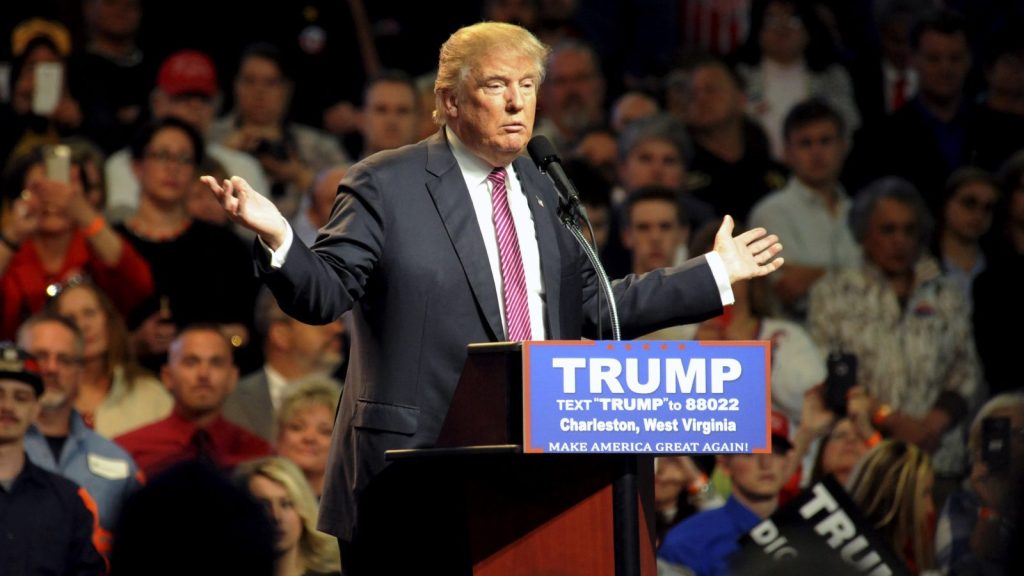 Trump and his hairspray leave cloud of weird in coal country

Donald “Climate Change Is a Hoax” Trump told voters in West Virginia last week not to bother going to the polls for the state’s primary on Tuesday. “You don’t have to vote anymore, save your vote for the general election, forget this one, the primary’s done,” Trump told the crowd at a campaign stop in the state’s capital, the Charleston Gazette-Mail reports. That doesn’t sound like a comment from a politician — what kind of candidate tells people not to vote? — but of course, Trump isn’t one.

Still, it was not the most bizarre occurrence at the Charleston rally: That honor is reserved for the moment Trump donned a hard hat and did a little working-in-the-coal-mine dance.

The coal-loving crowd ate it right up. Many of them stood in the audience holding “Trump digs coal” signs.

As the Gazette-Mail points out, this is quite a change of attitude toward the mining community. In 1990, Trump told Playboy, “If I had been the son of a coal miner, I would have left the damn mines. But most people don’t have the imagination — or whatever — to leave their mine. They don’t have it.”

Trump, naturally, blames the coal industry’s troubles on the EPA, an agency he plans to shut down. But the reality is that coal is suffering because natural gas is beating it in the marketplace and demand from China is declining — trends a President Trump would be unlikely to reverse.

“I said, ‘Wait a minute — so if I take hairspray and if I spray it in my apartment, which is all sealed, you’re telling me that affects the ozone layer?’” “‘Yes.’” I say, no way, folks. No way!”

“No way!” he added to cheers. “That’s like a lot of the rules and regulations you people have in the mines, right? It’s the same kind of stuff.”

Bemoaning the ineffectiveness of modern-day hairspray may seem like an odd way to relate to miners, but, hey, Trump’s shtick is clearly working for him.

After the rally, Trump said the crowd in Charleston numbered 28,000. The fire marshal’s count, says the Gazette-Mail, was 11,600.