Yeah, yeah, you know — the world population is hitting 7 billion this year. Here are some facts about the world’s people that you might not already be familiar with.

9.3 billion — potential world population in 2050, according to the U.N.’s medium projection 3

10.1 billion — potential world population in 2100, according to the U.N.’s medium projection 3

15.8 billion — potential world population in 2100 if fertility rates don’t fall as much as expected, according to the U.N.’s high projection 3

100-1,000 — factor by which the extinction rate of species has increased since Homo sapiens came onto the scene 5

350,000 — number of Endangered Species Condoms the Center for Biological Diversity gave away in 2010 8

100,000 — number of Endangered Species Condoms the center plans to give away this fall, with your help 8

0.9 — number of children born to the average woman in Taiwan, the country with the world’s lowest fertility rate 4

7.0 — number of children born to the average woman in Niger, the country with the world’s highest fertility rate 4

1.35 billion — population of China, the most populous nation on earth 4

1.24 billion — population of India, the second most populous nation 4

312 million — population of the U.S., the third most populous nation 4

18 — percentage of global CO2 from fossil-fuel burning emitted in the U.S. 16

1 — rank of the U.S. in terms of overall global energy consumption 17

0 — chance of the Voluntary Human Extinction Movement achieving its goal

3. “World Population to Reach 10 Billion by 2100 if Fertility in All Countries Converges to Replacement Level” [PDF], United Nations.

14. “World carbon dioxide emissions data by country: China speeds ahead of the rest,” The Guardian.

What you don’t know about women, climate change, and population [VIDEO]

Here's a population angle you might not have considered before: Family planning can help women adapt to climate change that's already happening.

"Science" magazine took the good bits from its recent special issue on population and squished them into this handy video. 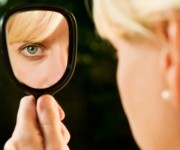 Population growth tends to get blamed on other people. But actually the population problem is all about me: white, middle-class, American me.
See all articles in this series