A new satellite will save lives -- with lightning 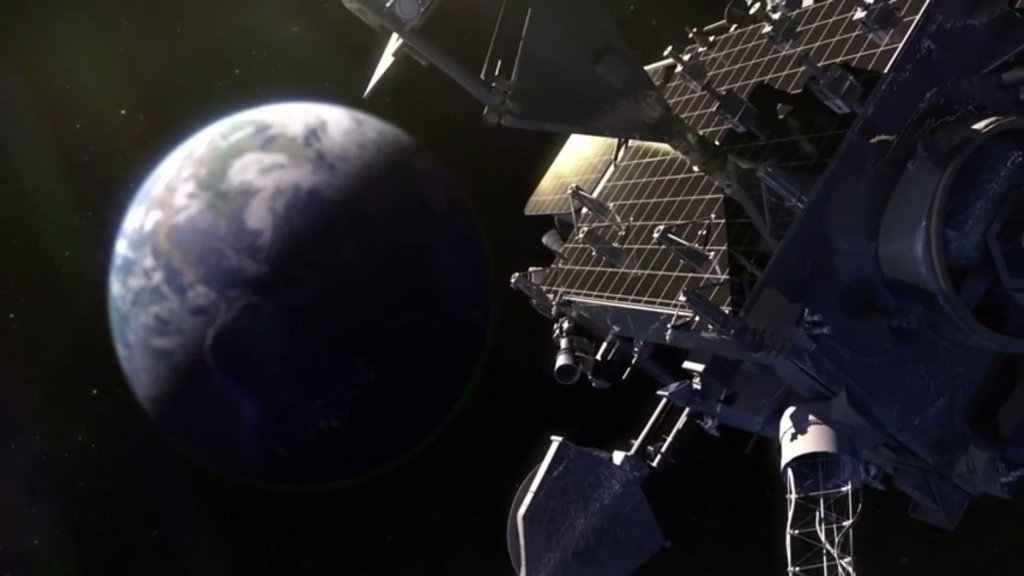 NOAA
bolt from the blue

A new satellite will save lives — with lightning

Most lightning never makes it to the ground. It crackles inside the clouds looming high above the storm, churned up by tumbling ice crystals like so much static in the blankets. The bigger and more powerful the storm, the more lightning it generates, most of it invisible.

That hidden lightning is a clue that scientists want to use to better track and predict extreme weather. On Saturday, NASA will launch a new NOAA weather satellite that will make things like hurricane forecasts and tornado warnings more accurate. It will also, importantly, help untangle the role that climate plays in these events.

You’re probably familiar with the grainy satellite images of a hurricane turning in pixelated stutter-step on the local news. Those images come from weather satellites, many of which haven’t been updated in decades. Without enough detail to see what is happening inside a storm, forecasters have a hard time predicting what it will do next. That’s where the new satellite, called GOES-R (for “Geostationary Operational Environmental Satellite”), comes in.

GOES-R will orbit in lockstep with Earth, hovering in place about 22,240 miles above Mississippi. From there, it will watch weather moving over most of the Western Hemisphere. Its sensors will be able to focus on hurricanes spinning up the U.S. coast, taking high-resolution pictures of them in the full spectrum of visible light, ultraviolet, and infrared, and updating the pictures five times faster than any satellite in operation today.

Plus, GOES-R will be able to detect 80 percent of lightning generated by a storm, even the lightning that never leaves the cloud. Check it out:

Saturday’s launch comes at a time of growing concern from scientists over the incoming administration’s approach to basic scientific research. There’s the unscientific approach to reality of the president-elect himself, for starters, further fueled by statements from his advisors on space policy, who asserted that NASA should slash the chunk of its budget devoted to “politically correct environmental monitoring.”

So it’s worth repeating that NASA’s environmental monitoring encompasses a whole lot of useful stuff. Michael Freilich, head of NASA’s Earth Science division, points out that the agency’s satellites track soil moisture, snowpack, aquifer levels, solar flares, air pollution, and much more. (And that’s in addition to the weather forecasting NOAA does, which have huge implications for everything from agriculture to air travel to international shipping to when your cousin schedules her beachfront wedding.) Being able to keep tabs on all those factors has huge consequences for human industry and quality of life, both on a daily basis and in our ability to make long-term plans.

In fact, scientific monitoring of Earth is the first objective of the Space Act that established NASA: “The expansion of human knowledge of the Earth and of phenomena in the atmosphere and space.”

“What we are doing here in the NASA program is understanding the whole Earth as an integrated system, by bringing all of these diverse measurements together,” Freilich says. “This is really only possible from the vantage point of space.”

Satellites let scientists zoom out to the largest scales of our planet, as well as follow specific events in real time. GOES-R will be able to do that to a whole new level, transmitting pictures of most of the Western Hemisphere every 15 minutes — and of specific extreme weather events as often as every 30 seconds.

In one of those ironic twists, GOES-R’s launch was threatened last month by Hurricane Matthew. The satellite had to be secured by technicians at the Kennedy Space Center outside of Orlando even as Florida evacuated its coastal cities. Until the storm made landfall, no one could say for sure where it would hit or what would happen after that.

GOES-R will give forecasters a better picture of what’s happening inside a storm like Matthew, and therefore better models for what it could do next. What’s more, it may give people in harm’s way a more realistic sense of what a storm could do.

“My hope is with this higher resolution, the public will be more reactive,” says Steven Goodman, senior scientist on the GOES mission. Despite Hurricane Matthew’s evacuation orders, many people stayed in their homes or trailers to ride out the storm — and many of those people had to be rescued later. “Hopefully once we get it on television, they’ll be willing to take actions because it will be so much more real to them.”

As storms like Matthew become stronger and more dangerous under the influence of a changing climate, accurate forecasts and reliable data collection are more important than ever. GOES-R, followed by three more satellites in its series, will officially come online in 2017 and run until 2036, gathering detailed observations of our climate the whole time. Researchers studying long-term variations in weather patterns will be able to use that data to look at everything from changes in cloud structure or distribution of lightning, to bigger trends like El Niño and La Niña.

All of that will give us a better sense of how to navigate a dangerous and often unpredictable planet. Increasingly, our ability to survive and thrive on Earth depends on our ability to see our world in HD.