Elephant seals are doing science, so grad students don’t have to 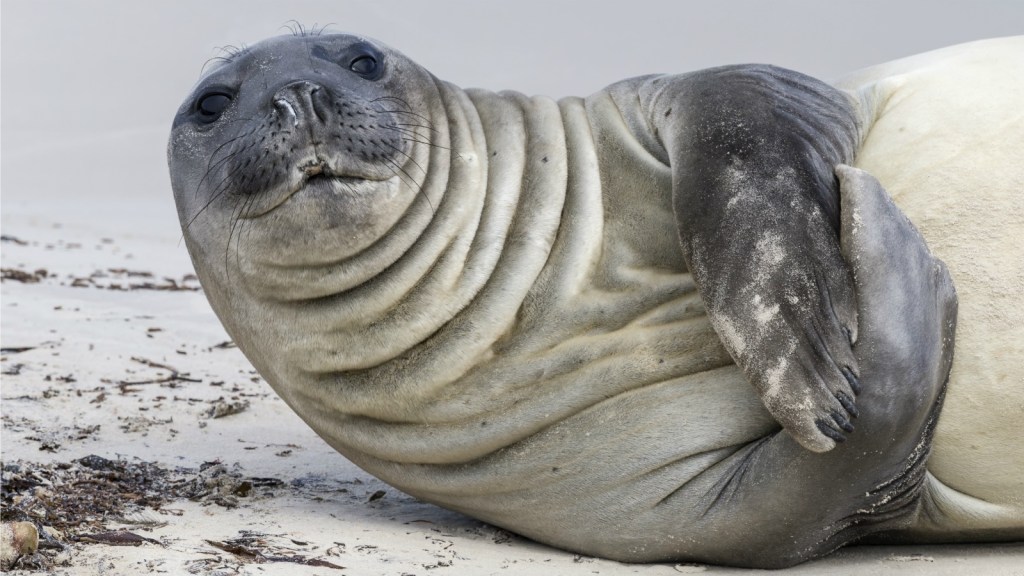 Elephant seals are doing science, so grad students don’t have to

Sometimes, blubber is enough to qualify one as a science researcher.

Scientists have confirmed in the journal Geophysical Research Letters the culprit that’s been warming the Antarctic’s marine glaciers from below. And they figured it out by outfitting southern elephant seals with mini sensors.

“Circumpolar Deep Water” (CDW) — a relatively balmy mass of deep-sea water that rings the continent — could be exacerbating the West Antarctic Ice Sheet’s steady thaw in our warming climate. Researchers suspected this to be the case, but exactly how the CDW has been moving further inland and lapping at the ice shelf has remained a mystery.

Until the seals fact-checked it for us. Researchers partnered with Marine Mammals Exploring the Oceans Pole to Pole (MEOP) — a program that helps scientists tag animals since 2004 — to fit elephant seals with sensors tracking water temperature, salinity and depth. The sensors do not affect the animals’ movements and drop off after six months, the study’s lead author told The Washington Post.

Thousands of dive measurements collected by seals along West Antarctic’s coast indicate that the Belgica Trough — a deep ancient gash in the seabed — extends towards the coast. It acts as a sort of deep-sea funnel for the CDW, channeling it further inland where it gets to work melting the ice shelf. The study doesn’t explicitly connect the phenomenon to climate change, but prior research indicates that the CDW has been warming steadily since the 1970s.

By understanding how deep ocean currents work, scientists can better monitor the stability of the West Antarctic ice sheet. If the ice sheet dissolves, it could cause a 3-foot rise in sea levels by 2100, and a 49-foot rise over several centuries.

We’re getting a bit better at understanding these trends, thanks to a little research help from creatures capable of diving hundreds of meters deep in freezing water in the most remote parts of the world.