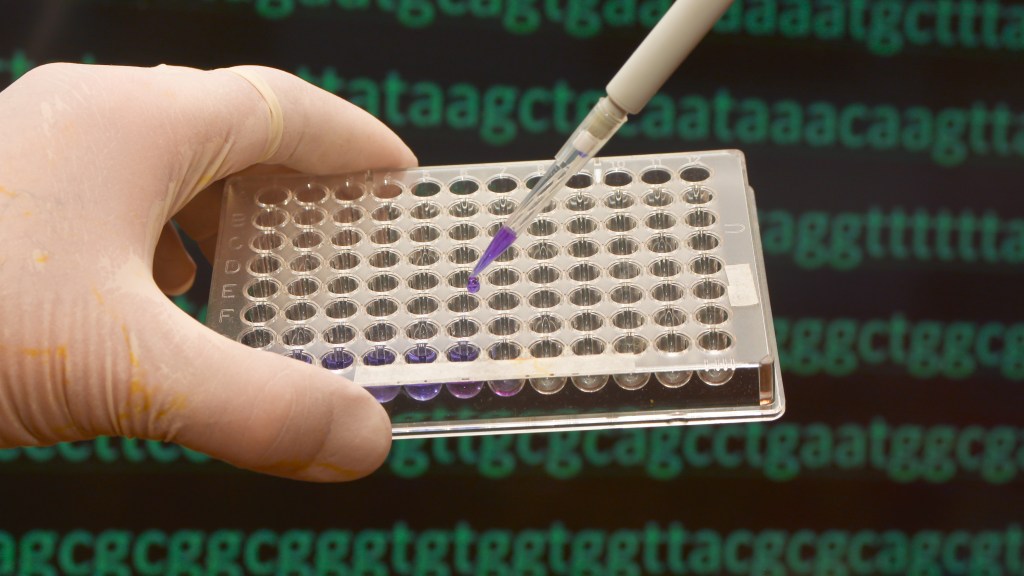 The modern-day “hacker,” as portrayed in popular culture, is a human subspecies native to basements, back rooms, and warehouses. They often sport multiple piercings and complicated hairstyles. They tend to wear perpetual looks of disdain and, indifferent toward mental or physical health, feed on fast food and vending machine fare — a peculiar preference, given the inconvenience of sticky fingers on keyboards.

But this stereotype might be changing, the Wall Street Journal reports, because just as the hackers of yore co-evolved with the internet boom, there’s a new kind of hacker co-evolving with the biotech boom. Sebastian Cocioba, a 25-year-old resident of Queens, NY, is one such “biohacker.” Here’s more from the Wall Street Journal:

Born into an earlier generation, Mr. Cocioba might have spent hours writing computer programs. Instead he is at the vanguard of a millennial niche: do-it-yourself bioengineering. In place of a keyboard, he has a homemade “gene gun” that fires genetic material into plants on a blast of tiny tungsten particles.

A growing coterie of plant hackers and synthetic biology startups have their sights set on creating some bizarre and wondrous creations: glowing plants, fragrant moss and flowers that change colors when you pour beer into the soil.

Still, even though new hackers like Cocioba are tinkering with genes, rather than computer code, some old hacker tropes remain. Cocioba, for example, is largely self-taught, having dropped out of Stony Brook University after studying biology, and currently lives with his parents (he turned their third bedroom into a laboratory). He learned most of what he knows about genetic engineering from the internet, according to the Wall Street Journal.

Cocioba began simply, cloning orchids by growing new plants from cuttings of existing ones. But today, Cocioba works as a scientific consultant in the Bio Art Lab at the School of Visual Arts in Manhattan. He and the lab’s director, Suzanne Anker, are now trying to create the “holy grail” of plant hacking: a blue rose.

“I think the main reason why people are trying to make blue plants is because there are very few, if any, blue plants out there that are manipulatable or growable in a specific condition — basically because those high saturation colors just simply do not exist in nature,” Cocioba told the Wall Street Journal. Check out this video to learn more about the project.

Cocioba says that he doesn’t see this kind of plant hacking causing the same kind of uproar that plagues the larger GMO debate. These experiments are contained, he says, and besides — it’s not like he’s messing with mammalian tissue or a potentially dangerous pathogen.

That’s probably true: It’s hard to imagine people getting all up-in-arms over a blue flower. It’s also hard to imagine people getting super-stoked about one. And therein lies a key difference between computer hackers and biohackers. Computer hackers were misfits and rebels. They had edgy personalities and nicknames like Razor and Blade and said things like “Remember, hacking is more than just a crime. It’s a survival trait.”

Now, there’s nothing wrong with being a well-groomed, participating member of society. I, for one, am glad that Cocioba isn’t brooding up in his laboratory, biohacking a super pathogen to release on the drones of society, sleepwalking and snapchatting their way through the digital age, or whatever.  But a word of advice, biohackers? Keep the nicknames. You might not be sticking in to The Man with your blue roses and cloned orchids, but you can at least sound like you are. Here are a few suggestions: DN-Agitator, Lab Rat, The Chaotic Chromosome, and Gene Trimmons (I’m available for consults).