These carbon-hungry blobs could help fix our oceans 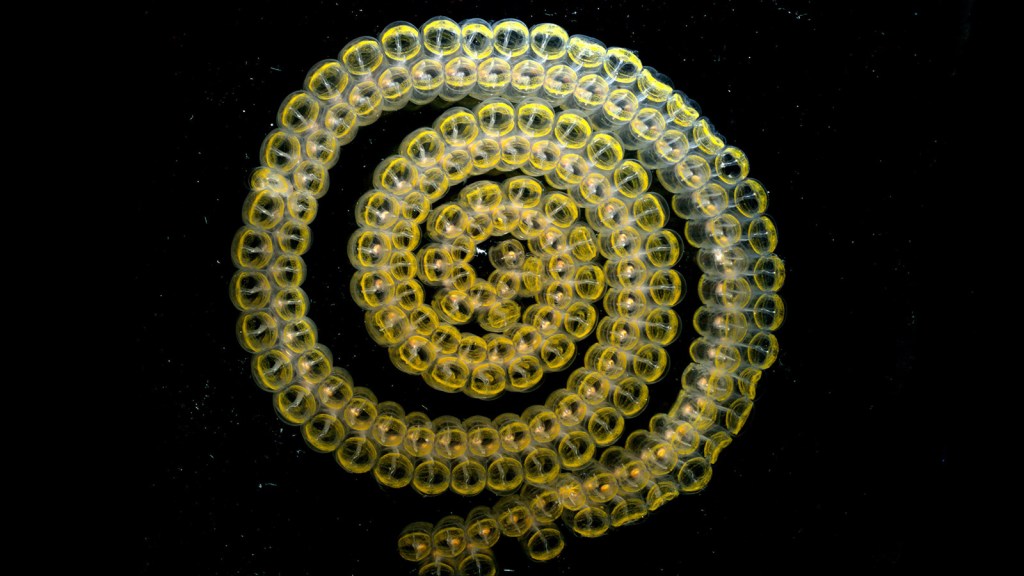 These carbon-hungry blobs could help fix our oceans

Hey, beachgoers: Have you ever ventured into the ocean on a steaming hot day, eager to splash around in the cold waves, and found yourself entirely surrounded by a bunch of translucent gooey blobs? Have no fear – you’re probably not being swarmed by tiny jellyfish or swimming in the remnants of a sea turtle’s messy meal.

In fact, you most likely found some harmless salps, which are washing up along the coastal United States, National Geographic reports. Salps are barrel-shaped ocean invertebrates that belong to a group called tunicates, and they also feel extremely gross against your legs.

But you’ll just have to deal with that squishy sensation, because salps are also tiny climate-change fighters! National Geographic has the details:

Salps’ cloning tendencies also let them take advantage of algae blooms. The animals gorge themselves on the algae and pump out chains of salp babies. All that eating also produces large fecal pellets that “sink rapidly, as much as a thousand meters a day,” [says Larry Madin, executive vice president and director of research at the Woods Hole Oceanographic Institution in Massachusetts].

This is a salp’s secret weapon against climate change. The algae that they eat uses carbon dioxide from the atmosphere to grow. The salps then eat the algae and all that carbon. When the animals produce their pellets, that carbon sinks to the bottom of the ocean where it’s essentially removed from the carbon cycle.

Essentially, salps repackage carbon into big pieces that sink very quickly into the ocean, [says Paul Bologna, director of Montclair State University’s marine biology and coastal sciences program in New Jersey]. “It’s one way of trying to balance out how much CO2 is in the atmosphere.”

However, we can’t all be perfect:

Madin is skeptical that the salps will be able to keep up with the increased carbon in the atmosphere, but notes that salps can eat much smaller particles of plankton than animals like crustaceans and copepods. “One thing we see with warming temperatures is that the types of phytoplankton species are changing from larger ones, like diatoms, to smaller ones which we call picoplankton,” he explains.

So, if the oceans keep warming, we might be seeing even more of our gelatinous friends. Surf’s up, salps!