This new digital tool can help fight overfishing around the world 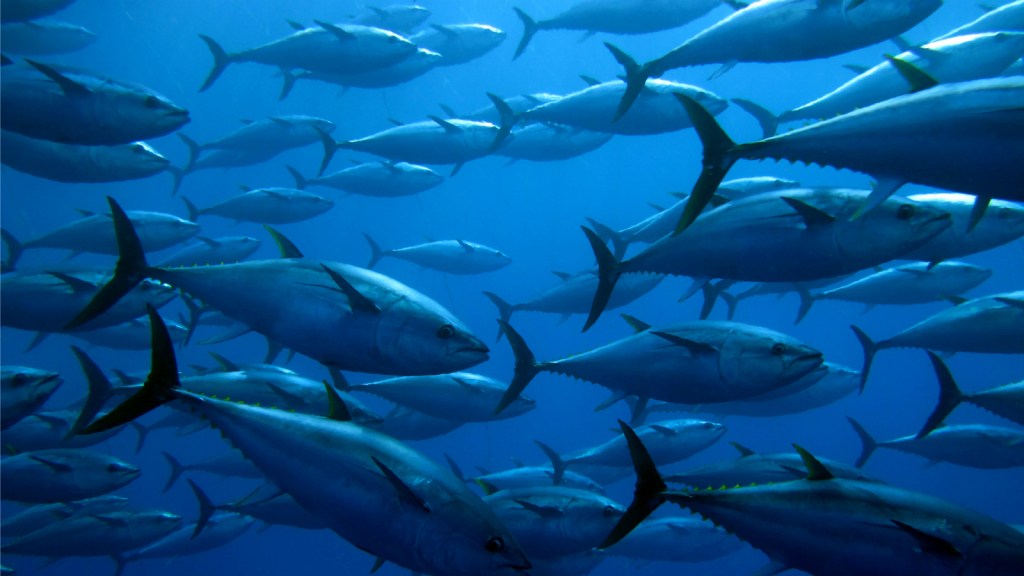 This new digital tool can help fight overfishing around the world

Our oceans are in crisis. But now there’s a new way for citizens across the globe to join efforts to save the seas, thanks to the launch of a unique online technology platform. Called Global Fishing Watch, this revolutionary tool will expose the secrets of global commercial fishing companies, including some illegal and irresponsible practices that would otherwise go unnoticed.

One of the gravest threats to our oceans is overfishing, which is systematically destroying ecosystems. According to a 2016 report by the United Nations Food and Agriculture Organization, nearly one third of marine fish stocks worldwide have been overfished. This is no small issue given that the world’s oceans feed hundreds of millions of people and provide livelihoods to countless fishermen and others around the world. We know that healthy oceans have the capacity to provide a seafood meal to a billion people every day, which is essential to our ever-growing world population.

Illegal, unreported, and unregulated fishing are the primary contributors to overfishing. Large commercial fishing vessels routinely fish in restricted areas, ignore quotas, catch prohibited species, and fail to accurately report catches — practices that result in an estimated 11–26 million tons of fish being caught each year and $10–23 billion in economic losses for countries and local communities. These activities are conducted far out at sea, over the horizon and beyond the reach of regulators operating with limited budgets and scarce resources. The commercial fishing industry has had all the advantages of doing business under the cover of darkness … until now.

In November 2014, Oceana, SkyTruth, and Google announced an ambitious partnership to develop an innovative technology that would enable anyone with an internet connection to monitor when and where commercial fishing is happening around the globe. Their collaboration has resulted in an exciting announcement today at the U.S. State Department’s Our Ocean Conference: the official launch of this new technology, Global Fishing Watch.

Global Fishing Watch uses satellite tracking data to reveal the movements of at least 35,000 commercial fishing vessels around the world. Now anyone can see the activity of a specific vessel — near their home country or anywhere in the world — and whether that activity appears to be suspicious or suggestive of illegal fishing. Suddenly, with the flick of a switch, the commercial fishing industry will have the eyes of people around the globe on their activities in near real-time.

For example, Global Fishing Watch provided data to the government of Kiribati that allowed it to show that Marshalls 203, a Marshall Islands–flagged vessel, was fishing illegally in the Phoenix Islands Protected Area, which is off-limits to commercial fishing. This helped the country secure a $1 million fine against the Central Pacific Fishing Company, the owner of Marshalls 203. The company also made a special “goodwill arrangement” with the government, agreeing to pay an additional $1 million in the form of a grant.

Governments and regional fishery management organizations that are charged with formulating and enforcing fishing policies will be able to improve enforcement by using Global Fishing Watch. Organizations and businesses that make up the seafood supply chain — including fishermen, certifiers, distributors, processers, importers, and retailers — can all utilize Global Fishing Watch to help demonstrate that their fish are legally and sustainably caught, reducing seafood fraud. And the public will no longer have to rely solely on governments to track overfishing. Citizens empowered with information can demand meaningful enforcement, which is essential to managing fish populations and bringing back a healthy, biodiverse, and maximally productive ocean.

This is a watershed moment for our oceans and one that will serve as a model for tackling other complex global environmental and social issues. People all around the world are more connected and more motivated than ever to stand up and take action to achieve positive changes in their communities and beyond. Global Fishing Watch demonstrates the potential power of technology to transform engaged citizens into powerful advocates. For the health of our oceans and the sake of future generations, we hope Global Fishing Watch is arriving just in time.

Ted Danson is an actor, ocean advocate, and board member of Oceana.