Humans have gotten very good at causing earthquakes. Humans who work for the oil and gas industry, that is. They’ve gotten so good, in fact, that the U.S. Geological Survey has decided that it needs to start forecasting human-caused earthquakes in addition to the natural ones that it’s been forecasting for decades. 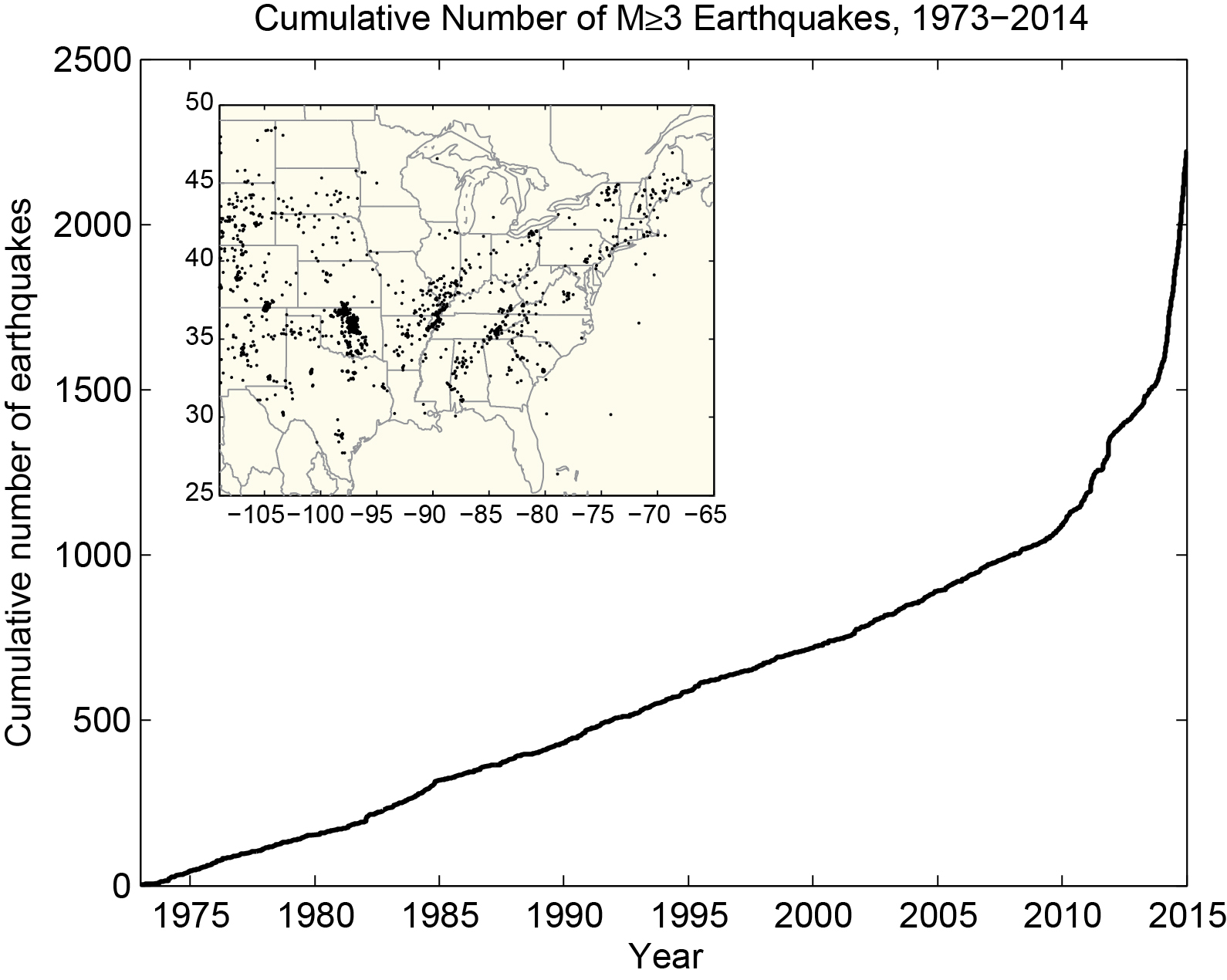 Cumulative number of earthquakes with a magnitude of 3.0 or larger in the central and eastern United States, 1973-2014. The rate of earthquakes began to increase starting around 2009 and accelerated in 2013-2014.USGS

Scientists attribute this rise to “induced” earthquakes caused when we inject wastewater from gas and oil extraction sites into disposal wells.

“These earthquakes are occurring at a higher rate than ever before and pose a much greater risk to people living nearby. The USGS is developing methods that overcome the challenges in assessing seismic hazards in these regions in order to support decisions that help keep communities safe from ground shaking,” Mark Peterson, chief of the USGS National Seismic Hazard Modeling Project, said yesterday in a press release.

Traditionally, the USGS has put out a map every six years showing which parts of the country are most likely to experience earthquakes within 50 years, but those maps have never included induced earthquakes. Here’s the latest, which came out in 2014: 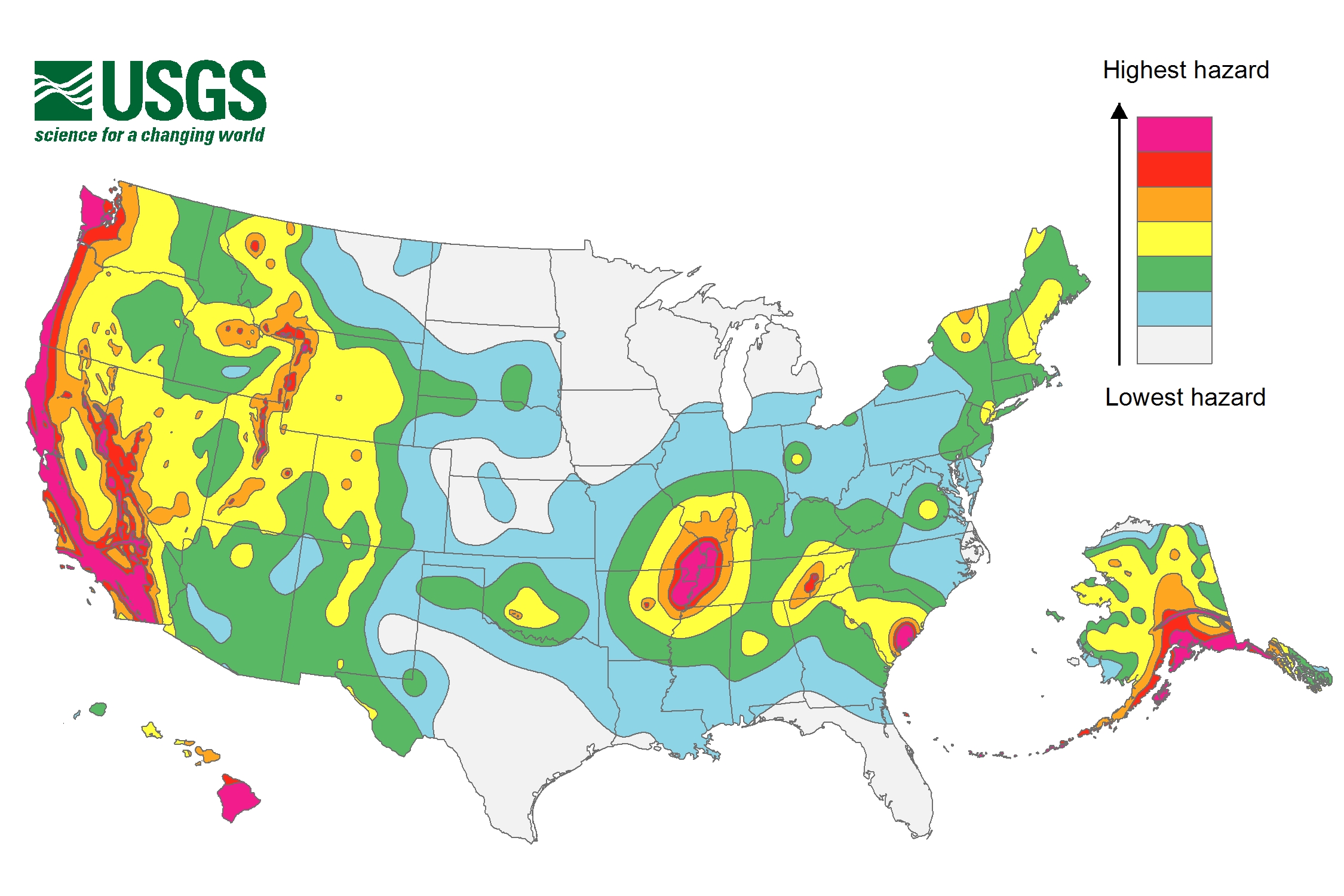 2014 USGS National Seismic Hazard Map, displaying intensity of potential ground shaking from an earthquake in 50 years (which is the typical lifetime of a building).USGS

Last November, the USGS and the Oklahoma Geological Survey gathered more than 100 academics, industry representatives, and government officials to discuss the growing prevalence of induced earthquakes and how best to incorporate them into the USGS forecasting models. 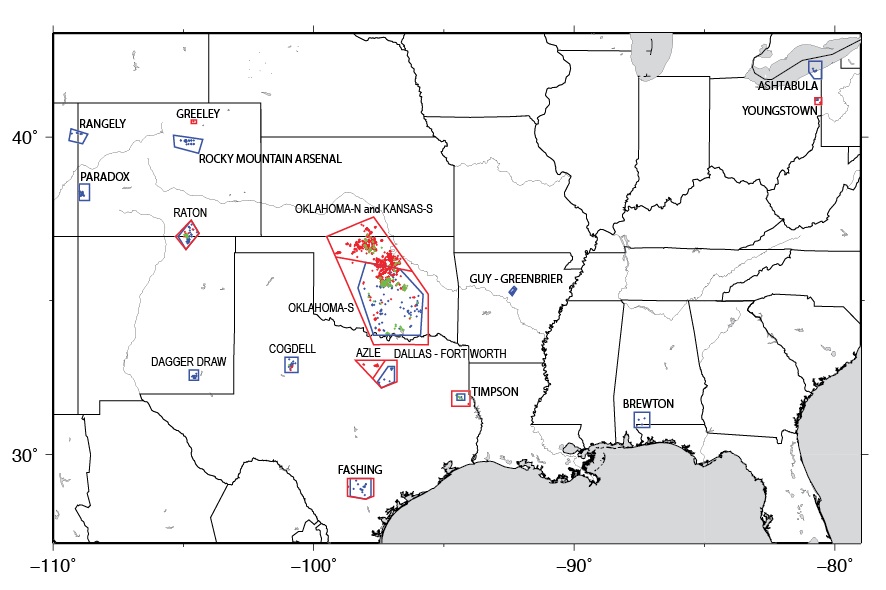 Research has identified 17 areas in the central and eastern United States with increased rates of induced seismicity. Since 2000, several of these areas have experienced high levels of seismicity, with substantial increases since 2009 that continue today.USGS

The group also concluded that induced earthquake forecasts would likely have to be issued once per year (if not more frequently) in order to account for changes in industrial activity.

According to the USGS website, most induced earthquakes are either magnitude 3 or 4, and they’ve never reached 6, meaning they’re often strong enough for people to feel but not usually strong enough to cause damage. Two induced quakes did cause some damage and injuries in 2011, though — a 5.3 in Colorado and a 5.6 in Oklahoma.

But don’t underestimate the oil and gas industry — they’re endlessly inventive and might soon figure out how to cause bigger earthquakes more often.