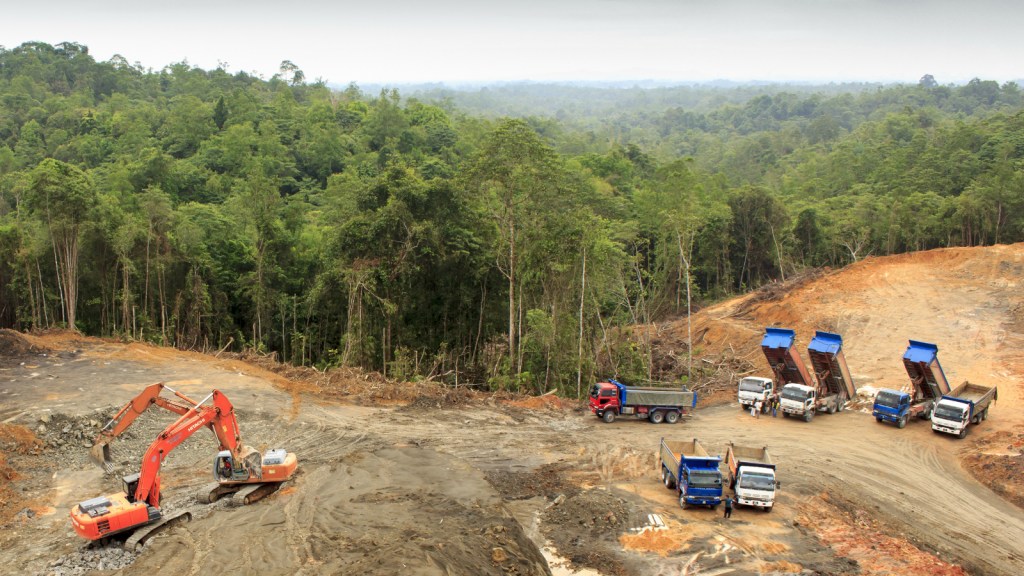 One in five of the world’s plant species is threatened with extinction, according to the first global assessment of flora, putting supplies of food and medicines at risk.

But the report also found that 2,000 new species of plant are discovered every year, raising hopes of new sources of food that are resilient to disease and climate change. New finds in 2015 included a giant insect-eating plant first spotted on Facebook and a 100-tonne tree hidden in an African forest.

The State of the World’s Plants report, by experts at the Royal Botanic Gardens Kew, reveals that there are currently 390,000 species of known plants, with more than 30,000 used by people. However, more than 5,000 species have invaded foreign countries and are causing billions of dollars of damage every year.

“Plants are absolutely fundamental to humankind,” said Professor Kathy Willis, director of science at Kew, who led the new report. “Plants provide us with everything — food, fuel, medicines, timber, and they are incredibly important for our climate regulation. Without plants we would not be here. We are facing some devastating realities if we do not take stock and reexamine our priorities and efforts.”

The report is the first of what will be an annual benchmark analysis to set out what is known — and not known — about plants and highlight critical issues and how they can be tackled. “I am reasonably optimistic,” said Willis. “Once you know [about a problem], you can do something about it. The biggest problem is not knowing.”

The biggest factors threatening plant species with extinction are the destruction of habitats for farming (31 percent) — such as palm oil production and cattle ranching, deforestation for timber (21 percent), and construction of buildings and infrastructure (13 percent).

Climate change is currently a smaller factor — 4 percent — but is likely to grow. “I suspect we won’t actually see the full impact until 30 years down the line as it takes so long for plants, especially trees, to produce their offspring,” said Willis. One important crop that is already suffering is coffee, as rising temperatures make the beans impossible to grow and increase diseases in key countries such as Ethiopia.

But the rate of new discoveries is a positive development, Willis said. “I find that really encouraging and exciting. We are still finding new species of trees, new species of food: Five new species of onion were found last year, for example.” Scientists at Kew alone identify 200-300 new species a year.

“There are huge areas of the world where we just don’t know what is growing there,” said Willis. “They may hold the key to the future of food. Genetic diversity in our foods is becoming poorer and poorer.”

Many important crops have been bred over thousands of years to produce high yields, but have lost genes that help fight pests and cope with changes in climate. Bananas, sorghum, and aubergines (eggplants) are among those with very little genetic diversity, making them highly vulnerable to new threats. Finding wild relatives of such crops means new, more robust varieties can be bred.

“Now, with the global challenges [of] population size, land-use change, plant diseases and pests, there is an increasing urgency to find and conserve crop wild relatives,” said the report. “Having access to this large and diverse genetic pool is essential if we are to furnish crops with the valuable traits that enable resilience to climate change, pests, and diseases, and ultimately underpin global food security.”

Among the 2,000 new plants discovered in 2015 was an insect-eating sundew (Drosera magnifica) which grows to 1.5 meters, far bigger than most sundews. It is known to grow only on a mountain in Minas Gerais, Brazil, and was first discovered on Facebook, when a sundew specialist was reviewing photos taken years earlier by an orchid hunter.

Another new discovery was a 45-meter tree, Gilbertiodendron maximum, weighing more than 100 tonnes, which is known only in the rainforest in Gabon and is critically endangered. Five new custard apples and ylang-ylang relatives were also found along with a new species of sweet potato.

The importance of plants for the development of new medicines was revealed in the report, which found that 57 percent of the 31,000 species with known uses were those from which drugs were derived. More than 5,500 are human foods, while there are 2,500 poisons, and 1,400 with “social uses,” such as tobacco and cannabis.

However, when plants are transplanted into alien environments they can cause great damage and become invasive. “The costs of invasive species have been estimated at nearly 5 percent of the world economy and their impact on the U.K. economy alone is approximately £1.7 billion ($2.46 billion) every year,” said the report.

The highly invasive Japanese knotweed (Reynoutria japonica), introduced as an ornamental plant to Britain in the mid-19th century, costs the nation more than £165 million ($239 million) a year to control. Like many invasive species, it is difficult to eradicate because it can survive even when cut back. “They are quite happy to survive underground and then sprout out the moment you turn your back,” said Willis.

The illegal trade in threatened plants is also a problem, the report found. At Heathrow, one of the world’s busiest airports, officers made at least one seizure every day on average, with 42 percent of the finds being orchids.

Although plants are the foundation of most life on Earth, Willis said they were easy to take for granted: “They are not cute … and we teach [children about] plants in a really boring way.”