Don't Fear the Reapers: On the alleged "Death of Environmentalism" Archives - Grist 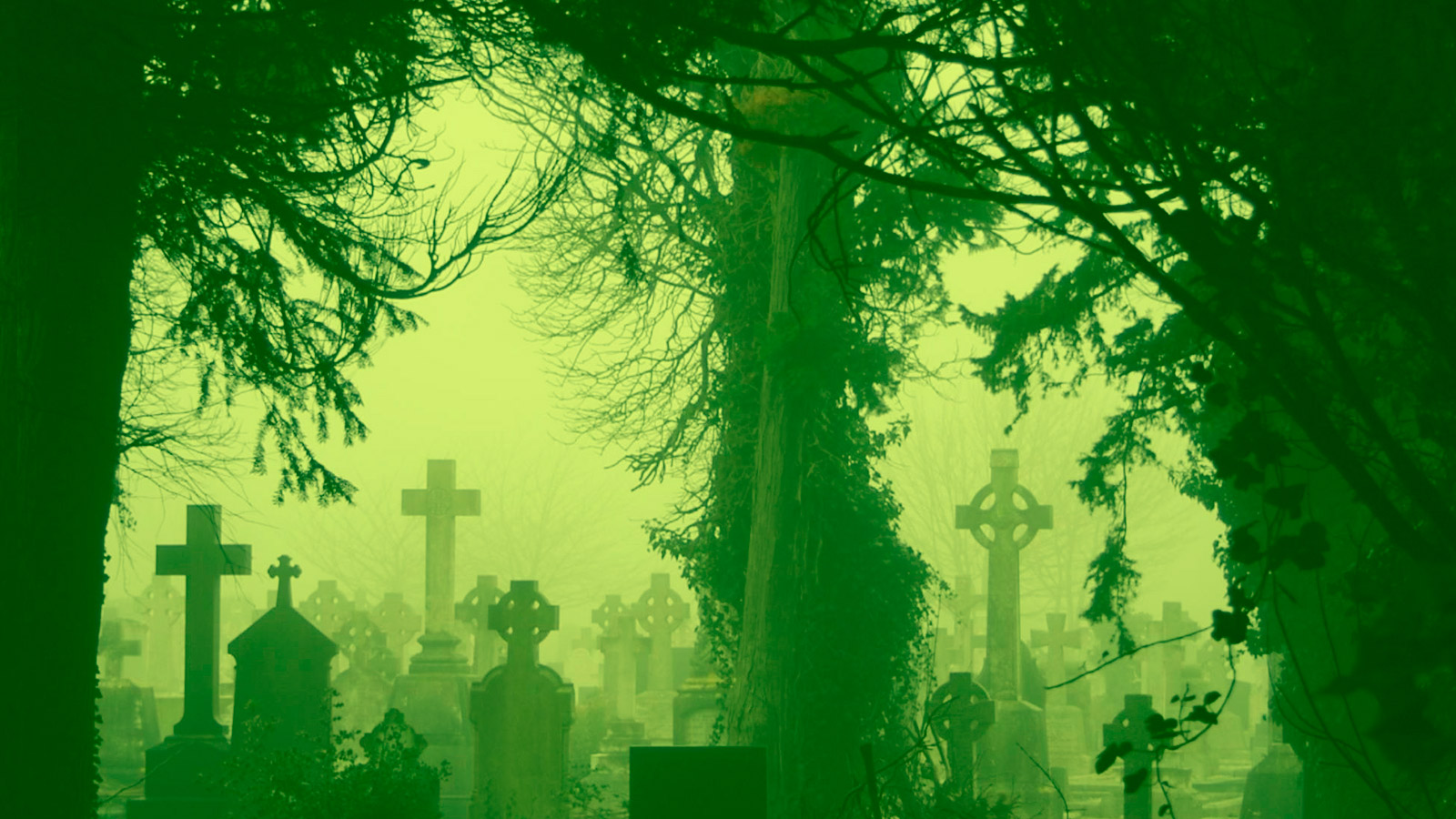 We are reminded of a scene in Monty Python and the Holy Grail in which a wizened old man is offered to the collector of dead bodies in plague-ridden London.

“I’m not dead,” the geezer wheezes. “I’m getting better!”

Replies the hulking young man trying to give him away, “You’re not fooling anyone, you know. You’ll be stone dead in a moment.”

Is environmentalism ready for interment?

That’s the none-too-subtle conclusion of “The Death of Environmentalism,” an essay by Michael Shellenberger and Ted Nordhaus, a pair of strategists and organizers who’ve worked with a number of environmental groups over the last decade. As if the title were not provocative enough, the authors added injury to insult by releasing the paper at an October 2004 meeting of the Environmental Grantmakers Association, a group with lots of hands on lots of purse strings.

The paper — based on interviews with 25 leaders in the mainstream environmental movement (nearly all of them, like S&N, white men) — argues that environmentalism is ill-equipped to face the massive global challenges of our day, particularly climate change. The movement has become a relic and a failure, the authors say, coasting on decades-old successes, bereft of new ideas, made fat and complacent by easy funding, narrowly defining “environmental” problems, and relying almost exclusively on short-sighted technical solutions. Mainstream green organizations’ varied legislative and legal victories — and their cumulative membership rolls of some 10 million-plus — don’t cut it for S&N. These achievements, they claim, take place against the backdrop of a broader failure to offer the American people an expansive, inspiring, values-based vision.

They conclude that the environmental movement should meet its re-maker, as it were, and give way to a more cohesive, coordinated, and ambitious progressive movement.

Naturally, the paper kicked up some dust.

Sierra Club Executive Director Carl Pope wrote a long and scathing reply, pointedly addressed, “Dear environmental grant-maker.” The kerfuffle got covered in The Nation and The San Diego Union-Tribune. Several blogs have weighed in, and debate over the issue continues to spread around the web faster than that Paris Hilton home movie.

Fanning the flames, enviro wunderkind Adam Werbach gave an impassioned speech in early December to San Francisco’s Commonwealth Club entitled “Is Environmentalism Dead?” making a similar argument with even more emotional fervor — or histrionics, depending on whom you ask.

Of all the points made by S&N, perhaps the most telling is in a follow-up post on the Breakthrough Institute blog: “Nearly every profession, from public health to business to law, has research studies, conferences, and peer-review journals dedicated to evaluating what’s working and what’s not. … The environmental community has nothing like this.”

Indeed. Here at Grist, we hope to create a space where these kinds of evaluations, debates, and dialogues can take place. We plan for this to be an ongoing discussion, with more voices chiming in over the coming weeks and months. Dig in:

We’d like you to join the discussion — please stop by Gristmill and let us know what you think.

(Image at top of page by ShotsAtRandom)

Where the environmental movement can and should go from here

Adam Werbach presented this speech at the Commonwealth Club of San Francisco on Dec. 8, 2004. Further discussion of the issues he raises can be found on 3Nov.com. And read more on the debate over environmentalism’s prospects here. Adam Werbach. …

This essay by Michael Shellenberger and Ted Nordhaus was released at an October 2004 meeting of the Environmental Grantmakers Association, and it’s been ruffling feathers ever since. Get the backstory here. Foreword By Peter Teague, Environment Program Director, Nathan Cummings …
Politics

This is the first in a series of editorials Grist will publish over the coming months to address the issues raised by Michael Shellenberger and Ted Nordhaus’s essay “The Death of Environmentalism” and Adam Werbach’s speech “Is Environmentalism Dead?” Get …
Politics

The leadership of the U.S. environmental movement took quite a beating in Michael Shellenberger and Ted Nordhaus’s “The Death of Environmentalism.” We invited four mainstream green leaders to respond: Carl Pope of the Sierra Club Phil Clapp of National Environmental …
Politics

Michael Shellenberger and Ted Nordhaus stirred up quite a fuss when they unveiled their essay “The Death of Environmentalism” last fall, declaring the environmental movement kaput and calling for a more visionary and inspiring progressive movement to take its place. …
Climate & Energy

Tuesday, 25 Jan 2005 MIDDLEBURY, Vt. A crisp, cold, blue-sky New England day, fresh snow on the ground, and everything right with the world. Except that last night, as I was preparing to attend a three-day conference on climate change …
Business & Technology

Four emerging environmental leaders discuss the future of their field

To continue the conversation about the ostensible “death of environmentalism,” we invited four next-generation leaders to discuss the issue with one another via email. Herewith, in almost real time, we are publishing their thoughts in our pages. All the participants …
Politics 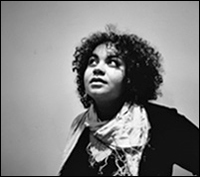 Dramatizing the “death” of environmentalism doesn’t help urban people of color, or anyone else

“Death” is such a harsh term — can’t we say “transition to a happier place”? Adrienne Maree Brown. Photo: Sophia Wallace. Or, how else can I put this … You don’t have to fall out of the tree. Just climb … 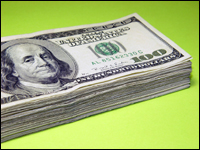 In responding to “The Death of Environmentalism,” activist Ken Ward writes, “If the future toward which we rush is folly, the solution proposed by Michael Shellenberger and Ted Nordhaus is foolishness.” In this excerpt from his full rebuttal to the …
Politics

Four environmental funders join the debate over the movement’s future

When Michael Shellenberger and Ted Nordhaus delivered the talk that has everyone talking, they chose an influential audience: environmental grantmakers. Although the now (in)famous pair focused on mainstream advocacy organizations in their discussion of the death of environmentalism, others have … 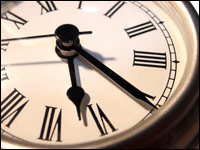 Civil-rights, suffrage activists didn’t give up, and neither should environmentalists

This piece is adapted from a speech given before the Alliance for Global Sustainability last month at the Massachusetts Institute of Technology in Cambridge, Mass. The full speech — “Reflections on Sustainability and Universities and Whether Environmentalism Has Died” — … 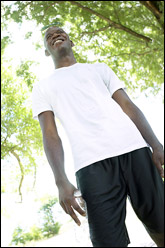 Why race and class matter to the environmental movement

This piece is excerpted from the essay “The Soul of Environmentalism: Rediscovering Transformational Politics in the 21st Century.” The full essay can be found here. Elvis was a hero to most,but he never meant shit to me …— Public Enemy, …
Business & Technology

Growing up in east Los Angeles as the son of Central American immigrants, the everyday challenges faced by the people in my community seemed far removed from the American dream: the lack of good housing and jobs, failing schools, scraping … 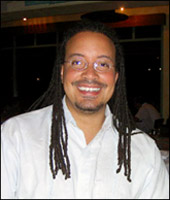