8 reasons the business world is looking for sustainability experts 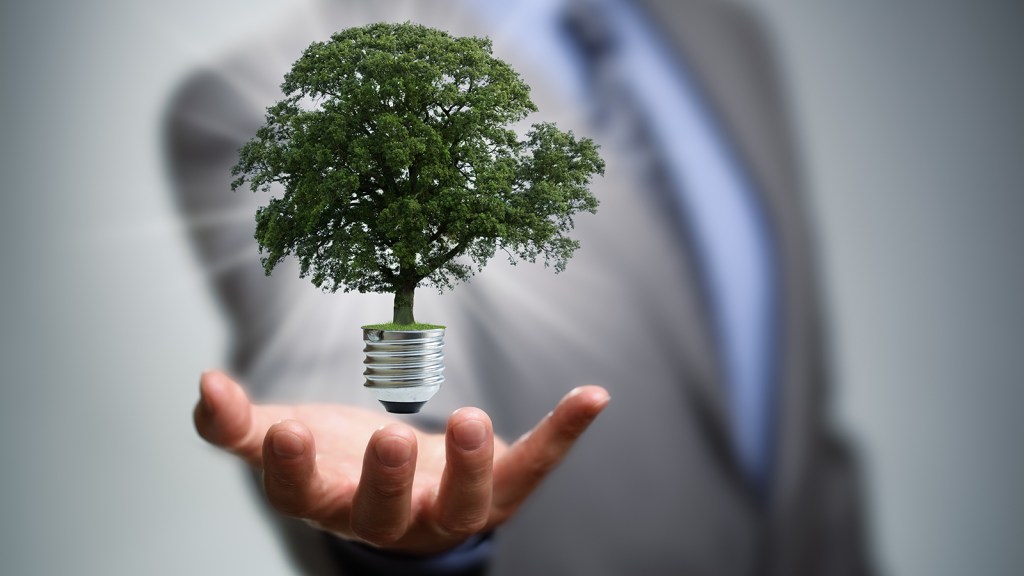 8 reasons the business world is looking for sustainability experts

Why are big names like Walmart, Starbucks, and even Goldman Sachs making environmental moves? The bottom line is that sustainability often helps a company grow its, er, bottom line. So it makes sense that more and more businesses are upping their green game — in both senses of the hue — and are looking to hire people who can help them do it. Here’s how:

Sustainability is all about cutting back, whether it’s electricity, gas, materials, or packaging. Which is basically the same thing as saying sustainability is about being thrifty. If a company can figure out how to be more efficient with energy and resources while still maintaining the same quality of product, going green enables them to cut costs – which means more profits.

Men have been shaving for over 100,000 years, but watching a commercial for Gillette might leave you with the impression that people have only recently figured out how to really do it. How many blades does that perfect razor have these days? Five? Eight? A hundred? Do we really need that many? Of course: everyone knows the more cutting edge(s), the better the product. Sustainability is another chance for businesses show that they’re on the cutting edge. Humans may have lived on Earth for a while now, but figuring out how to save it is still a state-of-the-art endeavor.

It can mean tax breaks

Nothing makes a businessperson smile like getting a tax break. It just so happens that taking certain steps toward going green can be a great way to qualify for them. From energy credits to green roof rebates, there are tons of sustainability-oriented tax incentive programs at the local, state, and federal levels. It’s basically money growing on trees!

Because their employees care

People generally want to feel good about the companies they work for. And nothing makes a person feel better than being a part of a workplace that’s on a mission to help the planet (well, maybe besides eating a whole pint of ice cream, but trust us, that’s short-term happiness). Another reason many businesses want to become more sustainable is that they want to give their employees something to be proud of enough to stick around.

It’s hard for a business to exist if no one wants to buy its product. Firms are catching on to the fact that a lot of potential customers care about the state of the planet and choose to support the companies that they see as aligned with their values. And because they really don’t want to lose out on business, the more pressure we collectively put on companies the greener they’ll get.

Because it helps them in the long run

If you haven’t heard, climate change is going to cause some problems — and that goes for businesses, too. According to some estimates, rising temperatures could mean a loss in global GDP of as much as $72 million by 2060. Obviously, that’s a bad sign for global business. Many companies realize that banding together to mitigate climate change now could help them in the years to come.

At some point, they’re going to have to do it anyway

Let’s be real: Whether because we finally pass tighter regulations or because scarcity will eventually drive resources to become too expensive, sooner or later businesses are going to have to orient themselves toward a more sustainable model. Making sustainability a priority now could mean smoother sailing through the future.

Because it’s good for the world

This might be a shocker, but a lot of companies care about sustainability simply because they believe that it’s the right thing to do. Which is good news, because businesses are in a prime position to make a real difference — so the more that jump on the environmental bandwagon, the better.

Founded in 1964, Antioch University New England’s (AUNE) commitment to social, economic, and environmental justice serves as a foundation for all certificate, master’s and doctoral degrees. Coursework integrates practice with theory in an environment that fosters scholarship and activism. Academic departments include programs for counseling and therapy, education, environmental studies, and management. Degrees for working professionals with an interest in sustainability and the environment include an MBA in Sustainability, an MS in Resource Management and Conservation, and a PhD in Environmental Studies. Based in Keene, New Hampshire, AUNE is just over two hours from Albany; two hours from Boston; and less than two hours from Hartford. For more information, visit: antiochne.edu.