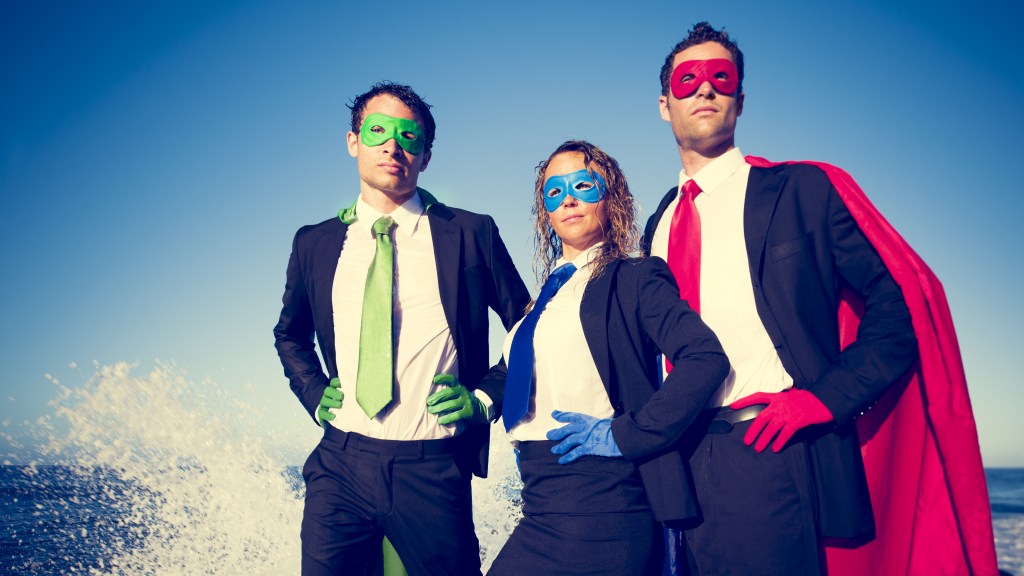 Twenty years ago, the greatest environmental superhero of all time hung up his red undies and retired.

For the better part of a decade, Captain Planet flew across our TV screens, conquering eco-villains and teaching kids that good trumps evil, teenagers can save the world, and that mullets aren’t so bad.

Since then, those impressionable young millennials have grown into hardened 20-somethings who now realize that a) no one can pull off that mullet (not even you, Don Cheadle), b) climate change is happening, and we’re not doing enough to stop it, and c) Gaia, spirit of the earth, is not going to descend with a fistful of magical rings for so-called Planeteers to use to control the elements and, with their powers combined, summon a chiseled blue paragon of environmental protection.

But all’s not lost. For one thing, Captain Planet has a Twitter account now, so we can still hear all about his post-retirement disco parties and White House visits.

But more importantly, some of those same jaded millennials are now emerging from the grizzled wreckage of young adulthood as a new kind of planeteer — one who doesn’t rely on magic or superheroes or goofy cargo pants to save the day, but rather, a hard-earned understanding of the social, political, and scientific challenges facing an ever-warming world.

They’re called environmental scientists, and they’re everywhere — working in government, starting businesses, teaching at universities, running non-profits. They’re just not as noticeable this time around because they decided to nix the matching t-shirts — a move that, I think we can all agree, was wise.

So if you’re ready to join the ranks of these 21st century eco-warriors and you’ve shaken the delusion that there’s some hero waiting in the wings to save us, then check out what you can do with a master’s degree in environmental science.

In honor of the original planeteers, we grouped them according to the four classical elements, plus a fifth: garbage. The original “fifth element” was heart, but no one has time for that love-can-save-the-world nonsense these days, and waste management is a serious problem:

In the ’90s, it was Kwame, a young Ghanaian who loved plants and served as leader of the planeteers.

Today, it could be a soil analyst testing farmland for nutrient content, a research scientist at a university studying how vegetation changes with rising temperatures, or an entrepreneur developing new products to restore earth’s microbiomes. Even city dwellers can get in on the action through urban farming nonprofits, local parks departments, or the EPA’s brownfield remediation program.

In the ’90s, it was Wheeler, a newbie environmentalist from Brooklyn with street smarts and a hot head.

Today, it’s an employee at the National Park Service’s Wildland Fire Management Program, mapping wildfires or studying how they impact local ecosystems. Flames are already engulfing huge swaths of the western United States and Canada, and they’ll only get worse as temperatures rise.

In the ’90s, it was bird-loving, computer-coding Linka, from the Soviet Union.

Today, it could be any number of people working in the renewable energy sector’s burgeoning wind industry — the founder of a local startup offering easy and affordable at-home turbine installation, a technician at a national lab working on new turbine technology, or a wind expert at a renewable energy advocacy organization. One thing’s for sure: There’s no shortage of Linka proteges out there carrying her wind-swept torch.

In the ’90s, aspiring marine biologist and dolphin lover Gi, from Thailand, spoke for the oceans, rivers, and lakes.

Today, it might be a hydrologist studying how pollutants flow through the water system, a local official analyzing how drought threatens freshwater supplies, or a city planner preparing for sea level rise. Or for those who share Gi’s love of sea creatures, it might be a sustainable fisheries expert at the Nature Conservancy or a deckhand on a research vessel studying the effects of plastic pollution on marine life.

In the ’90s, 12-year-old Ma-Ti represented heart, the so-called fifth element that gave him the ability to communicate telepathically with animals. The youngest of the planeteers, Ma-Ti certainly brought a lot of passion to the job, but heart was always the weakest of the five elements. So instead, let’s look at what today’s planeteers can do with garbage.

Of course, there are plenty of waste management jobs in both the public and private sectors, and the prospect of a waste-to-energy industry is still drawing interest from both research labs and businesses alike. But there are also a growing number of opportunities for not just managing waste, but actually eliminating it. Startups are developing biodegradable packaging, local governments are taxing disposable plastic bags, and the food industry is trying to reduce the immense amount of food waste that it produces every year.

These are all just a small sample of the many paths someone with a master’s degree in environmental science can take.

The students who complete Pace University’s Environmental Science Master’s Program, for example, begin with basic courses in science, policy, and politics, and then choose from a wide range of more specialized courses that include toxicology, aquatic ecology, conservation biology, geographical information, and surveillance systems, setting them up for success in any number of industries.