10 ways solar is transforming the U.S. 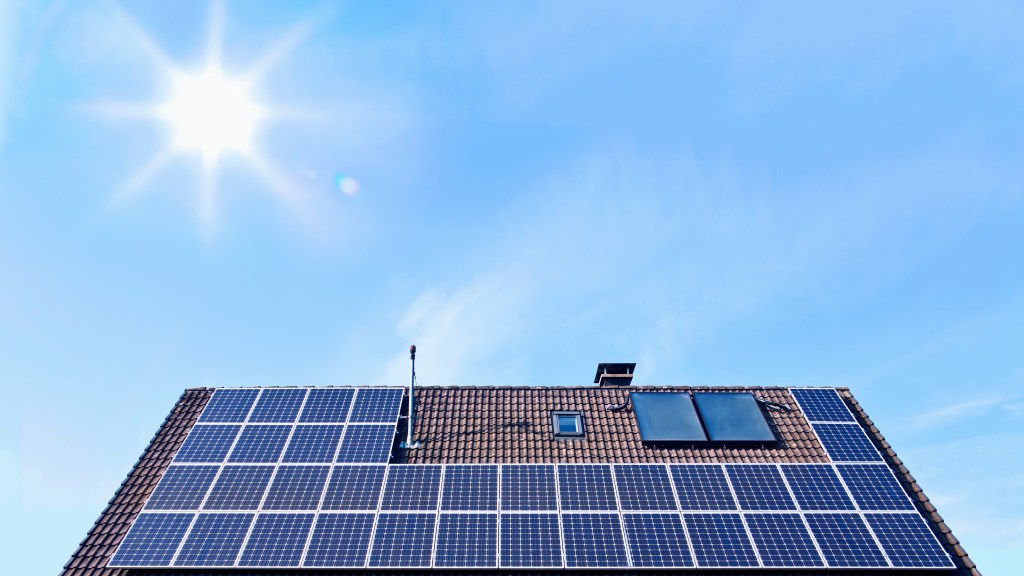 10 ways solar is transforming the U.S.

On the fence about installing solar panels? Sure, you already know you could offset your electricity bill and cut your carbon emissions by several tons. If saving money AND the atmosphere isn’t enough to sway you, though, maybe a little peer pressure will. Here’s how solar energy is catching on across America and changing the energy landscape as we know it.

1. The sun powers our brightest minds

Last year, 5 percent of K-12 schools across the country — about 5,500 schools in states like California, New Jersey, Arizona, Massachusetts, and New York — were powered by solar. The total installed capacity is enough to power 190,000 homes. In California, the Kern High School District predicts solar power will save the school system nearly $80 million in electricity bills over the next 25 years.

More Americans work in the solar industry than at natural gas or coal power plants combined. And the sector continues to grow at a good clip too, creating new jobs 17 times faster than the U.S economy overall.

3. The competition is fierce

Gone are the days where you were lucky to have one, maybe two, solar installers in your area. Now, competitive solar companies vie to install panels. There are even websites where you can compare low-cost bids.

4. Credit where credits are due

In certain states, homeowners can earn Solar Renewable Energy Certificates (SREC) for every 1,000 kilowatt hours of energy generated by their solar panels. These credits are sold back to utility companies for cash. The market varies for SRECs, but homeowners in New Jersey, Massachusetts, and Washington, D.C., pocketed an additional $1,000-$2,000 from SRECs last year.

6. And helps communities reimagine themselves

On the Hawaiian island of Kauai, the utility is on track to run the entire island on 70 percent renewable energy by 2025. The bulk of that solar power is stored in a network of revolutionary refrigerator-size battery packs spearheaded by Tesla. Across the Pacific in Pueblo, Colorado — a town once known as the “Pittsburgh of the West” for its now defunct coal plants and steel mills — one of the largest solar installations east of the Rocky Mountains could help the city run entirely on renewable electricity by 2035.

7. Solar power can be a critical element of emergency relief

Not only is Tesla helping to run Kauai on solar power, the company also began construction on a microgrid — a network of solar panels, battery packs and electrical inverters — in Puerto Rico following the aftermath of Hurricane Maria, which destroyed massive swaths of the island’s electrical grid. And in Loiza, a coastal town not far from San Juan, a solar powered water purification system designed by MIT Lincoln Laboratory and Infinitum Humanitarian Systems helped supply much-needed clean drinking water to about 600 people daily.

The more we invest in solar energy harvested right here in the good old U.S. of A., the faster we can ditch our dependency on imported fossil fuels for good. By some accounts, it would take just 25,000 square miles of solar panels — an area about the size of West Virginia — to generate enough power for the entire world. There are 1 million solar installations and counting across the country, enough to power about 6 million homes.

9. Property values go up as electric bills go down

Solar panels can increase a home’s property value by as much as 4 percent and also protect homeowners from rising electricity prices. Heck, even the Kentucky Coal Mining Museum installed solar panels on its roof last year to save thousands in electricity costs and to feed any excess power back into the local power grid.

10. There are oodles of tax credits, rebates, and other incentives

Through 2022, homeowners and businesses qualify for a federal solar tax credit equal to 30 percent of the cost of the solar installation. States, municipalities, and utility companies also offer specific cash rebates and incentives of their own, all of which have helped the market for solar power reach new heights. In 2016, the solar industry installed 14.5 gigawatts of capacity across the country, marking a 94 percent increase from 2015.

America’s solar-powered future is already here. Now, what are you waiting for?

Taking part of the solar transformation is easier than ever. With EnergySage, the online marketplace for solar, low-cost solar bids are just a click away. It takes only minutes to sign up, and then you’ll get multiple quotes from pre-screened local installation companies, all in an easy-to-compare online format. No phone calls required.