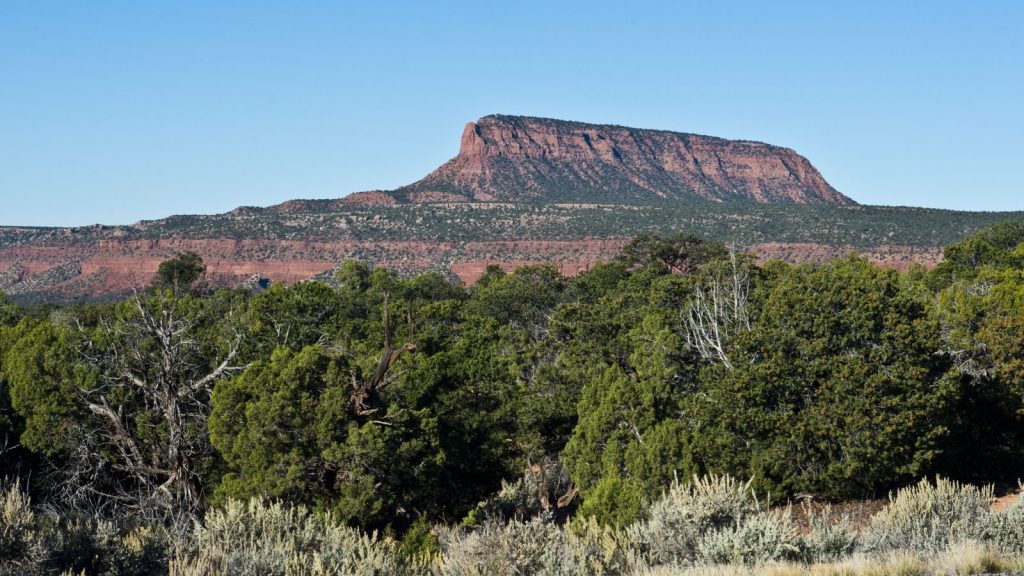 President Donald Trump is planning to drastically shrink two national monuments in Utah. According to documents obtained by the Washington Post, Bears Ears, which is currently 1.35 million acres, could be shrunk by 85 percent, and the 1.9 million acres of Grand Staircase-Escalante will be reduced by 85 percent. Trump will be announcing the proposal when he visits Salt Lake City on Monday.

The move comes after Trump asked Interior Secretary Ryan Zinke in April to review any national monument larger than 100,000 acres. Three months later, Zinke submitted a report with recommendations for reducing or eliminating 27 monuments, including Gold Butte in Nevada and Vermillion Cliffs in Arizona.

The push to shrink national monuments comes from the Trump administration’s intent to open up federally protected land to oil, gas, and mining activities, as Mother Jones reported in August:

Conservationists predict Trump intends to shrink some existing monuments to open up lands for new mining and drilling operations, a potential move that Friends of the Earth’s Ben Schreiber described as a “blatant handouts to the oil and gas industry.” Any such land would still be federally managed, but losing monument status would strip it of national park-like protections, which forbid new leases for grazing, oil, gas, and mining.

The plans that will likely be announced on Monday will deal a blow to environmentalists who want to protect national parks, but Bears Ears National Monument is also home to thousands of Native American cultural, archaeological, and sacred sites. On Tuesday, representatives of the five Native tribes in the Bears Ears Inter-Tribal Coalition announced their intention to sue the Trump administration once Monday’s announcement is made. “The tribes view this as an affront to themselves and their own self-determination,” Natalie Landreth, senior staff attorney for the Native American Rights Fund told the Salt Lake Tribune.

Conservationists have also thrown their weight behind Native tribes. “This illegal action will cement Trump’s legacy as one of the worst presidents in modern history,” said Randi Spivak, public lands program director at the Center for Biological Diversity told the Salt Lake Tribune. “Trump has no clue how much people love these sacred and irreplaceable landscapes, but he’s about to find out.”