Debates about Senate procedural reform very often have constitutional undertones. For instance, at a recent hearing on filibuster reform before the Senate Rules Committee, Kansas Sen. Pat Roberts (R) argued: “The founding fathers had the foresight to create an institution that was not based on majority rule, but where each state … [has] two Senators to speak out on their behalf. It is that power to speak, the right to unlimited debate that is the hallmark of the Senate.”1 Similarly, the late Sen. Robert Byrd (D-W.Va.) recently stated: “Our Founding Fathers intended the Senate to be a continuing body that allows for open and unlimited debate and [for] the protection of minority rights. Senators have understood this since the Senate first convened.”2

Statements like these generally support one of the following constitutional claims. The first is that senators with strong, minority-held viewpoints have a constitutional right to prolong debate, even indefinitely. A related, more nuanced, argument begins by pointing out that our Founders envisioned the Senate as a careful, deliberative body that would check the rashness of the House of Representatives. Accordingly, some argue, the Framers intended that senators be able to debate without limit. Some take this argument further: They claim that the filibuster is such a central part of the Senate’s original structure that the Senate could no longer fulfill its proper role without it.

I am going to address and — I hope — refute each of these claims.

First, the text of the Constitution says nothing about the filibuster nor about preserving the debate rights of senators with minority-held viewpoints. In short, there is no express right to filibuster.

In fact, there is only one constitutional provision pertaining to Senate procedure: It simply states, “Each House may determine the rules of its proceedings.” This provision, although broadly worded, does not grant unlimited power to the Senate. Just as the Senate is barred from passing laws that conflict with the Constitution, it also cannot pass rules that conflict with the Constitution. So, for instance, the Senate surely could not pass a rule prohibiting Catholics from participating in debate — clearly, such a rule would be at odds with the First Amendment. Sen. Udall will speak more about constitutional limitations upon the Senate’s rule-making power, so I will let him elaborate. But keep this point in mind.

Filibuster fans also regularly claim that the Framers envisioned unlimited debate in the Senate, even if they did not write it into the Constitution. To support this argument, they inevitably tell a certain story about George Washington. According to legend, the first president likened the House of Representatives to a hot cup of coffee. As for the Senate, he explained, “we pour legislation into the senatorial saucer to cool it.”

Practical questions aside (is this really the best way to cool hot coffee?), this metaphor tells us nothing about the filibuster.

There is no question that the Framers intended the Senate to be a thoughtful body. But they sought to achieve this goal through a variety of structural features meant to facilitate deliberation — such as the Senate’s smaller size, longer terms, older members, and egalitarian structure.3 There is no indication that the Framers anticipated for the Senate’s rules to allow unlimited debate.

In fact, the first House and the first Senate had nearly identical rulebooks. Both included what’s called a motion for a “previous question.” Today, the House uses this motion to allow a simple majority to cut off debate. The Senate removed this provision in 1806, not — as far as anyone can tell — due to a desire to promote unlimited debate, but because it was unnecessary. At the time, the Senate was a small, fraternal place with little need to reign in relentless obstruction. Although this move ultimately allowed the filibuster, that was not the original intention. Removing the previous question motion appears to have been nothing more than an administrative decision with unintended consequences.

More importantly, perhaps, today’s filibuster simply does not promote debate. It is a used instead to block substantive decision-making. And it is employed constantly, creating a de facto 60-vote requirement for regular Senate business.

This supermajority requirement was plainly not envisioned by the Framers.

To start, the Constitution itself was largely a response to the failings of the Articles of Confederation, our country’s first set of laws. The Articles of Confederation required a supermajority vote to legislate in several areas — like coining money, appropriating national funds, and determining the size of the army and navy. As a result, gridlock was common. Alexander Hamilton, reflecting on this failure, noted that while supermajority requirements were supposed to add stability to government, “its real operation is to embarrass the administration, to destroy the energy of the government, and to substitute the pleasure … of an insignificant, turbulent, or corrupt [faction] [for] the regular deliberations and decisions of a respectable majority.”4 Sound familiar?

So in drafting the new Constitution, the Framers decided that a supermajority vote was appropriate only in seven extraordinary situations — which they specifically listed. For example, a two-thirds vote is needed to override a presidential veto, to expel a member of the Senate, or to convict a federal officer of an impeachable offense. For ordinary business, on the other hand, the Framers clearly anticipated the use of majority voting rules.

The Constitution states that a bill must “pass” the Senate and the House before it may be enacted into law. As legal scholars have forcefully argued, the term “pass” — like the term “elect” — embodies a principle of majoritarianism that binds both chambers with equal force.5 This makes perfect sense — after all, that is how we still understand the plain meaning of those terms today.

Finally, opponents regularly try to quash discussions of reform with a constitutional “trump” card — they claim, to quote The Wall Street Journal, that “without the ability to filibuster, the Senate would become like the House, able to pass whatever the majority wants.”6 In their view, the filibuster is necessary for the Senate to play its proper role in the bicameral system.

In fact, the modern filibuster regularly derails the proper working of Congress. After all, if the Senate is gridlocked, the House’s legislative accomplishments become largely meaningless.

Appropriations bills are a prime example. By constitutional design, these bills originate in the House before moving to the Senate for amendment. Although the House regularly submits these measures in a timely f
ashion, the Senate consistently fails to enact them by deadline.7 One large reason for this failure is the self-perpetuating pattern of an increasing number of filibusters and a growing workload8 — as a result, even many uncontroversial legislative items never reach the Senate floor.

More generally, there is reason for serious constitutional concern when a group of 41 senators can exercise a minority veto over the entire legislative agenda.  This disrupts the system of checks and balances built into our governmental structure. The result may be the infringement of another branch’s power — this is what happens, for example, when the president is prevented from filling key executive positions. Or Senate gridlock may lead to an expansion of power in the other branches as they are allowed to operate unchecked. Either way, our democracy is left in a vulnerable position.

2. Examining the Filibuster: The Filibuster Today and its Consequences, Hearing before the Senate Comm. On Rules & Administration 2 (May 19, 2010) (statement of Senator Robert Byrd). 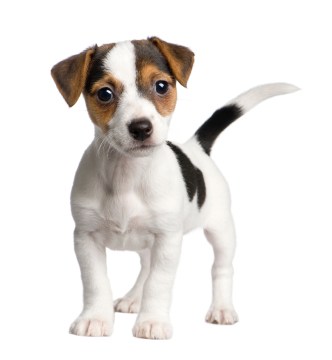 The dysfunctional state of the Senate has damaging consequences that extend into virtually every corner of American politics. There's just one in particular I want to focus on today, namely: it gives progressives a complex! 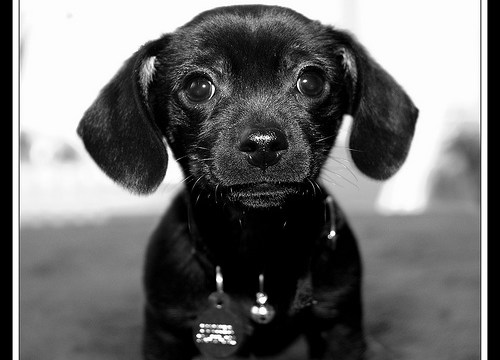 The filibuster stands today as the single most important impediment to the significant reforms needed in America's climate/energy policies, its immigration policies, its labor law policies, and its need for a functioning judiciary. But beyond that, the filibuster has become …
See all articles in this series