It’s official: No year on record has ever been as hot as 2015. And it broke the temperature record, just set in 2014, by an unusually large margin.

NASA and the National Oceanic and Atmospheric Administration (NOAA) announced the news on Wednesday morning, after both agencies separately analyzed global temperature data and came to the same conclusion. 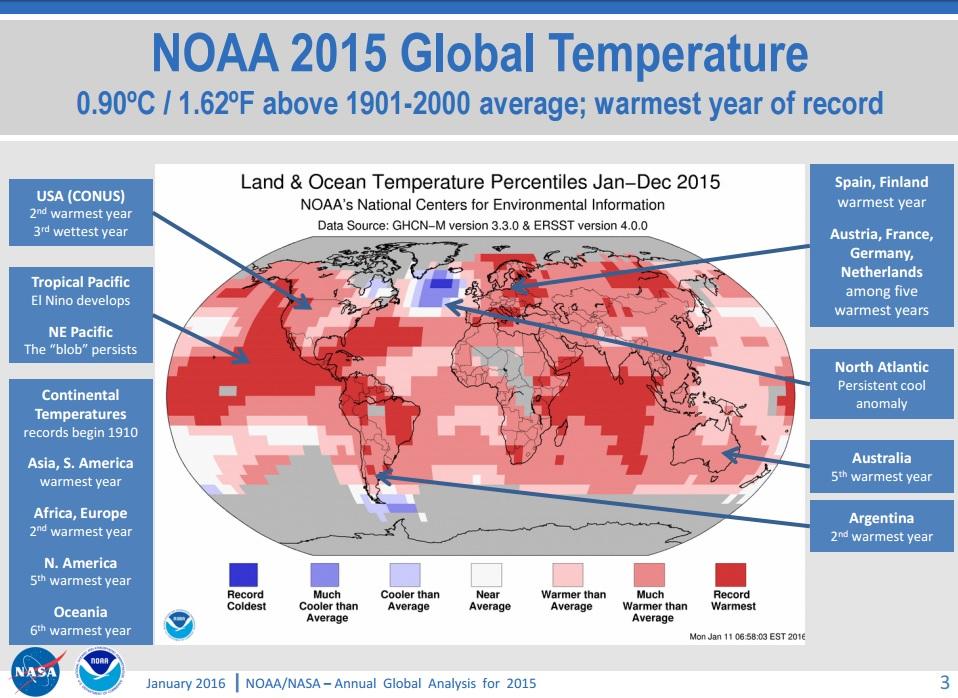 2015 broke temperature records by a wide margin, amid a wave of other more localized climate anomalies around the world.NOAA / NASA

The record was set by a full tenth of a degree Celsius (or nearly a fifth of a degree Fahrenheit), a much larger margin than usual, as temperature records are commonly broken by just a few hundredths of a degree Celsius, according to Climate Nexus, a climate communications group. Last year, 2014 broke the global temperature record with an average temperature that was 0.78 degrees C (1.4 degrees F) above the average for all of the 20th century. Now, 2015 broke that same record by 0.9 degrees C (1.62 degrees F). 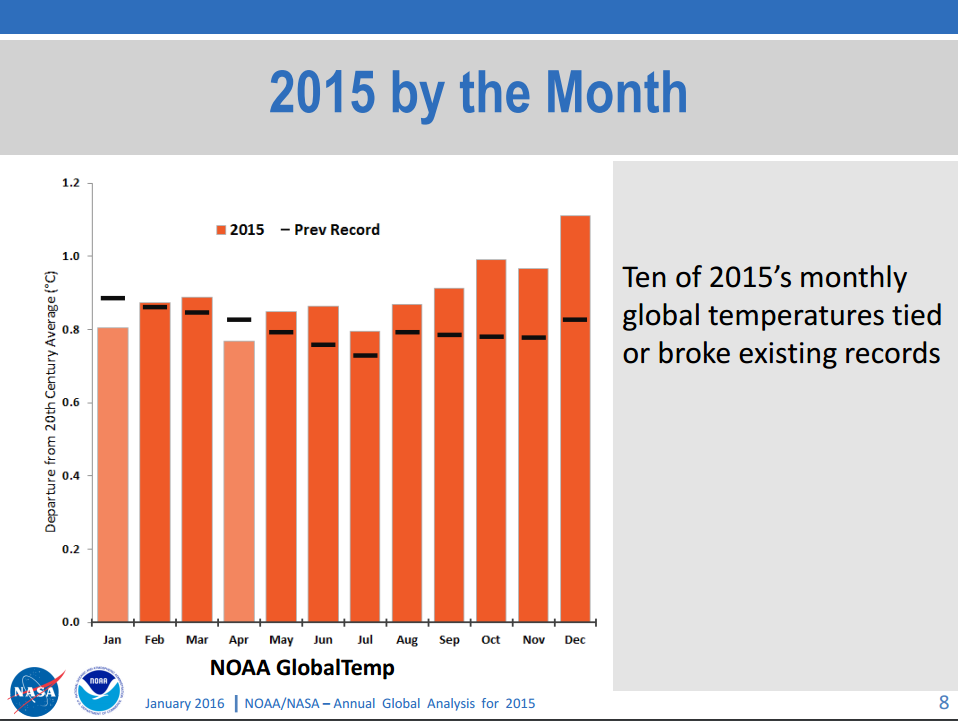 Each month’s global temperature is charted according to how much it departed from 20th century heat average for that month. Of the 12 months in 2015, ten of them tied or broke existing records.NOAA / NASA

If it feels like you’ve read some variation on this news dozens of times, it’s because you have. Over the last decade and a half, the global and regional temperature records have been beaten over and over: Just last week, NOAA announced 2015 was the second-hottest year the U.S. has ever seen. This past July was the hottest global July ever. Meanwhile, all of the 10 hottest years on record have happened since 1997. The trend couldn’t be clearer: The planet is warming, and it’s happening now. 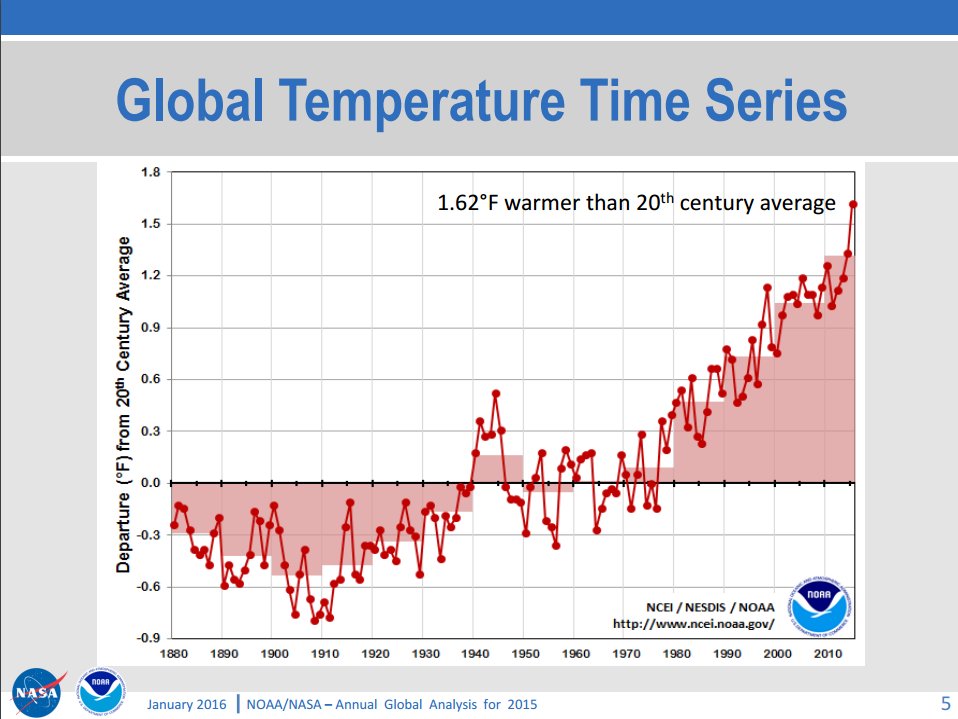 2015 was the hottest year in modern history, adding to a trend of record-breaking years.NOAA / NASA