The state of science has suffered bigly during President Trump’s first year and a half in office, a survey of 63,000 federal scientists published Tuesday by the Union of Concerned Scientists shows. Spoiler alert: Government employees are at best displeased with the administration’s stance on science, and at worst wholeheartedly downtrodden.

The analysis is billed as the first to assess federal employees’ perceptions of how the Trump administration uses science to make decisions. It found a general decline in the way science is regarded across pretty much all federal science agencies, and an increase in censorship. Thirty-five percent of Environmental Protection Agency employees and 47 percent of National Parks Service employees said they had been asked to omit the phrase “climate change” from their work.

It gets worse: Workforce reductions were reported by 79 percent of respondents across every single one of the 16 agencies surveyed. And 87 percent said those reductions made it harder for them to “fulfill their science-based missions.” The EPA and the U.S. Department of Agriculture, in particular, saw many staff departures. 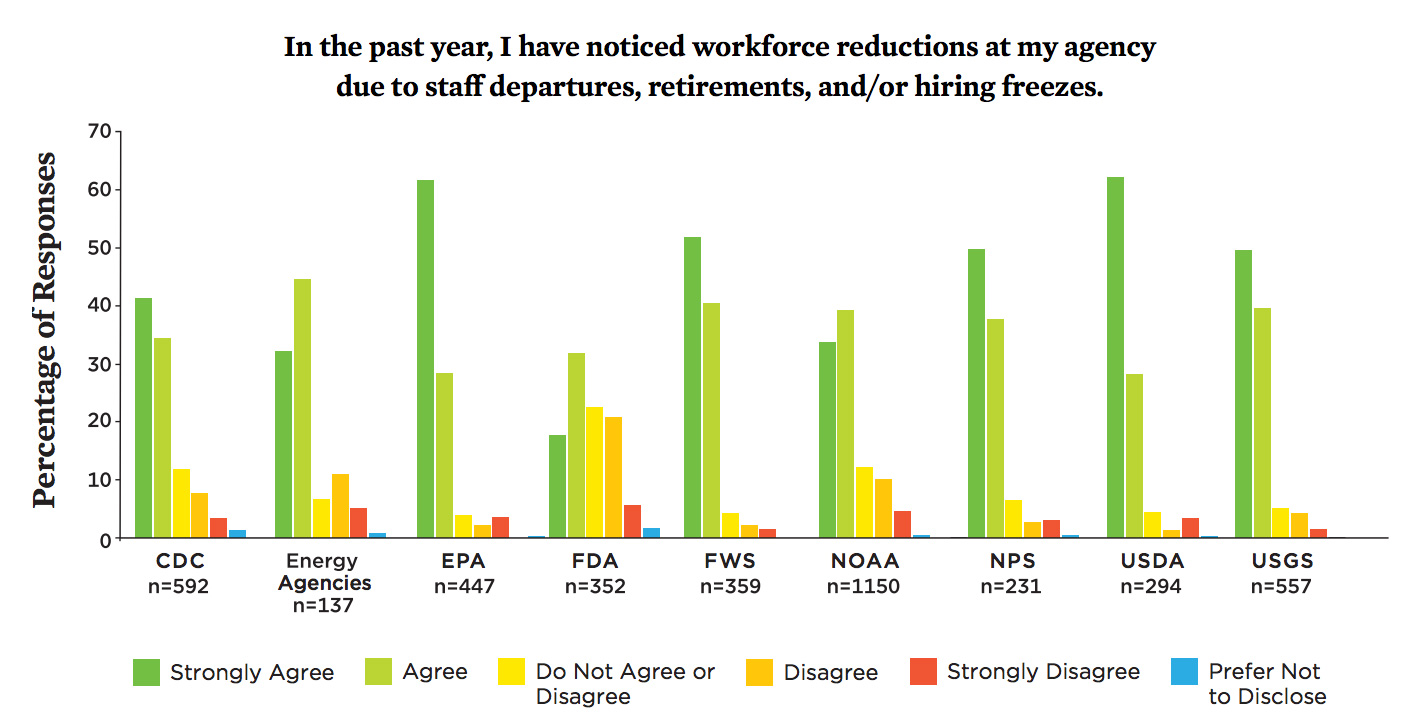 The federal science workforce that remains is operating under a vacuum of leadership: Trump had only filled 25 of 83 vacant “science appointees” positions as of June this year. And those new political appointees generally had a negative effect on science, according to the survey. The EPA is the best example of the toll this new leadership took on science-based decision making. Under former Administrator Scott Pruitt, the EPA often evaluated the work of scientists based on its “alignment with Trump administration priorities rather than on its scientific merits,” the authors of the survey write.

Indeed, these results indicate that spirits at the EPA have plummeted. This chart compares morale at the EPA in 2007 to morale in 2018. It’s currently at an all-time low. 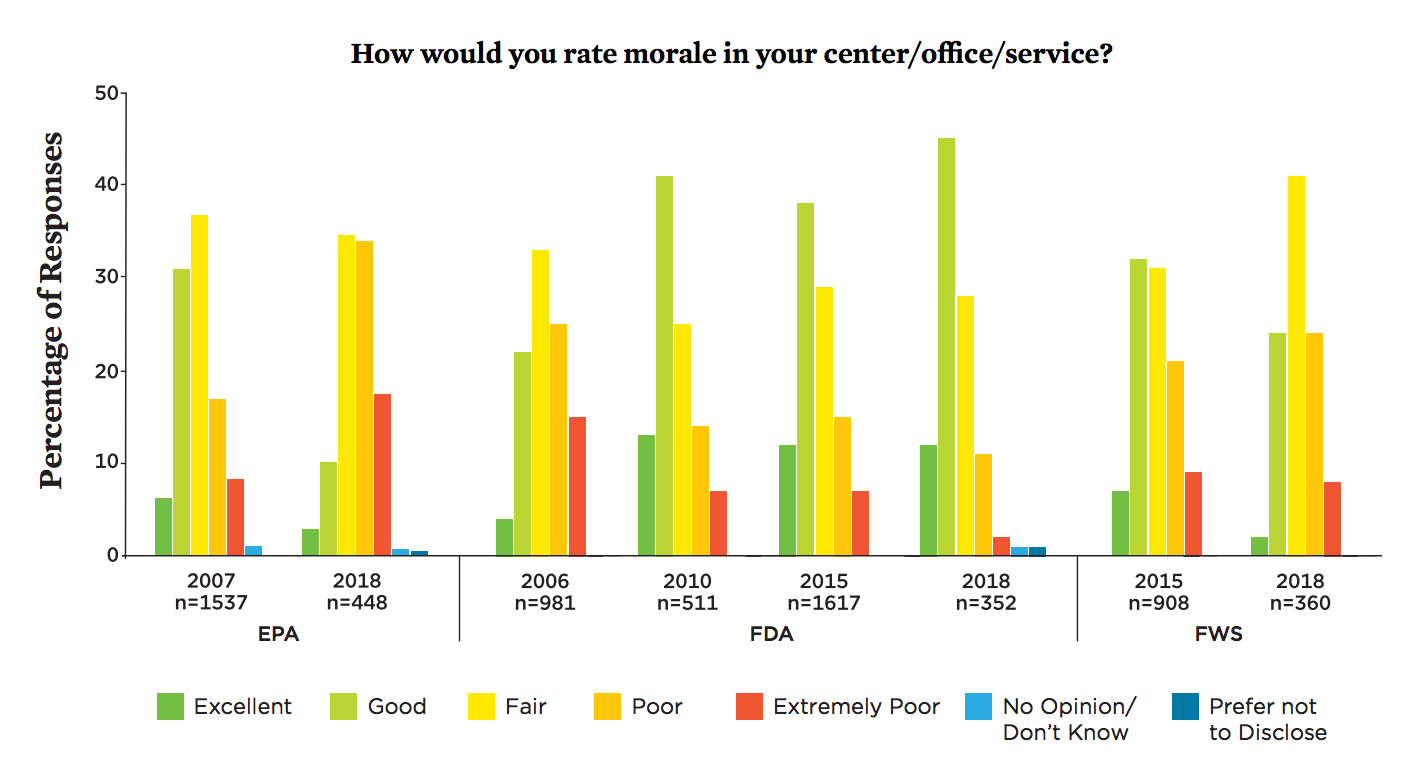 One bright spot in this mess is the unyielding strength of “scientific integrity” at federal agencies — that is, the policies that guide how science should be protected. Those include training in whistleblower rights and how to report violations. A majority of respondents, especially those at the National Oceanic and Atmospheric Administration and the Food and Drug Administration, agreed their agencies stuck to their integrity policies.

This general resiliency doesn’t outweigh the survey’s rather dismal takeaway, however. It offers a sobering assessment: “Political leaders are creating work environments that diminish the overall effectiveness of scientific staff, instill fear in the workforce, and lead to counterproductive self-censorship.”

Hey, here’s a new idea: What if we just let scientists do their jobs?