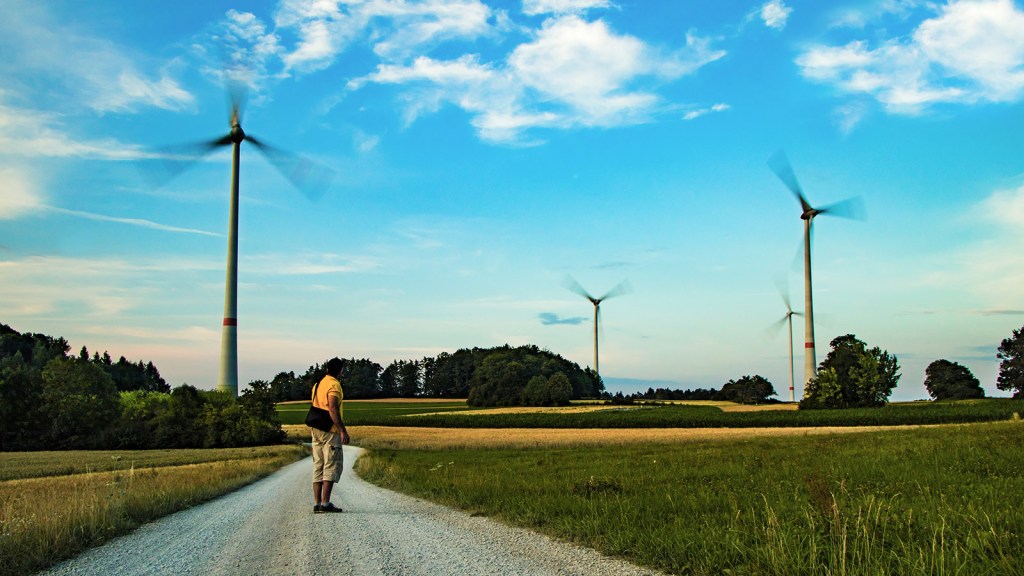 In case you missed it, renewable energy is thriving.

Clean electricity generation across the country has doubled since 2008, and, to the delight of many climate activists, wind and solar power are far cheaper to produce than coal. Last year alone, the United States installed more than 10 GW of new wind and solar capacity — enough to power several million more homes sustainably. Wind power, already a $20 billion boon to the economy, also produced nearly 7 percent of the country’s electricity last year, compared to 2 percent nearly a decade ago.

It can be difficult to keep track of how quickly clean energy is evolving in the United States, but when it comes to electricity, some things are crystal clear: burning fossil fuels is driving catastrophic climate change around the world. If you care about keeping the lights on (and, you know, ensuring Earth is inhabited by living creatures for generations to come), here’s a primer on why wind energy should fill your sails.

1. The sun powers our brightest minds

If energy sources were cleaning products, wind power would be one of those Magic Erasers: deceptively simple and bafflingly clean. It’s a surprisingly straightforward renewable energy source. Gusts of wind rotate two or three large blades on a turbine, the connected rotor and shaft keep the generator spinning, and the voltage is stepped up by a transformer down the line. Voilà, wind power.

Without taking construction into account, emissions from wind farms are effectively nil. While a fossil fuel like coal emits up to 4 pounds of carbon dioxide equivalent for each kilowatt-hour of electricity generated, wind power produces less than one-twentieth of a pound, on the other hand. Just last year, the electricity generated from wind turbines across the country averted nearly 200 million tons of carbon emissions from entering the atmosphere.

Turbines also don’t require any water — unlike most coal, nuclear, and natural gas plants that require massive amounts of the resource to keep plants cool— making wind power even more efficient and eco-friendly.

2. Wind power doesn’t need to be propped up by subsidies to succeed.

Nearly three decades ago, the Energy Policy Act of 1992 launched a tax credit to help incentivize wind power. Originally set to expire in 1999, the subsidy — which offers a per-kilowatt-hour benefit for developed wind farms — has been extended nine times at the behest of the industry. It has also helped create roughly 100,000 jobs and $250 billion in investments toward wind power, experts say. Congress extended the credit again at the end of 2015.

And, well, it worked. Over the past four years, the tax credit has fallen from 2.3 to 0.9 cents per kWh (on a 20-percent-per-year phase-out). By the end of this year, it will fall to zero. And — to the extent that we can forecast these kinds of things — the wind industry is only expecting a modest slowdown after the credit expires. Translation: Wind is economically viable. It can compete on its own terms, without financial help from the federal government.

3. These turbines aren’t just sitting around.

The sun’s not always shining, and the wind’s not always blowing, of course. When comparing different forms of electricity generation, it’s important to compare a given generator’s installed capacity — how much power it could produce when operating at full tilt, 24/7 — to its generation — the amount of power it actually ends up producing over a given time frame. The ratio of these two quantities is called the capacity factor, which signifies the extent to which a generator is living up to its full potential.

4. Turbines are getting bigger and better…

Whereas most turbines on the market today have a capacity between 2 and 3 MW, turbines of the future have nearly twice the potential: up to 4.5 MW. While U.S. developers only just began to explore the possibility of 4-MW turbines a year ago, these days, orders for these large turbines account for thousands of megawatts under development.

Since bigger blades can generate twice as much power at a lower cost, this means wind farms of the future could get a lot smaller. The new blades require less land and fewer turbines to generate even more juice than their counterparts.

This reduced footprint makes wind power even more lucrative in areas like the Great Lakes and the West Coast, where development costs are especially high. There’s only one commercial offshore wind farm currently running in the U.S., a five-turbine operation located off the coast of Block Island, Rhode Island. States like California are starting to eye offshore wind power, however, as Pacific winds are more powerful than those that sweep the Atlantic.

5. …and that means they’re eclipsing other energy sources.

All these advantages add up to an attractive picture for developers, utilities, and consumers. Not convinced yet? Consider Texas, where wind energy surpassed coal in terms of electricity generated for the very first time this July. Why is this such a big deal? Texas burns more coal than any other state, yet it also has more turbines and more installed wind capacity than any other, too. If change can come to the Fossil-Friendly State, it can happen anywhere.

Another datapoint illustrating this trend across the United States: In April, our electricity generation from renewables outpaced coal — also for the first time — and accounted for about 23 percent of the country’s electricity. The Energy Information Administration expects renewables to surpass the annual generation of nuclear power next year, too.

We’re not meteorologists over here, but the forecast is starting to look pretty windy.

CREDO Energy is dedicated to powering progressive change through everyday acts of commerce. We give our customers the opportunity to support causes they care about—like climate justice and women’s rights—just by paying for their home electricity. That means, when you sign up for CREDO Energy in partnership with Energy Rewards, you’ll be helping the environment by offsetting your carbon footprint with clean, renewable energy credits. Plus, every month, CREDO donates a portion of all revenue from our products—over $150,000—to progressive nonprofits like 350.org, the Rainforest Action Network and Bold Alliance.