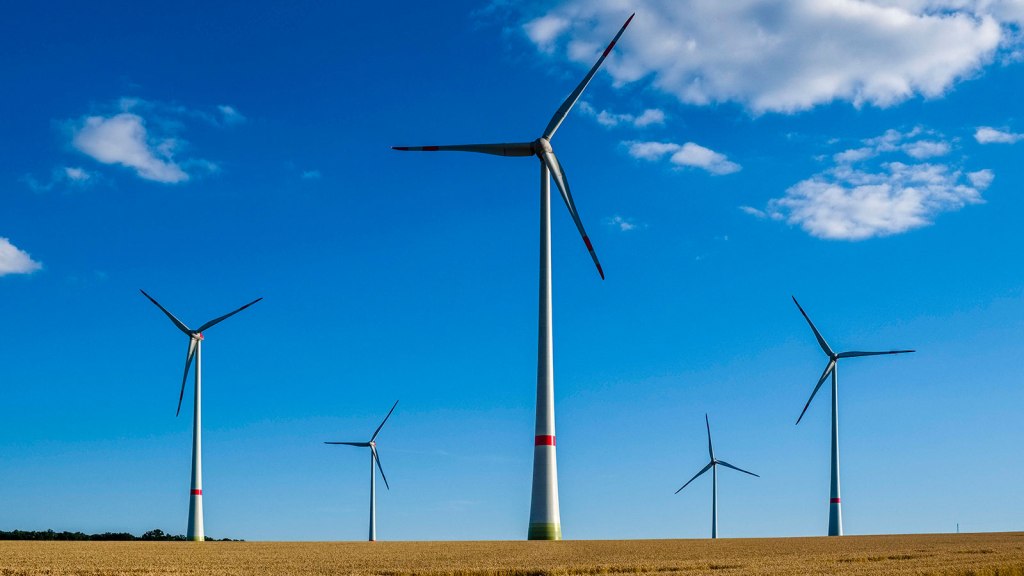 Green energy is making headlines. From California to Colorado to Illinois, state lawmakers are rejecting fossil fuel-generated electricity and embracing greener options. Democratic presidential hopefuls are mapping out ambitious clean energy proposals of their own. And supporters of the Green New Deal, a sweeping federal climate change proposal, want the U.S. to generate 100 percent of its energy from renewables within 10 years.

We will not stop the climate crisis without comprehensive, visionary political solutions. But individuals can champion green energy changes, too. Homeowners and renters can easily support green energy use by signing up to get their power from a renewable energy supplier—a greener alternative to a standard utility company.

The problem with ‘brown’ energy

Renewable energy gets to homes like any other type of power, through our country’s electrical grid. The grid, an immense web of wires, cables and transformers, was built in the 1890s and remains one of the most intricate feats of engineering today. In order to fire up each and every light bulb, electrical outlet and television in the country instantaneously, the grid operates in real time, and it’s tweaked almost constantly based on supply and demand.

But there’s no way to know whether electricity from the grid comes from a wind farm in Iowa, or a natural gas-fired power plant in Delaware. Once generators like coal- or solar-powered plants feed electricity into the grid, it becomes a single, high-voltage mix of both brown and green energy—but mostly brown—swirled into one.

Fossil fuels supplied about 63 percent of all the electricity generated by the U.S. last year, according to the EPA. (Natural gas contributed about 35 percent, while coal didn’t lag far behind, at 27 percent.) Nuclear energy provided an additional 20 percent of our country’s power.

Yet green energy contributed only 17 percent of the electricity generated across the country in 2018. That’s despite a booming green energy sector — with renewables slated to become cheaper than fossil fuels as early as 2020, by some accounts.

For decades, homeowners and renters in many parts of the country have been able to choose where their power comes from—including from renewable energy suppliers—instead of relying on a single utility. Renewable Energy Certificates, or RECs, help these suppliers source from green energy only.

A REC is created for every megawatt-hour (MWh) of renewable energy added to the grid. In other words, RECs keep tabs on how much green energy is created around the country, since the grid itself doesn’t distinguish (remember green vs. brown energy?). If a solar power plant generates 100MWh of power, for example, the plant receives 100 RECs in return, each with its own unique identification number for tracking. Renewable energy suppliers purchase RECs from the grid to match their customer’s monthly power use.

Buying RECs doesn’t increase the cost of energy for consumers by much, either. In Texas for instance, homeowners enrolled in Austin Energy’s GreenChoice program pay less than one penny more per kilowatt hour on their monthly electric bills. In return for the small premium, the utility purchases RECs created by wind energy harnessed within the Lone Star state to match 100 percent of their customer’s power. Environmentally-conscious homeowners who either don’t live in a deregulated energy market or who don’t have the luxury of installing their own solar panels can buy RECs from anywhere in the country, too.

Purchasing green energy can help each of us reduce greenhouse gas emissions associated with our electricity use. Each year, an average household in the U.S. adds about 16,000 pounds of CO2 into the atmosphere — exclusively from its electricity consumption. After the transportation industry, the electricity sector is the second-largest driver of global warming in the United States overall, contributing about 29 percent of annual greenhouse gas emissions, according to the Union of Concerned Scientists.

Coal, on the other hand, releases 1 to 4 pounds of carbon dioxide equivalent (the standard unit for measuring global warming) per kilowatt-hour — the most of any fossil fuel. Nearly 100 different air pollutants have been found in the emissions spewing from coal-fired power plants, including lead and formaldehyde. A number of those are linked to chronic diseases, like asthma and cancer, as well as birth defects and premature death.

Wind power emits 0.02 to 0.04 pounds of carbon dioxide equivalent into the atmosphere. Air pollution? Virtually none at all.

Until the day comes when the political scales tip and the grid relies on as few fossil fuels as possible, opting into a renewable energy supplier is a small yet substantial way for homeowners and renters alike to show their support for a greener, cleaner energy market.

CREDO Energy is dedicated to powering progressive change through everyday acts of commerce. We give our customers the opportunity to support causes they care about—like climate justice and women’s rights—just by paying for their home electricity. That means, when you sign up for CREDO Energy in partnership with Energy Rewards, you’ll be helping the environment by offsetting your carbon footprint with clean, renewable energy credits. Plus, every month, CREDO donates a portion of all revenue from our products—over $150,000—to progressive nonprofits like 350.org, the Rainforest Action Network and Bold Alliance.