6 great reasons to give up shrimp for good 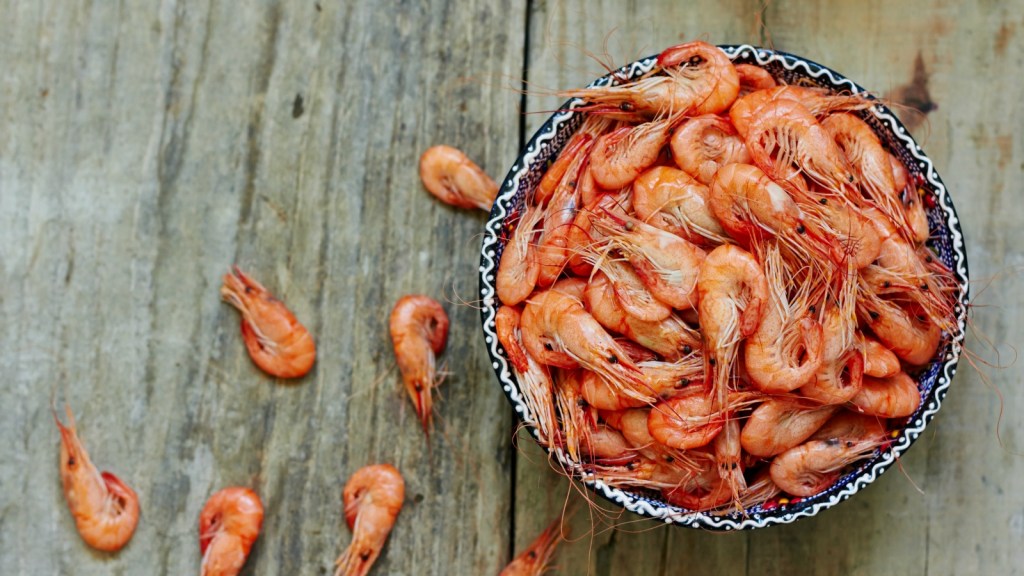 6 great reasons to give up shrimp for good

Ah, shrimp. Americans can’t get enough of it: Per capita consumption has doubled since the early ’80s, and we now eat on average about four pounds per year of the briny crustacean. Not even tuna and salmon (about 2.3 pounds each) outshine the shrimp on the U.S. dinner table.

But the all-you-can-eat specials and fish counter fire sales ride on a massive shrimp-farming boom in the developing world, mainly in South Asia. According to the Food and Agriculture Organization, global farmed shrimp production leapt from 154,00 metric tons in 2000 to 3.3 million metric tons in 2013. Imports now account for 90 percent of the shrimp we eat.

Yet for all its abundance, the diminutive shellfish carries some heavy baggage you might want to consider before consuming your next shrimp cocktail. Since its inception, the farmed-shrimp industry has been plagued by reports of unsavory working conditions and ecological destruction. Last month’s Associated Press blockbuster on slavery in Thai shrimp-processing factories is only the latest chapter. Here are six more problems with America’s favorite seafood:

1. Awful conditions on Thailand’s shrimp farms are nothing new. Staffed largely by migrant workers from Cambodia, Laos, and Burma, Thailand’s shrimp farms, the source of 11.7 percent of U.S. imported shrimp, have a labor rap sheet as long as the line at an all-you-can-eat buffet. In 2012, the Washington Post found that “overseas demand for shrimp products in greater volume has fueled a culture of exploitation in the Thai industry,” including teenagers working “16-hour shifts, seven days a week, for less than $3 a day.” A 2013 investigation by international labor groups found a variety of abuses on facilities owned by a major supplier to the U.S. market, including including illegal use of underage workers and illegal wages cuts. And a 2008 report from the U.K. labor rights group The Solidarity Centre found child labor, debt bondage, and wage theft on both Thai and Bangladeshi shrimp farms.

2. Farmed shrimp has a massive carbon footprint. Mangrove forests are engines of biodiversity along tropical shorelines — the very site of the shrimp boom. A 2012 U.N. report found that one-fifth of the globe’s mangroves have been destroyed since 1980, and “many remaining mangrove forests are considered degraded.” As much as 38 percent of that loss can be attributed to the spread of shrimp farming, the report found. And since healthy mangrove forests sponge up huge amounts of carbon, killing them contributes significantly to climate change. The Oregon State University ecologist and mangrove expert J. Boone Kauffman estimates farmed shrimp has 10 times the carbon footprint of beef raised in cleared rainforest land.

3. Farmed shrimp often has traces of antibiotics and antibiotic-resistant bacteria — and the FDA barely tests it as it comes in. Shrimp farms rely on antibiotics to speed up growth and control disease. For a 2015 investigation, Consumer Reports bought shrimp from retailers across the country and tested them for chemical and bacterial residues. Of 205 imported raw, farmed shrimp samples, 11 tested positive for one or more antibiotics, and six turned up with an antibiotic-resistant staph bug called MRSA. For a 2012 study, FDA scientists found that roughly 10 percent of samples tested showed resistance to no fewer than eight different antibiotics. The researchers concluded that “imported shrimp is a reservoir for multidrug-resistant Klebsiella,” which can trigger urinary tract infections and pneumonia. Yet the FDA’s inspection of incoming farmed shrimp is so weak and “ineffectively implemented” that the General Accounting Office gave it this harsh assessment in 2011.

4. Eating it doesn’t help with overfishing. Shrimp farms not only harm wild fish stocks by destroying mangroves, which are essentially the oceans’ nurseries in tropical areas; they also contribute to overfishing. That’s because most shrimp species are carnivorous, and it takes about 1.3 pounds of wild fish — in the form of processed fishmeal — to produce a pound of edible farmed shrimp.

5. Cheap farmed shrimp is helping kill the wild U.S. shrimp fishery. “A surge of imported shrimp from Indonesia, Ecuador, and India has sent [U.S.] prices plunging by more than a third in the past year,” BloombergBusiness reported in September. That’s good news for shrimp fans, but rotten news for shrimpers in U.S. coastal waters. “If something doesn’t change and prices don’t rise, fishermen cannot continue to work for these prices,” the president of the Louisiana Shrimp Association told Bloomberg. Battered not only by cheap foreign competition but also by recent cataclysmic hurricanes and oil spills, the Gulf shrimp industry — the source of the most U.S.-caught wild shrimp — is in crisis. The annual harvest is down 35 percent from five years ago, and the “number of permits for shrimping boats is down 24 percent since 2007,” Bloomberg reports.

6. Then there’s wild shrimp’s bycatch problem — and also mislabeling. In 2014, Oceana named the Gulf of Mexico shrimp fishery one of the nine “dirtiest” in the United States in terms of bycatch. Commercial shrimp boats use “nets as wide as a football fields” and inadvertently “catch millions of pounds of sharks and other reef fish such as snappers and groupers” and “injure tens of thousands of sea turtles.” And while eating wild shrimp means fewer antibiotic residues and a lower carbon footprint than farmed fish, the stuff marketed as “wild” is often falsely labeled farmed product, according to another 2014 Oceana study.

All of which makes me hungry for oysters and sardines.