6 tick-borne illnesses that will haunt your dreams tonight 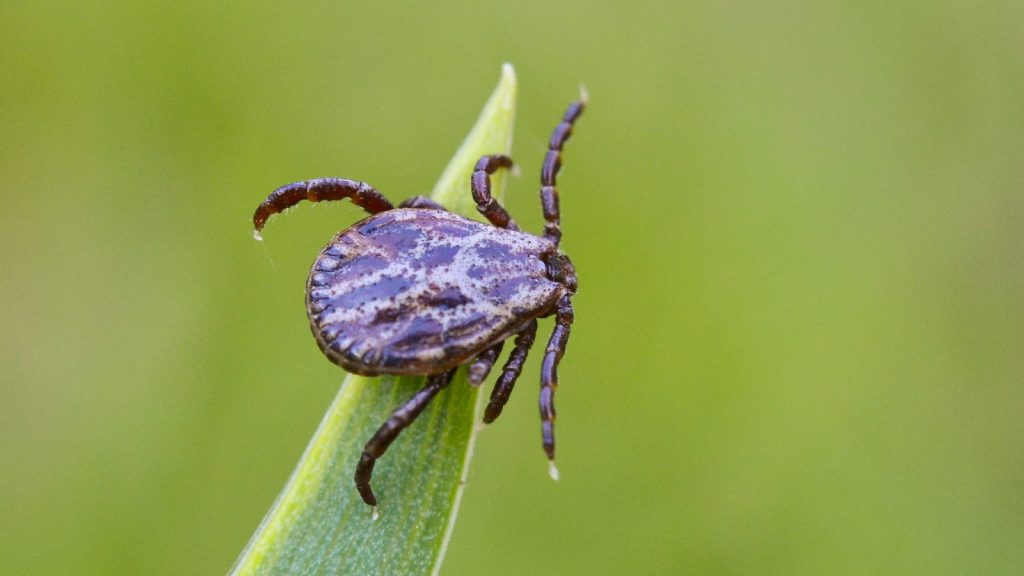 6 tick-borne illnesses that will haunt your dreams tonight

If you live in an area with a few trees and shrubs, you’re likely cohabitating with a network of bloodsucking, disease-ridden arachnids. That’s right, ticks are your next-door neighbors … except the diseases they carry aren’t neighborly at all.

On Wednesday, we were hit with a double whammy on these nasty little buggers. A committee submitted a report to Congress found that tick-borne illnesses are spreading to more people and present “a serious and growing threat to public health.” Take Lyme disease, an illness that’s caused by bacteria carried by blacklegged (AKA deer) ticks. The report found that over the past 25 years, the disease has increased by more than 300 percent in Northeastern states.

Here’s that second whammy: The Centers for Disease Control and Prevention announced that the kinds of diseases ticks carry are growing in number as well. The CDC says 2017 was a “record year” for ticks and the freaky bugs they carry.

In the U.S., there are currently 18 tick-borne illnesses recognized by the CDC, but researchers uncover more regularly that aren’t yet recognized by the agency. “The continued spread of ticks, the discovery of new tick-borne pathogens, and the spreading outbreak of human disease is a near certainty,” the committee report gloomily concludes.

Before we get into which new diseases you should be biting your nails over this year, there’s a big question worth answering: What’s to blame for this Great Tick-ward Expansion?

The answer is multi-faceted, but climate change plays a role. Warmer winters mean more ticks survive the cold season and can travel farther by hitching rides on deer, whose range expands in milder weather. Also at fault: exploding deer populations and human populations expanding into wooded areas. Here’s what new or rising illnesses you should be on the lookout for:

Ladies and gentlemen, meet the tick that can make you allergic to meat. Alas, this is not a prank. Lone star ticks, which were first discovered in the Southeast, have army-crawled their way into the Northeast, and their bite can trigger a serious allergy to red meat in humans. Not to mention, they hunt in packs like a gang of aggressive vampires. The cure to the allergy? Stop eating red meat, lol.

Blacklegged ticks have it all: They carry Lyme in addition to a host of other diseases, including a newly discovered infection called B. miyamotoi. Symptoms include fever, chills, sweats, fatigue, and more flu-like effects. The only real difference between B. miyamotoi and Lyme is that the former doesn’t come with a tell-tale rash. “The better to trick you with, my deer,” says a blacklegged tick, probably, rubbing two of its eight creepy feet together.

The Powassan virus is a rare illness that causes fevers, confusion, and memory problems. It’s carried by blacklegged ticks as well as some mosquitos and groundhog ticks. Surprised to discover groundhog ticks exist? Same and I’m a real tick aficionado.

Pour yourself a stiff drink, because ticks might carry something called Bourbon virus, now (researchers don’t know if it’s ticks for sure, yet, let alone which ones carry it). The first reported case was in Bourbon County, Kansas, in 2014, and the poor guy who had it died. There have been a few other cases since, but that’s pretty much all we know so far.

An Asian longhorned tick infestation was first found in New Jersey in 2017, but the ticks have now spread to seven states in total. None of the ticks found in America so far are diseased, but, in other countries like Asia, the longhorned tick carries S.F.T.S, which kills 15 percent of infected people. Have fun trying to sleep tonight.

Does any of this mean you shouldn’t step outside anymore? Hell no! We can’t just hand the great outdoors over to the ticks. That means they win. And doctors, by the by, agree with me. I’m sure as heck not gonna let a bunch of hungry sesame seeds scare me out of living my life, and neither should you. For more information about how to avoid getting bitten by these mean bloodsuckers go here.