It’s true that not all heroes wear capes. But if there’s one thing all heroes should definitely be wearing in 2016, it’s this fabulous hat.

In an election where climate change and environmental policy have taken a backseat to flashier topics like “saving” birds from wind farms we believe that the focus should be put back on the greatest threat to our fair nation — and, you know, the world. That’s why we’ve created the #MakeAmericaGreenAgain hat, a dare-we-say sexy reminder that the stakes are even higher in this election.

We can’t help but imagine the impact this message would have if we could get these celebrities to wear a MAGA hat. If only…

Noted shipwreck casualty and bear wrestler Leonardo DiCaprio is already a pretty awesome climate warrior. But just think about how much better he (and his Oscar) would look wearing one of these snazzy hats. 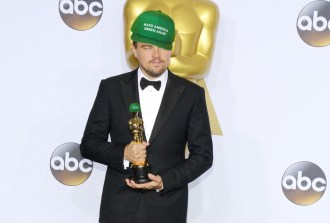 Unless you’ve been living under a rock (looking at you, climate deniers!) you know that U.S. gymnast Simone Biles is the breakout star of the Rio Olympics. She’s already got the gold, but we think she’d look even better in green. 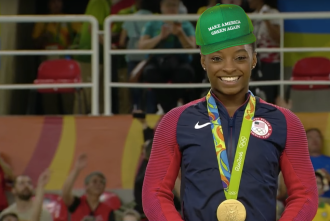 Because the world makes no sense, these two get conservatively twenty thousand times more publicity than climate change, and fashion is kinda their thing. If Kanye has 1,200 models for his next fashion show like he did for Yeezy Season 3, surely we can sneak a hat onto one of them. 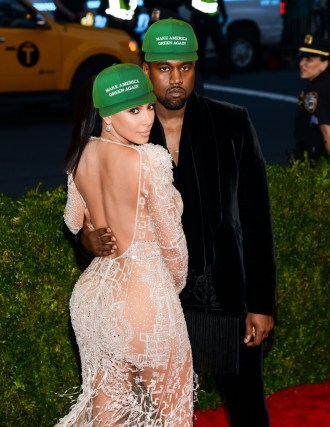 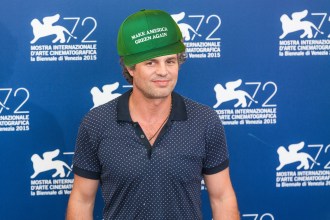 Pokémon Go has swept the nation, particularly among the youths. This electric little guy could help us reach a whole new generation — you know, the one that’ll be most affected by rising sea levels. 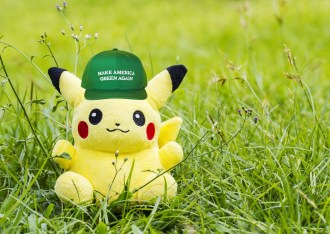 This sassy volleyball wouldn’t have gotten lost at sea if he were wearing a bright green hat. Just saying. 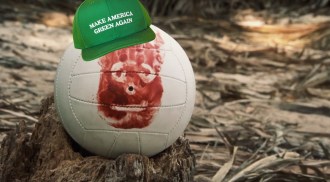 A cast-iron skillet: the most versatile and useful of kitchen tools, able to roast tasty veggies with ease. It’s the real star of the kitchen. We’d be honored if it wore our hat.

Can we add your name to this list? Get your #MakeAmericaGreenAgain hat today!