After the disaster comes disaster fatigue. Here's how to fight it. 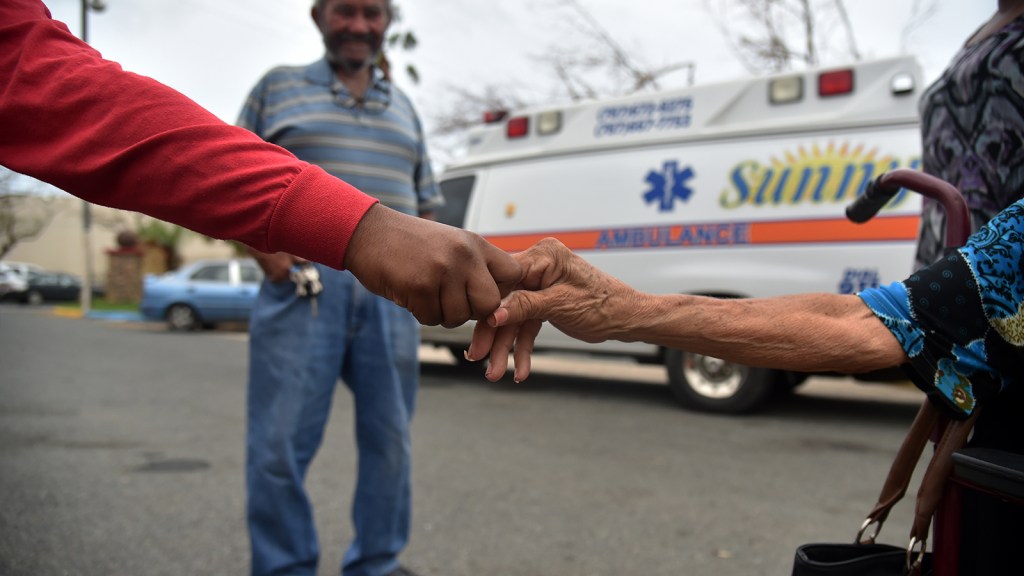 After the disaster comes disaster fatigue. Here’s how to fight it.

Q. There have been so many disasters in one short month. I want to do my part to help, and I know that that kind of aid is a long game. This feels horrible to say: I just feel myself caring less and less. Harvey was shocking, Irma was distressing, and Maria felt … exhausting. There’s so much destruction, and it doesn’t stop. What can I do?

Gloomy and Guilty About It

A. Of course this feels awful — not just the onslaught of disasters but our guilt at not being able to respond to them as we want to, to be the person we imagine ourselves to be.

If you’re feeling this way — exhausted, indifferent, culpable — rest assured, you’re not alone. In the face of so many crises in a row, we’re all exhausted. News coverage diminished for Hurricane Maria after Irma and Harvey, but FiveThirtyEight found that the number of people seeking information on Hurricane Maria also dropped significantly after Irma, as measured by Google searches.

This may be due to “disaster fatigue,” when prolonged exposure to news coverage of disasters causes potential donors or volunteers to lose motivation. To try and understand how to fight it, we can look to its more acute cousin, “compassion fatigue,” which is exactly what it sounds like. Also called “secondary trauma syndrome,” it’s a psychological condition commonly found in caregiving and direct relief professions and characterized by withdrawal, isolation, and a sense of apathy or helplessness.

Patricia Smith, founder of the Compassion Fatigue Awareness Project and a certified Compassion Fatigue Specialist (yes, that’s a thing) leads workshops with caregivers to help mitigate it. I asked her if the barrage of disasters could be inducing a kind of mass compassion fatigue.

In short, possibly. It’s not a Contagion situation, she explains: You don’t watch an on-the-ground interview on the destruction of San Juan and boom, compassion fatigue! But for people who naturally have strong feelings of empathy, the onslaught of bad news has a cumulative effect. When you place the needs of others before your own and feel obligated to rescue them, continually doing so can exhaust, deflate, and depress you.

“The day-in, day-out images, stories, and graphic pictures we’re seeing are only raising our levels [of compassion fatigue],” Smith says. “We think we can handle it, that we’re desensitized, but we’re not.”

Humans aren’t made to process an unlimited amount of trauma. In fact, we’re wired to protect ourselves against it. Smith tells me that seeing so much destruction and feeling incapable of doing anything leads to a kind of moral distress.

Nonstop coverage is how news media works in 2017 (Grist.org included), and this year has been particularly tough. Eric Blake, a meteorologist with the National Hurricane Center in Miami, has devoted his career to tracking hurricanes, including Katrina in 2005, which leveled his hometown of New Orleans. In many ways, that season paralleled this year’s, which he describes as the most intense and exhausting of his career.

The quick succession of storms, he says, means people see only the wreckage of one hurricane, and then they’re on to the next 30-foot wave. You rarely get to see that wreckage resolved. There’s nothing like being awash in all these images of destruction to crush your motivation to help.

That’s why Smith emphasizes the importance of stepping away from the news. Not entirely! But limiting exposure to the apocalyptic trifecta of internet, cable news, and social media is a way to maintain a store of productive, not guilt-inducing, empathy. Twitter, at press time, is sadder than it’s ever been. Better to read, run around the block four times, cook a stupidly elaborate pasta dish, talk to a friend — about anything except Donald Trump.

The idea, she says, is that we need to become more “self-directed” to help others. Which brings us to the Irma-sized elephant in the room: Self-care, especially when we’re talking about helping disaster relief victims who have lost everything, can seem indulgent in the face of actual, real-time climate disasters. There is enormous privilege, of course, even in the option to prioritize a regular jog.

But Smith insists that helps you to process so much bad, which is important if you’re inclined to help. When I first wrote about hurricane relief, I noted that it’s a long commitment — you can’t sustain it through a depressed fog.

Laura Moser is taking the truly long-game approach to hurricane resiliency. A former journalist, she moved home to Houston from Washington, D.C., to run for the House of Representatives after Trump’s inauguration. A couple of months later, Harvey hit, and she’s now trying to figure out how to rebuild her city while coverage of its destruction, not to mention volunteers and donation efforts, has evaporated.

Moser is no stranger to the slow death of enthusiasm. She’s seen it with the app she developed after Trump’s inauguration, Daily Action, which translated horrific news of the day into measurable steps: write your congressman, sign this petition, donate to this fundraiser.

The service had 250,000 signups when it first launched, but the registration has tapered off (although updates continue). “It’s hard to keep the same level of indignation to sustain that,” Moser says. She calls it — yet another way to be tired — resistance fatigue.

Moser organized on-the-ground relief efforts in the days after Harvey hit to provide household supplies to families in need. But donations have dwindled, including hers. “I’ve slashed my own personal contributions,” she says. “I ran out of the money I could spend. I’m just still trying to do what I can when I can.”

But she’s recommitted to helping Houston recover on a systemic level. “I want to win more than ever after Harvey, because I see what happens when you don’t regulate.” Moser says. She’s referring to the type of infrastructure and development that made Houston uniquely vulnerable to hurricanes, or the health care legislation that will further hinder Houstonians’ ability to recover from them, for example. “That gives me a new sense of purpose.”

I ask her what she’s doing to take care of herself and maintain that energy, and she notes that she has no time to bury herself in news, which helps. She pauses. “And it sounds really silly, but I make myself go to Pilates class.”

As silly as it might sound, a restricted media diet and weird, dumb stretches that don’t make any sense bolster your ability to act. And when you do act, try looking to what you can do that will alter some little segment of the future, so that you don’t drown in the overwhelming present. What action can you take now (or soon, at least after this Jane Fonda tape) to help people deal with major calamities to come? How can you use the things you’re already good at, delve into the causes you already care about, to improve a community’s ability to survive the next storm?

You won’t be the superhero who saves the world from the next hurricane. But you can do your one thing, and you have to be able to do it well — which means that this is your last piece of disaster content for the day. Seriously. Click away. Bye!