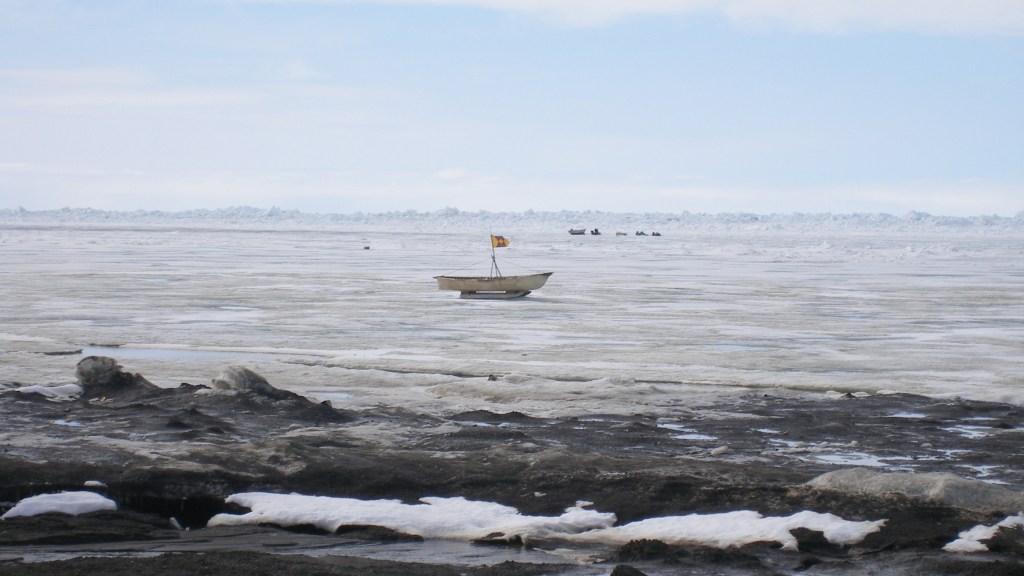 Today, the coastal village of Shishmaref, Alaska, voted to relocate due to climate change–induced rising sea levels, according to city council secretary Donna Burr. The community is home to about 600 people, most of whom are Inupiat Inuit, and welcomed votes from tribal and non-tribal residents alike.

This isn’t the first time the village has voted to relocate. In 2002, residents chose to leave for the mainland, but a lack of federal funds made that impossible. The U.S. Department of the Interior has made $8 million available for all tribes seeking relocation — that’s far short of the estimated $200 million the village needs to move.

A lot of residents, like 25-year-old Tiffany Magby, are too young to really remember the 2002 vote. Magby says she’s heard talk of relocation almost her entire life and that the vote was difficult for her.

“I waited until the last hour to vote,” Magby says. “I have a 3-year-old son, and am worried about what it means for his upbringing.”

Magby voted to stay, because she doesn’t want her son to lose access to traditional values outside of Shishmaref. She says she didn’t know how most people voted, because most were quiet about the decision, pondering their vote until the last minute. The vote still needs to be certified, but the unofficial ballot results are 89-to-78, according to Burr.

Burr says that that due to a lack of state and federal funding, the village will have to figure out a creative process to relocate. “It’s not going to happen in our lifetimes,” Burr says. “We just want to take the right steps forward for our children.”