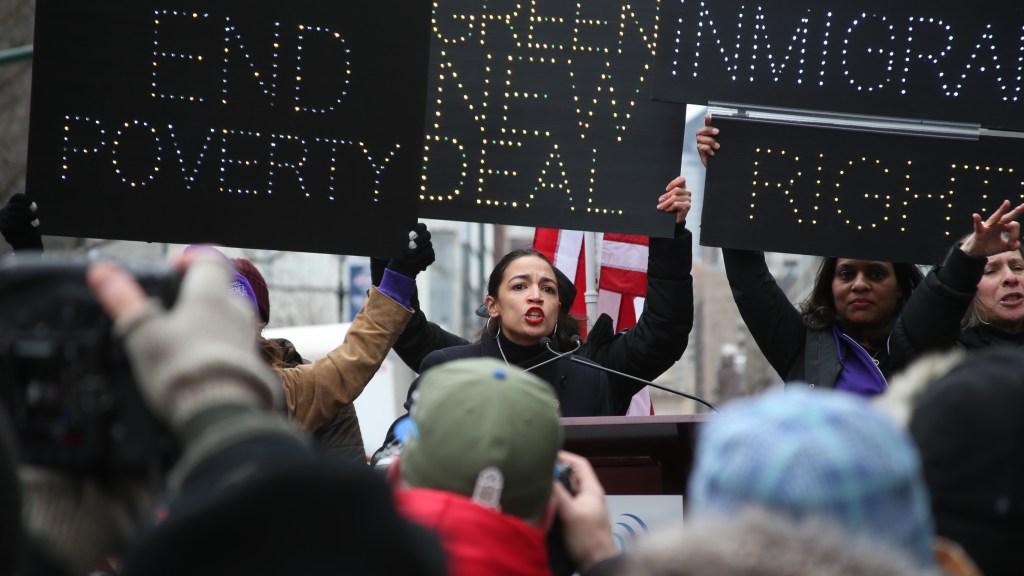 It’s as official as it ever was: The White House doesn’t want to be held responsible for acting on climate change.

In an interview on Fox News Tuesday night, White House Press Secretary Sarah Huckabee Sanders dismissed Representative Alexandria Ocasio-Cortez’s urgent calls to action on climate change: “Look, I don’t think we’re going to listen to her on much of anything, particularly not on matters we’re gonna leave in the hands of a much, much higher authority, and certainly not listen to the freshman congresswoman on when the world may end.”

This came in response to an interview Cortez did on Monday with the writer Ta-Nehisi Coates, during which she emphasized the 12-year deadline to slash carbon emissions enough to avoid the worst ravages of climate change. She told Coates that young people are looking for bold moves on climate change, and condemned the “abdication of responsibility” by those currently in power.

In the third round on Wednesday, Cortez turned to the bible in a Twitter thread.

“Genesis 1: God looked on the world & called it good not once, not twice, but seven times.

Genesis 2: God commands all people to “serve and protect” creation.

Leviticus: God mandates that not only the people, but the land that sustains them, shall be respected.” https://t.co/AhWd3vuVBd

Others, like climate scientist Katherine Hayhoe, quickly chimed in.

The idea that we can abandon the fate of every living thing on this planet and just “leave climate change to God” is actually unbiblical, the exact opposite of what Genesis says. Maybe it’s in two corinthians … https://t.co/yEgCvLfMTN

The congresswoman summed it up by saying: “You shouldn’t need a Bible to tell you to protect our planet, but it does anyway.”