Kirsten Gillibrand doesn’t just support the ‘idea’ of a Green New Deal, she’s wholly behind it 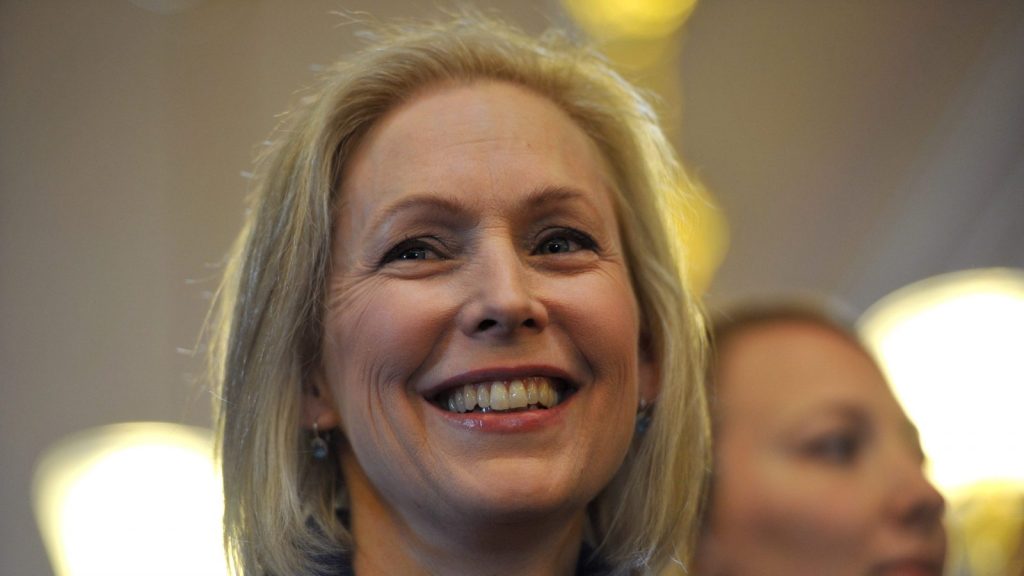 Kirsten Gillibrand doesn’t just support the ‘idea’ of a Green New Deal, she’s wholly behind it

In a testament to the power of political pressure and grassroots activism, a number of 2020 candidates have recently supported the concept of a Green New Deal — an economy-wide climate fix being championed by the Sunrise Movement and Representative Alexandria Ocasio-Cortez.

Why push the plan so hard now, when there’s little chance of legislation passing the Senate? Sunrise co-founder (and Grist 50 member) Evan Weber told Vox part of the logic is “to have a platform for candidates to run on in 2020.” In that sense, the initiative has been wildly successful: Elizabeth Warren, Bernie Sanders, and Beto O’Rourke have all signed on to the idea of a Green New Deal. But what exactly does that mean?

Kirsten Gillibrand, the most recent Democrat to make a 2020 announcement, just raised the stakes. On Thursday, she tweeted out what amounts to the strongest endorsement of a Green New Deal from a 2020 candidate thus far.

Climate change is an immediate and catastrophic threat to our future. And yes, it's real.

We need to:
✅Get to net-zero carbon emissions
✅Invest in clean energy and green jobs
✅Update infrastructure and build community resiliency

We need a #GreenNewDeal, and we need it now. https://t.co/viCTQMix9b

The junior senator from New York also sent a letter to Republican John Barrasso, chair of the Senate Committee on Environment and Public Works — a committee on which she serves as a minority member — outlining her vision for actually building out a Green New Deal.

“Given the stakes, we do not have time to waste,” she wrote, citing the 4th National Climate Assessment that came out in November and the Intergovernmental Panel on Climate Change report published in October.

In order to achieve a green America, Gillibrand asks the committee to hold hearings and consider legislation that would help decarbonize the economy and “get us to net-zero emissions by as close to 2050 as possible.”

She also calls for investment in green jobs, upgraded public transit, and other measures that would support a green economy. Most notably, she calls for legislation that will build “resiliency across a range of infrastructure in low-income and frontline communities that will bear the worst of climate impacts.”

All these steps and more align with what Sunrise activists and AOC have outlined in previous calls for a Green New Deal. And while it’s unlikely that Barrasso will take any of her suggestions seriously, Gillibrand’s letter might set an example for other candidates who have yet to express anything other than mild support for the plan’s goals.

Gillibrand doesn’t appear to be putting all her eggs in the same green basket, either. In an earlier interview with Pod Save America, she voiced support for a carbon tax, calling it an effective way to “attack global climate change.” The Sunrise Movement does not currently include a carbon tax as part of its approach, but in a previous interview with Grist, Weber said the group isn’t ruling the option out entirely.