For a guy with a stellar-sounding nickname and a title like “Captain of Moonshots,” Astro Teller is surprisingly down-to-earth.

It makes more sense when you get the origin story on the nickname, which is neither a bizarro parody from the show Silicon Valley nor the self-bestowed moniker of some egotistical tech executive: He got it from a few guys on his high school soccer team who thought his flat-top looked like AstroTurf. When Stanford mistakenly listed it as his legal name during his freshman year, Teller said, it stuck.

Since then, he’s sort of made a career out of taking a joke too far. As CEO of X, the so-called “moonshot factory” of Google’s parent company, Alphabet, Teller’s mission is to create an environment where smart people can say laughable things in the name of coming up with creative solutions to tricky problems. Most of those ideas will be quickly sacked, Teller said. But the few that remain are what a moonshot factory is all about: They’re so crazy, they just might work.

Take, for example, “Loon,” a project that sends big-ass WiFi balloons into the stratosphere, bringing connectivity to communities like post-Hurricane Maria Puerto Rico. Or “Wing,” an autonomous, electric delivery drone that brought Chipotle burritos to Virginia Tech students as early as 2016. Or X’s recent, as-yet-unnamed efforts to use spindly-legged robots and artificial intelligence to optimize food production. There are projects that have bombed, too, like “Project Foghorn,” X’s effort to produce methanol from seawater, which proved too expensive.

These wild ideas all have one thing in common: Anywhere else, they’d seem impossible. At X, they’re worth a try.

We caught up with Teller recently in Manhattan, where he spoke at One Blue Dot, an event cosponsored by Grist, X, and Elemental Labs. Here’s a bit of what he told us, edited for length and clarity.

Q.Why is it so important to say laughable things?

A.If no one’s laughing at you, your thing isn’t big enough. It’s not weird enough. You’re not being brave enough yet. Our experience is that, with things that make people laugh, you do have to throw 99 percent of them away. And then, occasionally, you’ll get something like Waymo — I remember a decade ago, people laughed at the idea of self-driving cars. There are now thousands of people in the Phoenix area who are getting rides to work and to school every day in cars that drive themselves, an increasing number with nobody sitting in the front seat. That doesn’t mean we’re done, but it doesn’t look quite so crazy anymore. The people that change the world, they change the world because they’re brave, because they’re weird, because they’re creative, and because they’re in an environment that makes it possible for them to do that.

Q.If saying laughable things works so well, why is it so rare?

A. You feel like you’re not allowed to. Large companies say, “We can’t take moonshots, because we’ve got these shareholders to report to.” Small companies say, “No, no, no, we can’t take moonshots, we’ve gotta keep our investors happy.” Governments say, “No, that was 50 years ago, we don’t do moonshots anymore.” Everyone’s got their excuse about why they’re not gonna say the laughable thing, about why they’re not gonna go try something. I don’t think it’s because Alphabet is special. I think we’ve chosen to say laughable things.

Q.How do you create a culture that makes that possible?

A. It’s simple: Don’t be a jerk. When somebody else says something crazy, what do you do? How much do you cheer for them? Not because they’re right, but because you love the fact that they took the risk to say that? The secret is, that’s all it would take.

Recognize that for hard things, over-the-horizon things, you can’t know ahead of time what that answer is. There’s a tiny chance that you’re right, but you’re probably not. Nor am I. But we can go explore your idea, and mine. Let’s be optimistic enough to put a whole bunch of stuff on the table, high-five the people that came up with those laughable ideas, and then be dispassionate and go around trying to find the Achilles heel in each one of these things.

A. The Moonshot Factory is about finding problems and solving them, and the climate crisis is the single biggest problem that we have to solve. I think the climate crisis will be mitigated not by one big karate chop, but by 10 medium-sized karate chops, where sizeable aspects of why CO2 is put into the atmosphere are just removed. Seven percent of the world’s CO2 output is cement. If you could find a different way to make cement, you could maybe shave as much as 6 percent of total world annual CO2 production off — that would be like taking a sizeable country totally offline. We don’t have a solution for cement, but it’s an example of the kind of thing that excites us, because it helps just as much as more traditional solutions, but it’s a little bit farther off the beaten track.

Q.How do you get people to let go of the 99 percent of projects that don’t work?

A. When people at X decide that their project shouldn’t continue, we go out of our way to celebrate those people. If I stand someone up on stage and say, “He just killed his project, you all better give him a standing ovation,” hopefully, the way people end up feeling is, “If I’m intellectually honest, and I raise the flag and say that this isn’t the right thing to do, then I’m going to be a superhero around here. It’s massively in my best interest to say that this project is over.” Then it becomes slightly easier to say well, I really care about this problem, but maybe this isn’t the way to solve it.

A. We have a “Cultural Alchemist” on our team, Gina Rudan, whose job is to help us find ways to ease the culture into these ways of being. We used to celebrate Halloween — “Googleween,” like the rest of Google — and we don’t do that anymore. Instead, Gina, who’s Latina, brought us the idea of having a Day of the Dead celebration. We use it as a time to remember people who are gone from our lives, but also projects and efforts that we’ve had to let go of. Using this more contemplative, soulful, meditative day helps people let go of things, and remember them positively and sweetly even after they’re gone. It’s also helpful to people who haven’t yet let go of something to start to make their peace.

A. We’re not interested in solving a problem that we’re pretty confident the world’s gonna solve otherwise. We’re interested in things that are sort of around the climate crisis. Take Wing, our delivery drone project, for example: The carbon footprint of bringing something to you or having you go get that thing is about 4 percent as much if we bring it to you with a drone. That could take a nontrivial amount of the transportation costs offline. Making grid-scale battery storage will also be transformative for helping renewables as they show up to be a higher and higher proportion of our total energy.

There’s a lot about the climate crisis that can be addressed with the things we already know about. We also need to have some Hail-Marys, and we don’t know what they are, but we can encourage each other to have the optimism and the dispassion to think of them, to suggest them, to try them out, to throw out the ones that don’t work, and to amplify the ones that do. And that will only happen if you have the belief structure that, together, we can do this. 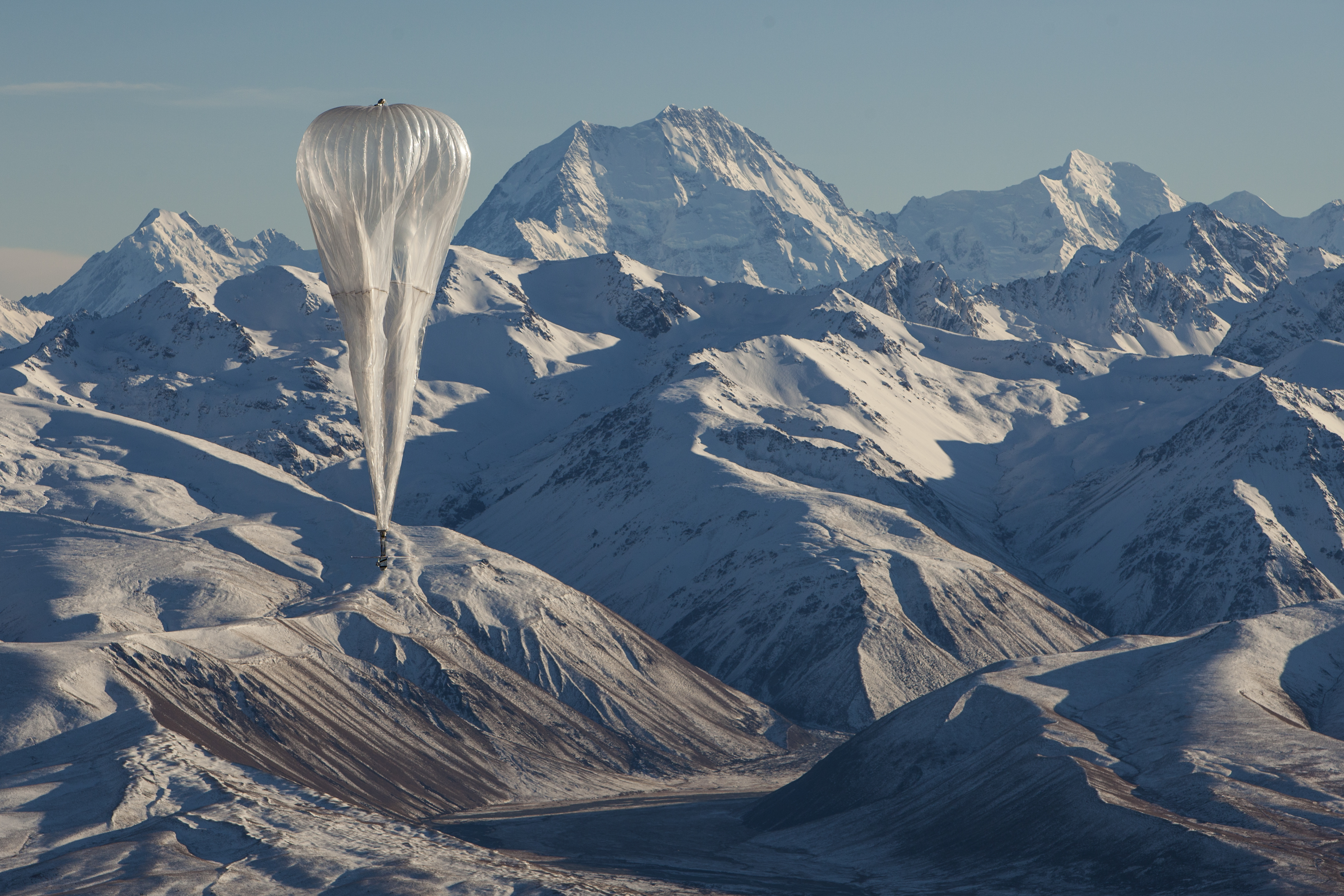