Some 30 miles north of San Diego, along the Pacific Coast, sits the Claude “Bud” Lewis Carlsbad Desalination Plant, the largest effort to turn saltwater into freshwater in North America.

Each day 100 million gallons of seawater are pushed through semi-permeable membranes to create 50 million gallons of water that is piped to municipal users. Carlsbad, which became fully operational in 2015, creates about 10 percent of the fresh water the 3.1 million people in the region use, at about twice the cost of the other main source of water.

Expensive, yes, but vital for the fact that it is local and reliable. “Drought is a recurring condition here in California,” said Jeremy Crutchfield, water resources manager at the San Diego County Water Authority. “We just came out of a five-year drought in 2017. The plant has reduced our reliance on imported supplies, which is challenging at times here in California. So it’s a component for reliability.”

A second plant, similar to Carlsbad, is being built in Huntington, California, with the same 50-million-gallon-a-day capability. Currently there are 11 desalination plants in California, and 10 more are proposed.

The cost of desalinated water has been coming down as the technology evolves and the cost of other sources increases.

It’s been a long time coming for desalination — de-sal for short. For decades, we have been told it would one day turn oceans of saltwater into fresh and quench the world’s thirst. But progress has been slow.

That is now changing, as desalination is coming into play in many places around the world. Several factors are converging to bring new plants on line. Population has boomed in many water-stressed places, including parts of China, India, South Africa, and the United States, especially in Arizona and California. In addition, drought — some of it driven by a changing climate — is occurring in many regions that not that long ago thought their supplies were ample.

San Diego is one of those places. With just 12 inches of rain a year in the Mediterranean climate of Southern California and no groundwater, the region gets half of its water from the distant Colorado River. The amount of snow that falls in the Rocky Mountains and keeps that mighty river flowing, however, has greatly diminished over the last two decades and according to some researchers may be part of a permanent aridification of the West. Climate change is a very real phenomenon for water managers throughout the Southwest and elsewhere.

A boom in de-sal, though, doesn’t mean that everywhere with access to the sea has found a new source of freshwater. Circumstances play a large role. “As populations increase and existing surface water supplies are being tapped out or groundwater is depleted or polluted, then the problems are acute and there are choices to be made” about de-sal, said Michael Kiparsky of the Wheeler Water Institute at the UC Berkeley School of Law. “There are places around the world where de-sal makes economic sense, where there is high pressure on the water resources plus a lot of available energy resources,” such as the Middle East.

De-sal proponents acknowledge the industry must confront and solve some serious environmental issues if it is to continue to grow. Desalination requires vast amounts of energy, which in some places are currently provided by fossil fuels. Kiparsky warns of a feedback loop where more de-sal is needed as the planet warms, which leads to more greenhouse gas emissions. In addition, there are serious concerns about the damage to marine life from the plant’s intake systems and extra-salty wastewater.

The first large-scale de-sal plants were built in the 1960s, and there are now some 20,000 facilities globally that turn seawater into fresh. The kingdom of Saudi Arabia, with very little freshwater and cheap energy costs for the fossil fuels it uses in its de-sal plants, produces the most freshwater of any nation, a fifth of the world’s total.

Australia and Israel are also major players. When the Millennium Drought gripped southeastern Australia from the late 1990s until 2009, water systems in the region dropped to small fractions of their storage capacity. Facing a crisis, Perth, Melbourne, and other cities embarked on a large desalination plant spree. The plant in Melbourne, which provided its first water in 2017, cost $3.5 billion to build and provides a third of the city’s supply. It’s critical because the region has had below-average rainfall for 18 of the last 20 years.

Israel, too, is all-in on desalination. It has five large plants in operation, and plans for five more. Chronic water shortages there are now a thing of the past, as more than half of the country’s domestic needs are met with water from the Mediterranean.

Globally, more than 300 million people now get their water from de-salination plants, according to the International Desalination Association. 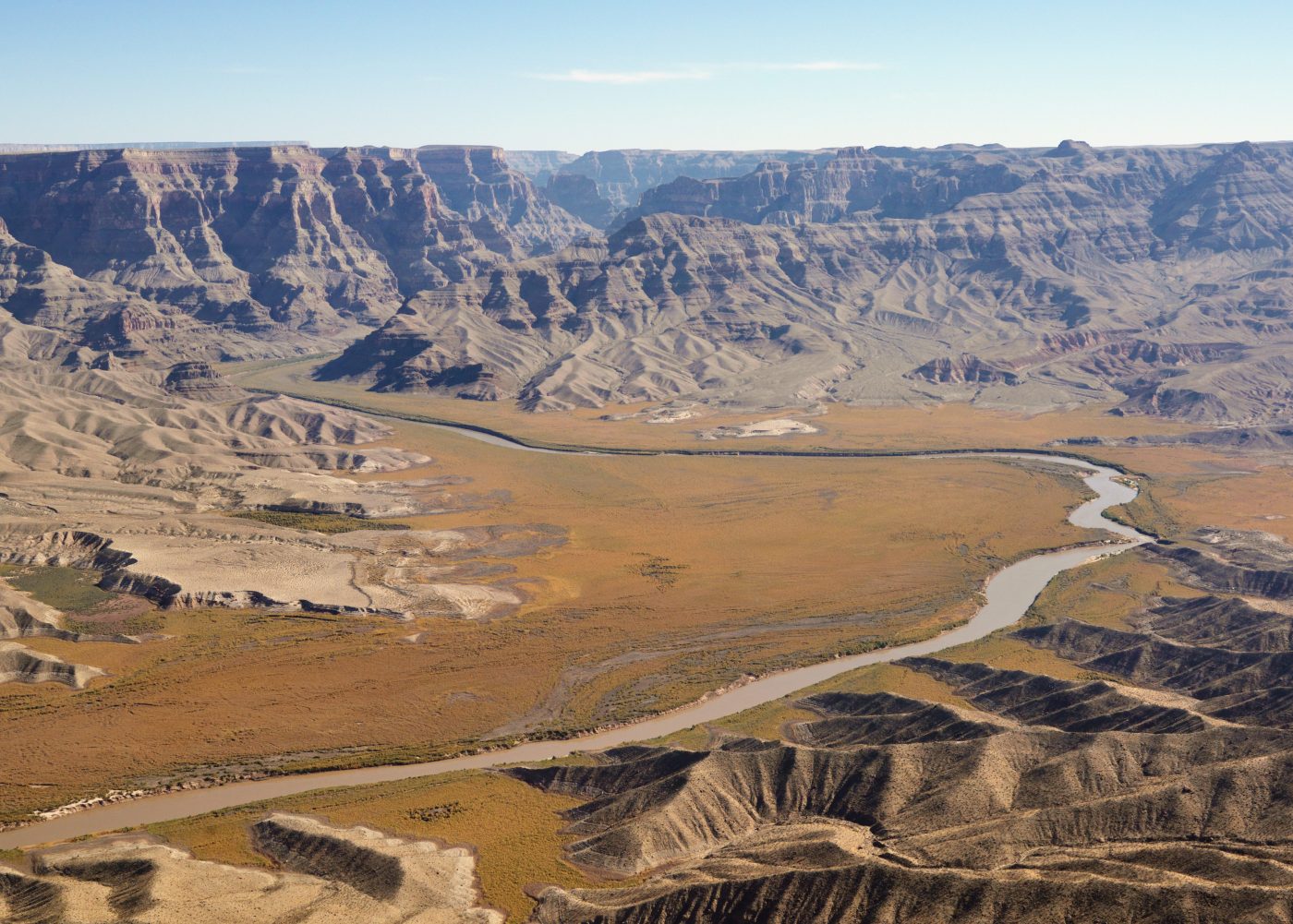 But despite the need, de-sal plants will not be built on every coastline. Foremost among the barriers is the cost of constructing a plant and the cost of processing the water. The San Diego County Water Authority pays about $1,200 for an acre-foot of water sourced from the Colorado River and the Sacramento San Joaquin River Delta and pumped hundreds of miles to Southern California. The same amount from the Carlsbad plant — enough to supply a family of five for a year — costs about $2,200. As Lake Mead — the reservoir of Colorado River water on the Nevada-Arizona border that supplies San Diego — drops precipitously, it may someday, perhaps in the next several years, no longer be able to supply San Diego. Certainty is paramount.

De-sal, however, is plagued by some serious environmental problems. There are two types of desalination – thermal, which heats up water and then captures the condensation, and reverse osmosis, which forces seawater through the pores of a membrane that are many times smaller than the diameter of a human hair. This traps salt molecules, but allows the smaller water molecules to go through. Both require a great deal of energy, and greenhouse gas emissions created by the power needed — especially in the Middle East, where fossil fuels generate electricity — are a significant contributor to global warming.

There are ecological impacts as well. It takes two gallons of seawater to make a gallon of freshwater, which means the gallon left behind is briny. It is disposed of by returning it to the ocean and — if not done properly by diffusing it over large areas — can deplete the ocean of oxygen and have negative impacts on sea life.

A study by the U.N. Institute for Water, Environment and Health published earlier this year contends that the problem of brine waste has been underestimated by 50 percent and that, when mixed with the chemicals meant to keep systems from fouling, the brine is toxic and causes serious pollution.

Another problem comes from the sucking in of seawater for processing. When a fish or other large organism gets stuck on the intake screen, it dies or is injured; in addition, fish larvae, eggs, and plankton get sucked into the system and are killed.

“At our intake we [draw in] tiny little organisms, that amount to about a pound and a half of adult fish per day,” said Jessica Jones, a spokesperson for Poseidon Water, which owns the Carlsbad plant. “To mitigate that we are restoring 66 acres of wetlands in San Diego Bay. And we just got a new intake permitted which will lessen the impacts.”

According to Heather Cooley, research director at the Pacific Institute, “There are a lot of unknowns around the impact on sea life. There hasn’t been a lot of monitoring at the facilities.” A strategy increasingly being used to obviate, or reduce, that problem is to bury the seawater intakes beneath the seafloor and use the sandy ocean bottom as a natural filter.

In 2016, California passed the Desalination Amendment, which tightened regulations for intake and brine disposal. Proponents of desalination contend the changes have been onerous and are slowing the march toward a de-sal future.

Because of the cost of seawater processing and the impacts on the ocean, much of the recent desalination growth has involved the use of brackish water. The solids in brackish water are one-tenth the amount in ocean water, and that makes the process much cheaper.

Arizona, perpetually short on water and facing a Colorado River supply shortage, is looking at both a seawater de-sal plant in partnership with Mexico — which has the ocean access that the state lacks — and at plants that can treat the 600 million acre-feet of brackish water deposits the state estimates it has.

Texas, meanwhile, now has 49 municipal de-sal plants that process brackish water, both surface and subsurface. San Antonio currently is building what will be the largest brackish water de-sal plant in the country. In its first phase, it produces 12 million gallons a day, enough for 40,000 families, but by 2026, the plant — known as H2Oaks — will produce 30 million gallons a day. Brackish water de-sal costs $1,000 to $2,000 per acre-foot.

The Pacific Institute’s Cooley argues that before building de-sal plants, municipalities should fully implement conservation programs, promote potable re-use — the re-use of wastewater, also known as toilet-to-tap recycling — or treat storm water runoff. “It makes sense to do the cheaper options first and leave the more expensive options down the road to be developed when you need them,” she said.