Climate data is usually seen in pixels, spreadsheets, and maps. But watercolor paintings? Not so much.

That’s what makes a growing series of paintings by Maine-based artist Jill Pelto so striking. They combine haunting imagery from the natural world with hard data showing the impact climate change is having. 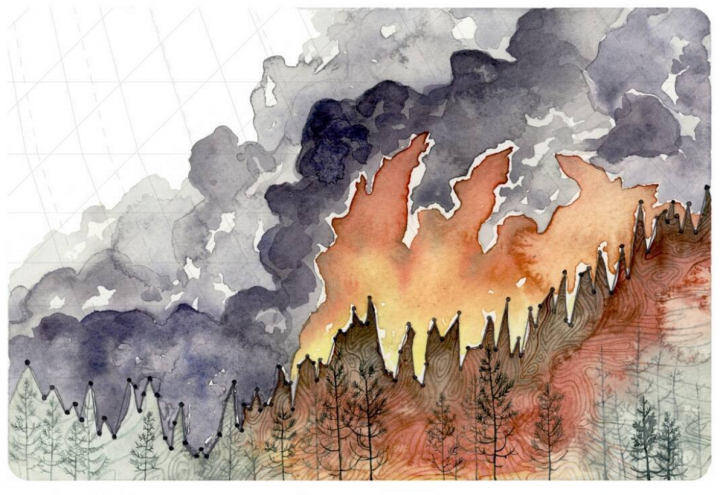 Large wildfires are happening more frequently and burning more area across the western U.S. in part due to rising temperatures. The global average temperature is shown between the flames and the forest.Jill Pelto

The message can be subtle, with the global average temperature graph tucked in a painting that shows wildfires raging. But the point is clear. Data — and the way humans are influencing that data by emitting greenhouse gases — is an essential part of the landscape and the changes that are happening.

And by embedding that message within paintings, the works become a Trojan horse for science to reach a public that doesn’t necessarily think about data points and models.

“Most of the population doesn’t pay attention to the scientific community and research,” Pelto said. “That’s the group I want to target.” 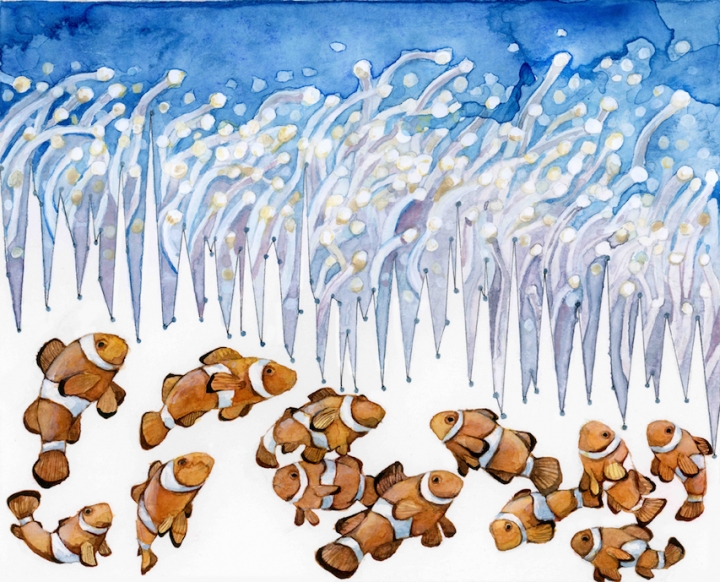 Ecosystems are threatened by ocean acidification, represented in the background of the painting by a decline in ocean pH.Jill Pelto

The global average temperature, sea-level rise, disappearing Arctic sea ice, and other major climate indicators have made an appearance in Pelto’s artwork. But local climate stories are also something she wants to explore more since they can make pieces even more emotionally resonant.

Her father, Mauri Pelto, is a glacier researcher who has worked in Washington’s North Cascades for decades. Glaciers there have been receding at an alarming rate, including a huge drop in 2015 following the hottest year on record for the region. The warm year also caused a large portion of precipitation to fall as rain rather than snow, further shrinking glaciers across the region.

Summer trips to the region have been a family affair since Jill was in high school and they’re what piqued her interest in making climate impacts clear. 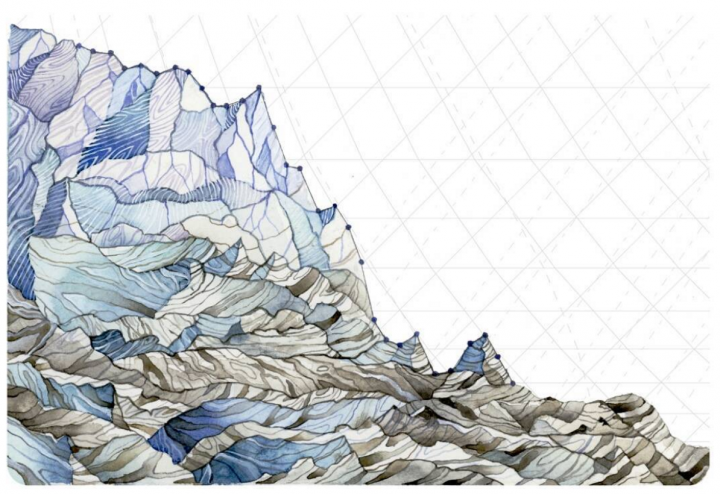 Glaciers are losing mass in the North Cascades, where Pelto’s father has done work for decades monitoring glacier retreat and related changes. Annual glacier mass balance data is represented in the painting.Jill Pelto

“To me it’s really dramatic and it means a lot because it’s something I personally experienced,” she said. “Seeing signs of climate change that were more evident inspired me to pursue science at the same time as art.”

Next up on the local data-art docket are eastern Canadian caribou, which have seen a rapid decline since the early 2000s. Beyond that, Pelto said she’d like to collaborate with any other scientists looking to have their data become art. And eventually her own research could inform her art once she begins an earth science Master’s this fall at the University of Maine.