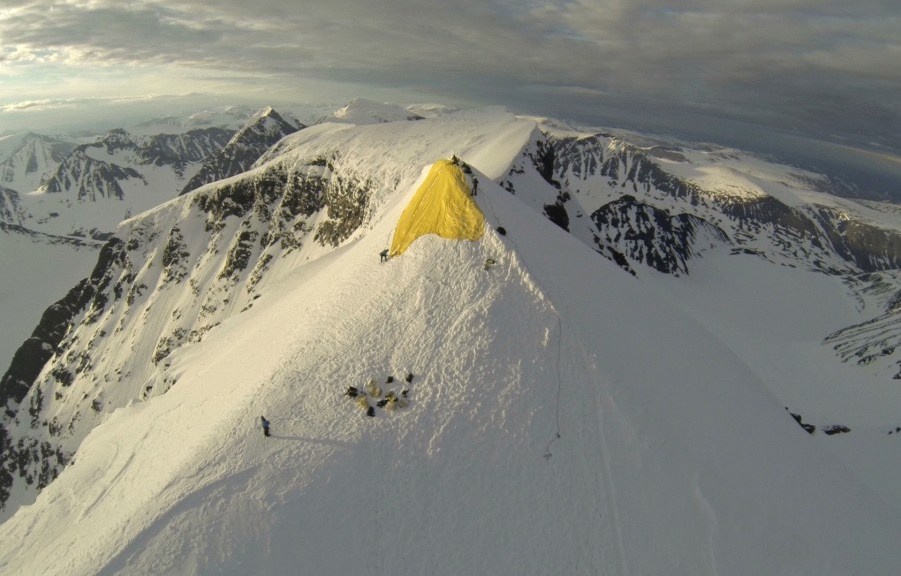 Move over, Christo and Jeanne-Claude: There are new Earth artists in town, and their muse is climate change.

In 2014, artists Lars Bergström and Mats Bigert installed a giant reflective blanket atop Sweden’s tallest mountain, Mount Kebnekaise, which has been losing an average of a meter a year to rising temperatures. Their goal was to stop the melting. “We thought this would be a good symbolic gesture — to go up and try to save this small peak,” Bigert told Fast Company.

Shockingly, the blanket may have actually worked. “Though it’s hard to say definitively if it was because of the small blanket,” Fast Company reports, “the peak grew another foot for the first time in 25 years.” Even weirder, they aren’t the only ones to think of this wild idea: In 2005, ski resort operators in Austria covered a mountain with white fleece to prevent snow loss, and in 2011, a Scottish climatologist suggested covering ski mountains in bubble wrap.

Regardless of the practical applications, Bergström and Bigert consider their art project to be a sort of awareness-raising campaign. “If [melting] continues at the same pace, the peak will no longer be Sweden’s highest point,” said the artists. “Our intervention to prevent the glacier’s melting is a symbolic geo-engineering performance that represents humanity’s ability to change the climate for better or for worse.”

The Freeze, as the project is titled, is the third in a series by Bergström and Bigert exploring what they describe as “mankind’s desire to control the climate, the weather and their own living conditions through geo-engineering.” An installation about the work will be on display in Stockholm through Feb. 14.