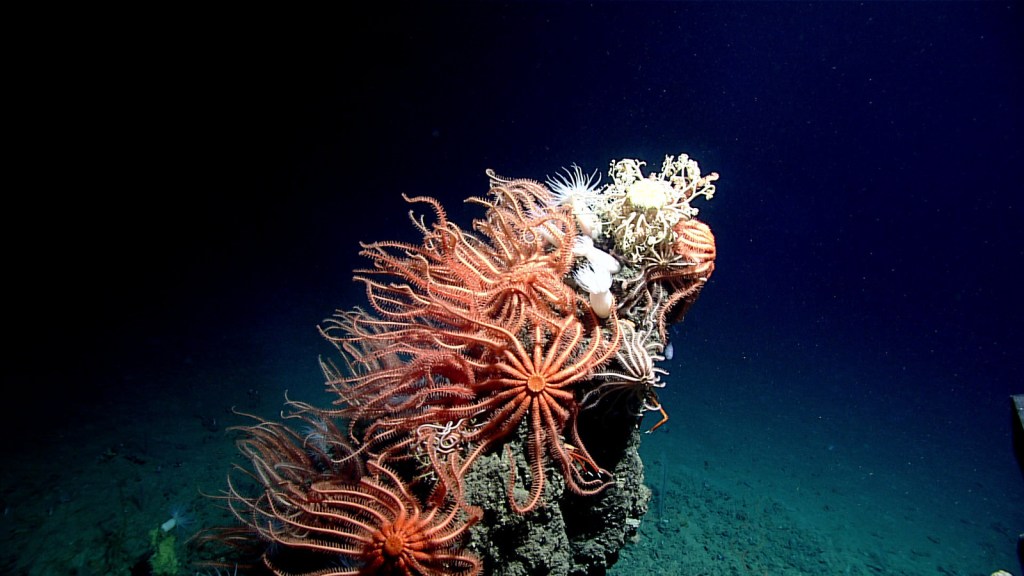 The future looks grim for coral reefs. Warmer oceans, overfishing, pollution, and gradually acidifying waters have destroyed more than a third of the world’s shallow tropical coral reefs. Just this week, a new report said that Australia’s Great Barrier Reef — the crown jewel of the world’s oceans — lost half of its corals in just the past three years. More than 90 percent of the world’s near-surface coral habitat could be gone in the next 30 years.

This is a big deal. Coral reefs support about a quarter of all marine biodiversity in just 1 percent of the ocean’s space. And so tropical reef fish, among the most vulnerable organisms when it comes to climate change, are increasingly under threat.

But amid all the bad news, it’s vitally important to have a reality check: Some reefs and reef fish — the familiar angelfish, eels, snappers, and parrotfishes — will survive. We are just now learning some basics of how Earth’s vast biodiversity responds to warming, and there’s a growing realization that deeper, cooler waters are one possible future for coral reefs and the fish that inhabit them.

A recent study in the journal Scientific Reports builds upon other studies showing that some coral reef fish may be more resilient than we thought to climate change, boosting chances that reef ecosystems might withstand the current onslaught. The evidence suggests that tropical fish species can adapt to warmer waters just by moving a few feet down to cooler waters. For some fish, profound changes don’t necessarily lead to extinction.

Carole Baldwin, a marine biologist at the Smithsonian Institution and lead author of the new study, thinks that deeper waters are the future for coral reefs, and she makes a case for hope amidst uncertainty.

“We know that fishes in general, like a lot of marine organisms, can survive a lot deeper,” says Baldwin. “We figured that there was a lot of habitat that is suitable for reef organisms between 500 and 1,000 feet, and sure enough, that is exactly what we found.”

Baldwin and her colleagues have discovered and named a new zone of the ocean between about 400 and 1,000 feet down where species may be beginning to flee and morph into entirely new ecosystems. Baldwin had to use a submarine to conduct her research off the coast of Curaçao in the Caribbean.

The new oceanic realm that Baldwin and her colleagues have identified — the “rariphotic zone” — is named for its lack of sunlight (rari = low, photic = light).

As a curator of the Smithsonian’s fish collection, the largest of its kind in the world, Baldwin knows a thing or two about tropical fish. And it’s possible that this “new” zone has actually been around for a long time, providing refuge for surface fish during times of environmental turmoil. Baldwin says there’s evidence that gobies — a type of small, bottom-dwelling fish — migrated from shallow reefs to deep reefs in response to warmer waters about 10 million to 14 million years ago. She wants to expand her work in the rariphotic zone to study other groups of fishes and the corals themselves, in an attempt to learn more about larger-scale responses to ocean warming.

“The hopeful thing is that if species start moving deeper now or in the future in response to warming surface waters or deteriorating reefs, that there are these other zones that they can go to.”

“The more we look, the more obvious it is that there are no natural ecology-wide boundaries” that prevent shallow fish from descending to greater depths, he says.

But it’s not as if surface fish can just pack up and move to deeper waters overnight, either. Pyle says that there are certain species, such as some rays, that live at both shallow and deep waters, and those are the ones that stand the best chance of survival.

“If we screw up the shallow reefs,” Pyle says, “we can take some comfort knowing that the deeper reefs still have populations of these organisms.”

Pyle is a pioneer of deep-water coral exploration. But the new zone that Baldwin and her colleagues have identified goes even further into the depths.

“These deeper coral reefs below about 30 meters have been barely looked at for the past several decades,” Pyle says. One reason is that’s about as deep as scuba diving gear allows you to easily go.

As a result, no historical data exist for species in this zone of tropical reefs. There isn’t even much data about temperature at these depths, though it is significantly cooler and more stable than surface waters.

To be sure, Pyle says there’s reason to believe that deep reefs may even be in greater danger than their shallower cousins.

All of this argues for doubling down on deep-reef research in preparation for the ravages of climate change in the coming decades.

“We just need to spend more time out there in the sub to see what’s happening,” says Baldwin. She thinks it’s a good idea to begin designating deeper reefs as marine protected areas, too.

Reefs will survive, at least in some form. It’s just a question of what they will look like. Genetic engineering of corals, farming corals, transplanting corals, or trusting corals to adapt in surprising ways are all strategies currently underway.

And it looks like coral fish have a shot at surviving, too. If they migrated to the depths in the past, maybe they could do it again.