At Eagles’ Nest in Colorado, atop a ridge above the town of Vail, visitors swooped down the mountain last summer on a brand-new alpine coaster, whose track loops like a loose ball of yarn through the conifer forests. And there were other attractions for the fun-seekers: a bungee trampoline, disc golf, climbing wall, ropes courses, and zipline tours.

These new attractions opened last summer at Eagle County’s Vail Mountain Resort thanks to a law passed by Congress five years ago, which expressly allows summer activities on the 122 U.S. ski areas that operate at least partly on federal lands.

The activity center at Vail, along with a similar development at Heavenly, a Lake Tahoe resort, represents the first application of this new authority. Colorado’s Copper Mountain and Breckenridge recently got Forest Service approval to add summer attractions, and dozens of other ski companies across the West are also readying their plans. 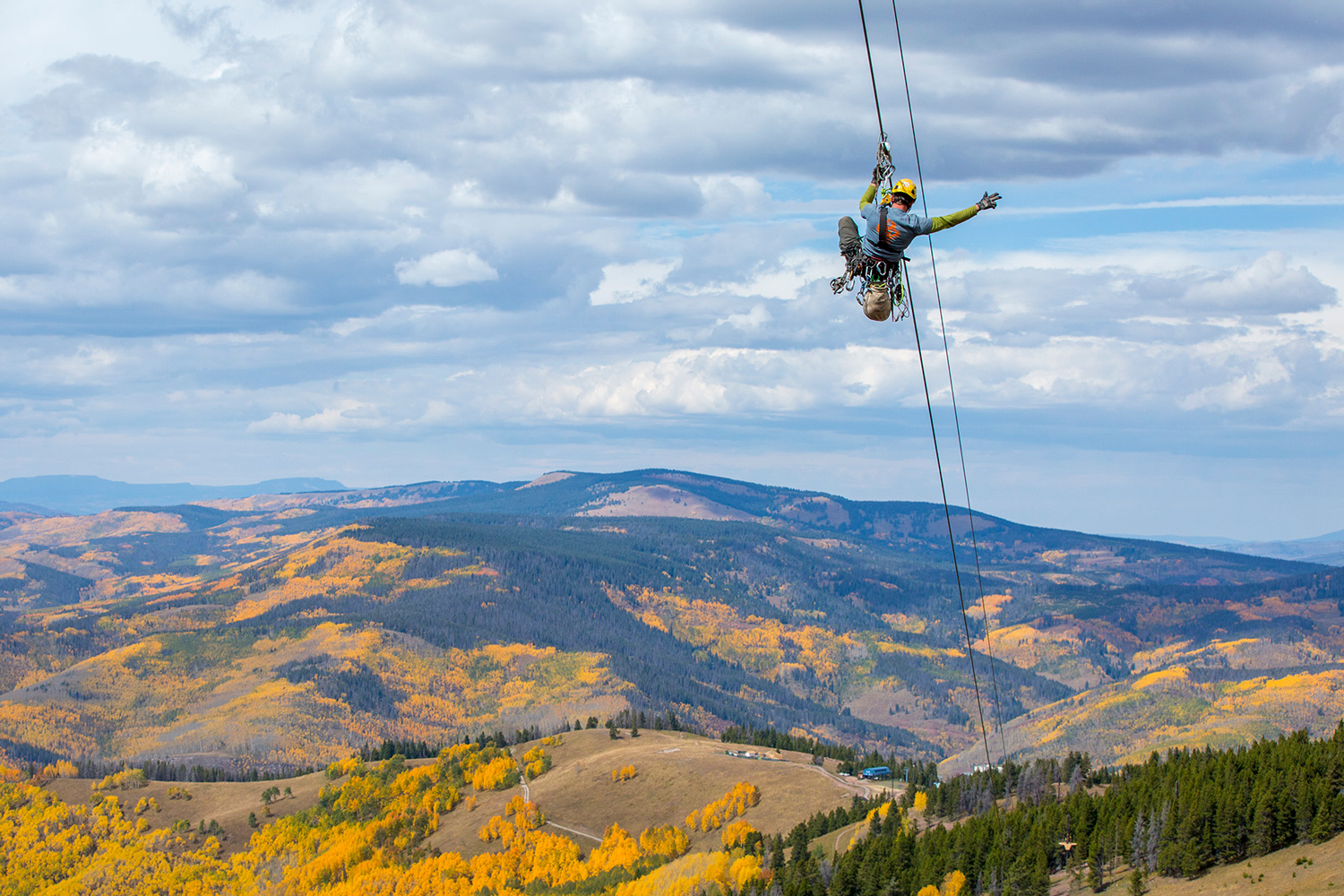 The added features strengthen a resort’s economic resilience, says Arthur De Jong, the mountain planning and environmental resource manager at Whistler Blackcomb in British Columbia, which has an alpine coaster, ziplines, and a mountain bike park. U.S. ski areas, which often lose money over the summer, are hoping to generate additional revenue to help cover year-round costs for everything from lifts to employee housing.

But that’s not the only reason: Looming over the shoulder of many ski areas, particularly those in the Sierra Nevada and at lower elevations elsewhere, is the specter of a changing climate. Summer attractions may help resorts offset losses incurred as warmer temperatures nibble away at the ski season. “Climate change makes it all the more imperative,” says De Jong.

In the East, where most ski areas operate on private or state lands, the push to create non-snow activities began some years ago. The payoff came last winter: At Christmas, many resorts were barren of snow, but New Hampshire’s Cranmore Mountain Resort drew visitors by reopening its bungee trampoline and ropes course. At Mount Sunapee, people zipped down a canopy tour line.

But more than a hundred ski areas on Western national forests were governed by a 1986 law that authorized snow-related activities but provided no guidance for other uses. Forest Service managers made summer-use decisions on a cumbersome case-by-case basis. Seeking clarifying legislation, ski industry representatives argued that mountain operators could offer year-round outdoor recreation while controlling impacts to public lands.

In 2011, a bill sponsored by then-U.S. Sen. Mark Udall, a Colorado Democrat, greatly expanded what ski areas are authorized to do, as long as the new activities and facilities “encourage outdoor recreation and enjoyment of nature” and “harmonize with the natural environment.” As the Ski Area Recreational Opportunity Enhancement Act was being drafted, some environmental groups fretted that ski resorts would be turned into Disneylands, says Doug Young, then an aide to Udall. So the bill prohibits water parks, swimming pools, golf courses, tennis courts, and amusement parks, even as it clears the way for mountain bike parks, ziplines, and ropes courses. Vail Mountain and Heavenly were the guinea pigs as the ski industry and the Forest Service worked their way through the new process.

The impact of summer activities will vary from ski area to ski area, says the Forest Service, but in all cases they will be assessed by the federal environmental review process. And the agency insists that nature education must always be a component of any summer activities. At Vail, The Nature Conservancy, a national nonprofit, and the local Walking Mountains Science Center collaborated on an innovative set of stations where visitors can see a rabbit from two miles away, as if through the eyes of a red-tailed hawk, or perceive sound the way a mule deer does.

Ski areas must pay extra fees for summer activities. While the Forest Service has offered no estimates of how much additional revenue the activities will generate, it does project about 600,000 summertime visits to ski areas and almost $32 million in additional direct spending in neighboring communities, with a ripple effect of 500 annual, temporary, or full-time jobs. Arapahoe Basin, another Colorado resort, expects to hire 21 positions related to planned summer activities in addition to the 60 current year-round employees.

For ski resorts and the communities that depend on them, the new attractions’ biggest benefit will be the long-term one, as they help buffer resorts from unpredictable weather and, eventually, big shifts in climate. Ski areas could lose as much as a third of their winter seasons by mid-century, according to a recent study from the University of Waterloo. “That’s not anything anybody in the ski industry would like to see,” says Aspen Skiing Co. spokesperson Jeff Hanle, “but we have to be prepared for it.”