As snow becomes scarce, scientists are making their own 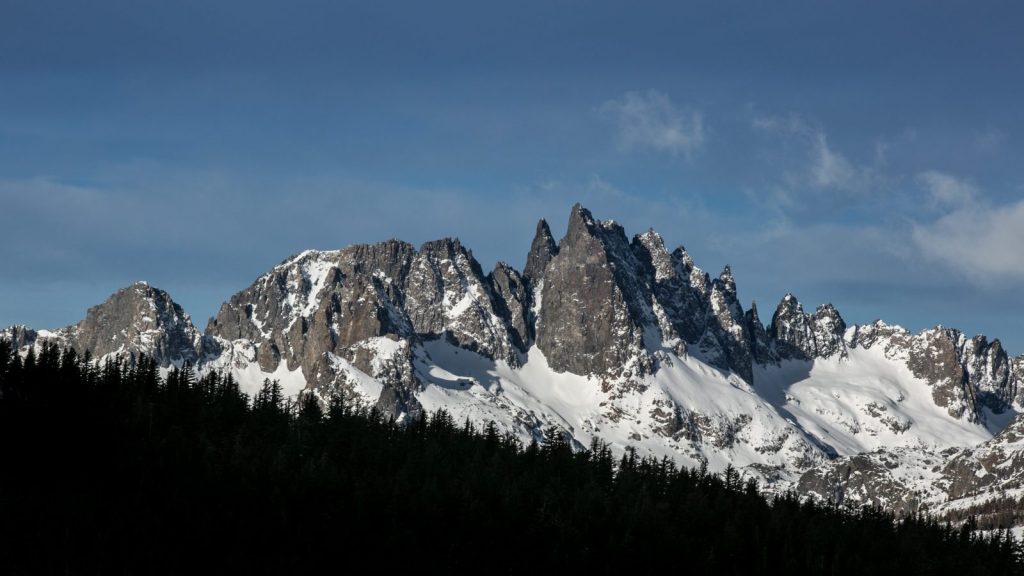 As snow becomes scarce, scientists are making their own

Winter descended early on Colorado this year, bringing snow to the state’s tallest peaks days after Labor Day. But dry conditions continue to haunt the state’s ranchers: Last winter, the San Juan Mountains received just 50 percent of their normal snowpack. By the time summer rolled around, grazing pasture was scarce, and some ranchers were forced to sell cattle they couldn’t afford to feed. “To see them be loaded on the truck just brings tears,” La Plata County rancher Barbara Jefferies told a reporter in June.

Snow that accumulates on mountaintops across the western United States in the winter flows into the region’s irrigation systems and reservoirs during the rest of the year, and supplies drinking water to much of the region. This resource is taking a hit from climate change: Between the 1980s and the 2000s, the amount of water in the snowpack declined by 10 to 20 percent annually. Research published in the journal Nature Communications last year projects an additional loss of up to 60 percent before 2050.

Some municipalities are now hoping to coax more snow from the sky through a process called cloud seeding. There are now cloud seeding programs in at least nine states across the western United States and 50 countries worldwide, including Australia, India, and Saudi Arabia. Though controlling the weather may seem like the stuff of science fiction, the technology has been around for decades.

In 1946, chemist and General Electric researcher Vincent Schaefer discovered through a lab experiment that dry ice (solid carbon dioxide) caused moisture to crystallize earlier than normal. Flying in a plane over the mountains of Massachusetts, he injected 6 pounds of dry ice pellets into the clouds and initiated the world’s first artificial snowfall. That same year, his colleague Bernard Vonnegut — brother of novelist Kurt — discovered that silver iodide, particles of silver so small they’re difficult to see under a microscope, caused “explosive ice growth” by jump-starting the crystal formation process. Bernard’s discovery reportedly inspired the fictional science of Ice-Nine, a form of water that could freeze entire oceans upon contact, in his brother’s novel Cat’s Cradle.

Ice usually doesn’t form until the temperature drops to at least 10 degrees F, but cloud seeding can cause moisture to latch onto the silver iodide and make snow particles form as early as 20 degrees. “It’s like a false start,” says Jeffrey R. French, an atmospheric science professor at the University of Wyoming and lead on the first research demonstrating the physical evidence of how precipitation forms during cloud seeding.

Following Bernard’s discovery, scientists soon began putting silver iodide particles into clouds projected to storm — either by releasing flares full of the chemical from airplanes or shooting the flares thousands of feet into the sky from the ground. By the 1970s, the United States was spending as much as $20 million annually on weather modification research.

Researchers have shown that cloud seeding can encourage at least some additional snowfall: In one well-known study, the Wyoming Water Development Commission measured seeded storms’ precipitation rates from 2008 to 2014 and found that the silver iodide increased the likelihood of added precipitation by 5 to 15 percent. The strategy can also make hail smaller, reducing crop damage to farms. Cloud seeding can even force a predicted rainstorm to fall early — which is how the Chinese government kept the stadium dry during the opening ceremony for the 2008 Beijing Olympics.

Despite the technology’s promises, most of the federal funding for cloud seeding in the United States fizzled out in the late ’80s. The tools used to measure its effectiveness just weren’t accurate enough to justify funding programs or research, French explains. And a widely distributed 2003 National Research Council report found a lack of “convincing scientific proof of the efficacy of intentional weather modification.”

That could soon change. In January, a group of scientists, funded mainly by the Idaho Power Company, an energy provider, published research that for the first time demonstrated exactly how snow is created through cloud seeding. Flying in and out of the clouds just north of Boise, Idaho, French and his team, including scientists from the National Center for Atmospheric Research and the Idaho Power Company, observed and measured the growth of ice crystals after seeding clouds. (Before this, studies had only been able to statistically analyze the amount of rainfall in a cloud-seeded region, which isn’t direct proof that the silver iodide created any precipitation.)

The report created new momentum for the technology, says David Raff, science adviser for the Bureau of Reclamation, the national department that manages water in the West. Now, the bureau is “interested in exploring pilot activities to explore snow pack generation,” he says.

But there are some pretty significant questions that need to be answered before the bureau would prioritize funding weather modification, he continues, like exploring liabilities, such as unexpected flooding, that could arise. (A 2010 federal review of available research found that the concentration of silver in the water supply within range of seeding projects is minimal — 0.1 micrograms per liter or less — and poses no health risks.)

Cloud seeding has some obvious drawbacks. It can be expensive. And it doesn’t work well during drought years: “The idea of cloud seeding is to squeeze more moisture out of the atmosphere for human use,” says Peter Gleick, president emeritus of the Pacific Institute, a global water think tank. The technology can’t create moisture out of thin air, but relies on clouds to provide the precipitation it pulls from the sky. In drought years — which are projected to become more frequent and severe in the future — cloud seeding would offer little help to replenish the reservoirs. “You can’t seed clouds if you don’t have any,” Gleick says. And there are other options that are “far more clearly proven” to conserve water, he argues, like smart washing machines and leak detection systems.

Last winter, Lawrence’s team seeded clouds in the mountains of Wyoming that nourished the Colorado River Basin, which has lost nearly 20 percent of its volume since 2000 due to a lack of rain and snow. The program was funded to the tune of $400,000 by four of the seven states who benefit from the river’s supply. After seeding 18 storms, it was deemed successful, and the states are planning to repeat the program this winter. Colorado’s Water Enhancement Authority, a coalition of public utilities, ski resorts, and irrigation companies, has also funded small cloud seeding projects for around $40,000 annually. “Even if three out of five of your opportunities work, it pays for itself,” says the group’s treasurer, Mark Ritterbush, who also works as Grand Junction’s water services manager.

Cloud seeding is “not a quick fix,” Lawrence argues, but rather a long-term water strategy. “Snowpack in the mountains is the biggest reservoir we have,” he says. As he sees it: “Every little bit helps.”