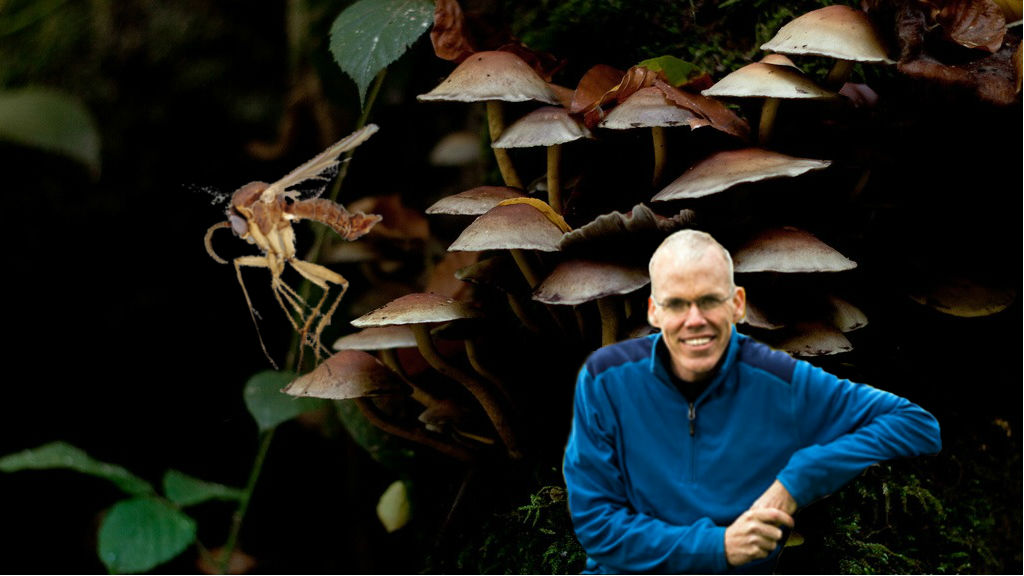 If you had the power to name a living creature, would you use that power wisely? Would you name it after one of your heroes? Let’s be real: Beyoncemus knowlesi does have a pretty nice ring to it!

Peter Kerr, a scientist with the California Department of Food and Agriculture’s State Collection of Arthropods, recently discovered a species of gnat. Through a great feat of willpower, he was able to avoid the temptation of christening it Gnat King Cole, Jr. (There’s a reason that Grist staff members aren’t scientists.) Instead, he decided to name it after foremost green activist, author, and Grist board member Bill McKibben, honoring McKibben’s commitment to protecting the health of the planet and all of its forms of life.

The Megophthalmidia mckibbeni makes its home in California. It enjoys fungi, forests, and following 350.org on Twitter. Just kidding about the last one – gnats can’t use smartphones, guys!

We reached out to McKibben to find out how he felt when he learned about his new spirit animal. He was predictably modest:

“I felt truly honored. I love this planet we got born onto, from the big down to the very small. To be officially connected with its great diversity – well, that means a lot.”

And as it turns out, McKibben has a lot in common with this insect:

“I was born in California, and my father was a member of the Sierra Club back when it was mostly a hiking group, spending his weekends in the mountains and forests, so I feel some extra kinship. And I love mushrooms too. I wouldn’t dare try to pick them myself, but I’ve never met one I didn’t find delicious.”