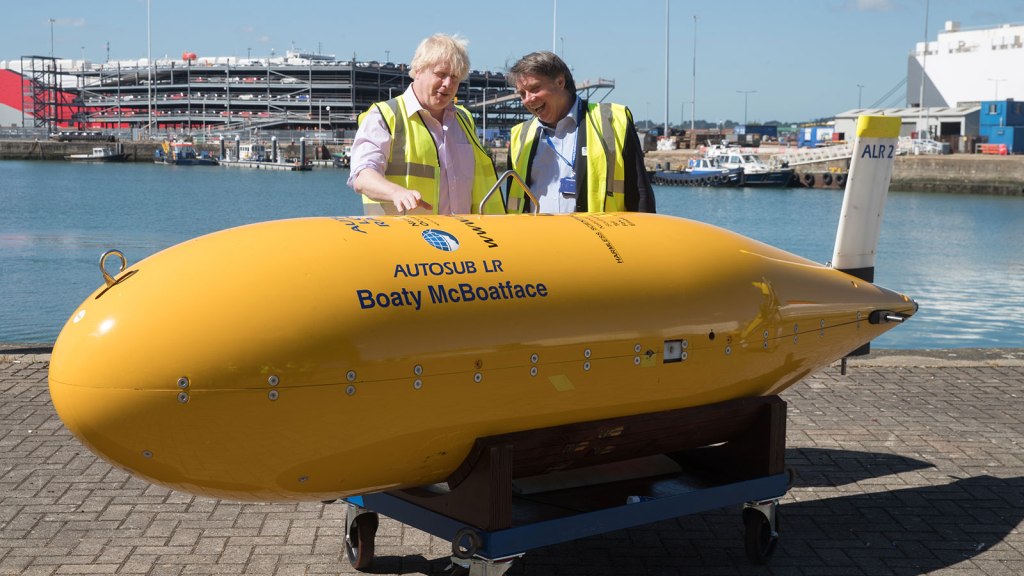 Boaty McBoatface, our favorite British research submersible, is back in the news — not, this time, for its amazing name, but as a result of its recent contribution to climate science. The yellow sub’s maiden voyage led to a major discovery about the way Antarctic winds contribute to sea-level rise.

In case you’ve forgotten, the submersible’s name comes from a 2016 poll released by the Natural Environment Research Council asking the public to name the U.K.’s new polar research ship. To the dismay of the British government, people overwhelmingly voted for the moniker Boaty McBoatface. As a dignified compromise with the masses, the government ended up naming the ship after Sir David Attenborough, the well-known naturalist, but assigning the McBoatface name to the vessel’s autonomous sub.

Many fans sensed even then that Boaty McBoatface was destined for greatness. And now, we have the receipts.

Boaty’s maiden voyage — launched in April 2017 — had the polar research submersible explore 110 miles of mountainous underwater terrain in Antarctica, all the while collecting data on the changing sea temperature, water salt levels, and ocean turbulence. That information was released on Tuesday as part of a new study, which revealed a previously unknown mechanism for sea-level rise.

The study found that Antarctic winds have grown stronger as a result of the ozone layer’s depletion and increasing greenhouse gases. The winds cause greater ocean turbulence, causing warm water to mix at mid-depths with cold, dense water in the abyss. The phenomenon had not previously been factored into predictive models considering temperature and ocean level rises.

“Our study is an important step in understanding how the climate change happening in the remote and inhospitable Antarctic waters will impact the warming of the oceans as a whole and future sea-level rise,” Professor Alberto Naveira Garabato, who led the project, said in a press release.