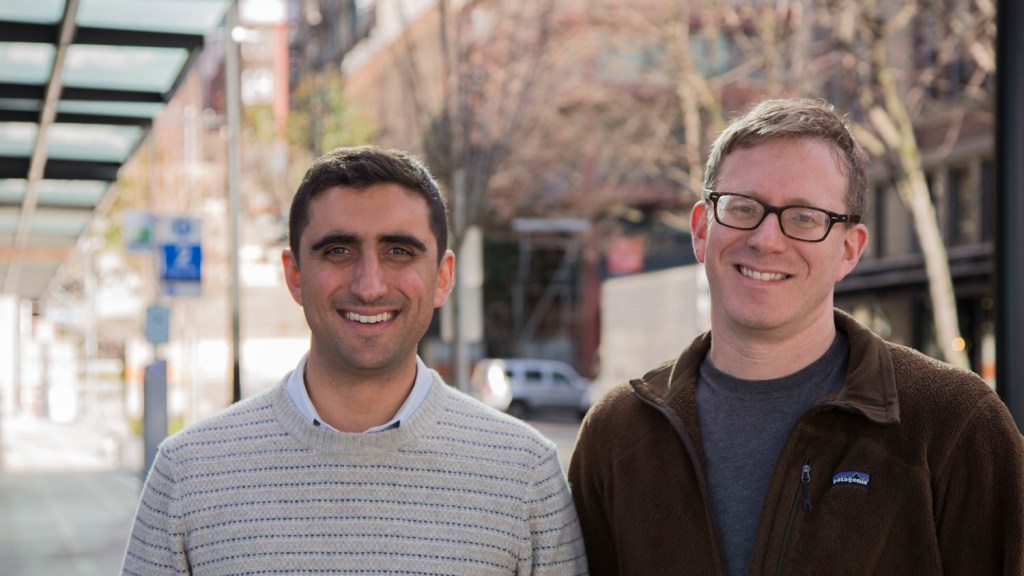 “At a critical time for our nation and the planet, Grist has ambitious plans to change the conversation — toward equitable solutions — and change the world,” said Grist Board Chair Rachel Morello-Frosch, a UC Berkeley professor of environmental science, policy and management, and public health. “We were seeking a rare someone with the right passion and know-how to usher in our next stage: Brady fit the bill, and more!”

Chip Giller, who founded Grist in 1999, will take on a new role within the organization, launching a platform to cultivate the leaders and voices who are redefining environmentalism and pointing toward a more sustainable, just future.

“At Grist, we envision a planet that doesn’t burn and a future that doesn’t suck,” Giller said. “The new administration wants to build a wall, a wall against hope. Grist will show that there are solutions that can take humanity over, under, around — and, ultimately, through — that wall to a sustainable world that works for everyone. Brady is the perfect person to lead our next chapter.”

“Grist’s work has never been more important or urgent,” Walkinshaw said. “I’m thrilled to join an organization poised to tell the story of a better world, and to inspire the action needed to get us there.”

Grist was founded nearly two decades ago to change the way the story of the environment was told — to make the issues accessible and relevant, and to wake readers up to the problems confronting humanity. Now, with the alarm raised, Grist is pointing its beacon in a new direction: toward solutions that address those problems.

In addition to more in-depth reporting and innovative storytelling, the Grist newsroom (led by Executive Editor Scott Dodd) will give readers the tools and advice to make a difference in their communities, and expand reporting on environmental justice. Nikhil Swaminathan will join Grist as a senior editor responsible for equity coverage on March 13; he previously worked at Al Jazeera America, Scientific American, and Good, among other publications, and is currently an Ida B. Wells fellow at the Nation Institute’s Investigative Fund.

Grist Board member Michelle DePass, a dean and professor at the New School for Public Engagement and a leader in the environmental justice movement, said: “For five decades, most of the environmental movement failed to recognize that you can’t have a sustainable planet without addressing justice and environmental racism. I’m proud that Grist has been on the forefront of environmental justice media, and I’m excited about what the hiring of Brady and Nikhil means for this critical coverage. This work will be a critical part of Grist’s new strategy as envisioned by our founder Chip Giller.”

In his new role, Giller will spearhead the launch of a new platform to elevate and connect rising green innovators and influencers — the activists, artists, technologists, politicians, and storytellers charting a way forward. The resulting network, which builds on the organization’s Grist 50 initiative, will provide a platform for unexpected, as well as existing, environmental champions to converge, share and hone ideas, and bring those solutions to life.

Walkinshaw, a graduate of Princeton University, has devoted his career to justice and sustainability. As a Fulbright Scholar, he founded a nonprofit in Honduras that fosters youth leadership and prevents urban violence. He brought his dedication to empowering the world’s poorest and advocating for food justice to the Bill and Melinda Gates Foundation for many years before entering politics. Most recently, Walkinshaw ran for Congress in a close race between two progressive leaders. He lives in Seattle with his husband, Micah Horwith, a marine biologist.

“Strong, independent media is as vital as ever to a just society. We’re thrilled to see Grist, a longtime leader in environmental journalism, focus on environmental and food justice,” said Erik Nicholson, National Vice President, United Farm Workers. “Brady will be a passionate leader for Grist in this next chapter.”

Grist has earned honors including a Heinz Award; inspired coverage of key environmental issues in media outlets including The Washington Post, The New York Times, USA Today, and Vanity Fair; appeared on broadcast outlets including NBC’s Today and ABC’s 20/20; and been ranked a top green website by The Guardian, TIME, and Newsweek, which dubbed it “the Daily Show of the environment.”

Grist Board of Directors: