We've got a new CEO to help build a new Grist 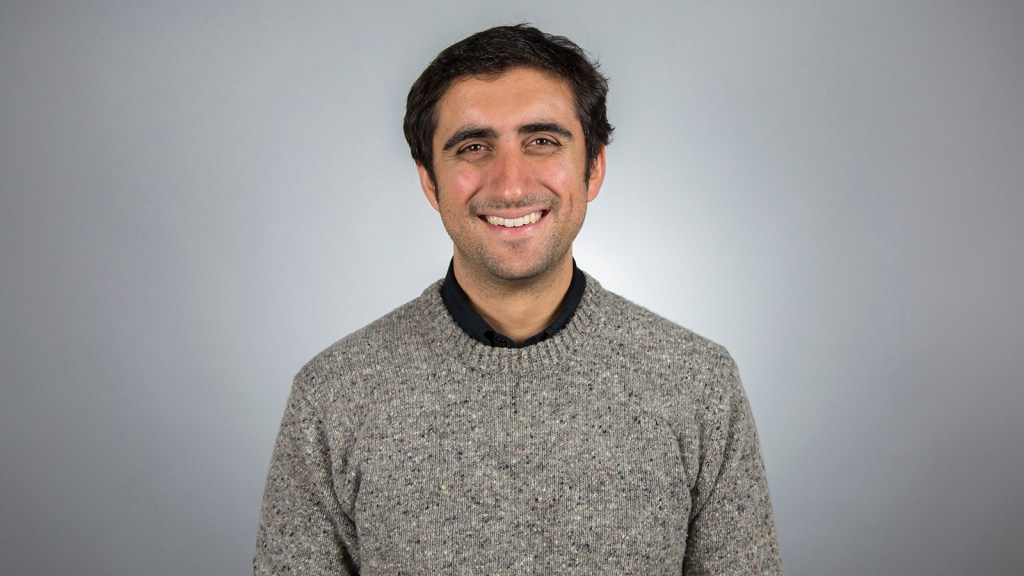 Loyal Grist readers will notice some changes ’round these here parts. Our independent, irreverent publication has a new focus — one that has become even more urgent since the November election. We know readers are clamoring for direction in a dark time, so we’ve pointed our beacon in the smog toward solutions, equity, and action.

To provide fresh leadership for this new era, Grist is excited to introduce readers to our new CEO: the exceedingly qualified, sharp, and delightful Brady Piñero Walkinshaw. And we’re not just saying that because he’s our new boss (or because he bought a rice cooker for the office kitchen). We mean, c’mon, look at this guy!

Raised in rural Washington state, Walkinshaw is the son of an agricultural educator and a school teacher who immigrated from Cuba. He earned a degree in public policy from Princeton and a Fulbright Scholarship to study in Honduras, where he founded a nonprofit that fosters youth leadership and prevents urban violence. He brought that dedication for racial justice and sustainable food policy to various roles at the Gates Foundation, then went into politics (so we know he’s brave).

As a Washington state legislator, Walkinshaw fought for affordable housing, criminal justice reform, better transit, environmental action, and more. He was called “gutsy and effective” by national columnist and political commentator Dan Savage. His work on the opiate crisis was literally life-saving. Most recently, Walkinshaw ran for Congress in a close race between two progressive leaders. He has a deep passion for building a more just and sustainable world — so he’ll fit right in here at Grist. He lives in Seattle with his husband, Micah Horwith, a marine biologist.

“Grist’s work has never been more important or urgent,” Walkinshaw says. “I’m thrilled to join an organization poised to tell the story of a sustainable, just future, and to inspire the action needed to get us there.” (You can follow Brady and welcome him on Twitter.)

To say more good things about the new guy, here’s our board chairwoman Rachel Morello-Frosch, a professor of environmental science at the University of California Berkeley’s School of Public Health: “At a critical time for our nation and the world, Grist has ambitious plans to change the conversation — toward equitable solutions — and change the world. We were seeking a rare someone with the right passion and know-how to usher in our next stage. Brady fit the bill, and more!”

Grist, as loyal readers know, was founded in 1999 to change the way journalists cover the environment, reaching a new generation through this emerging medium called the internet and alerting them to the challenges facing us all. Now, at a critical time for our nation and our world, Grist is pursuing an important shift in strategy and focus.

Things might look bleak in Washington, D.C., but that’s not the whole story. Innovation and action abound, if you know where to look for them (and we do). What the world needs now is less freaking out, more figuring out.

So in a new role at Grist, our founder Chip Giller will launch a platform to elevate and connect rising green innovators and influencers — the activists, artists, technologists, politicians, and storytellers charting a path toward a more just and sustainable future. The network, which builds on the Grist 50, will provide a platform for the bold and courageous to converge, share and hone ideas, and bring solutions to life. (You can ask Chip more about his new role via Twitter.)

At the same time, Grist is doubling down on the agenda-setting journalism it has been committed to for nearly two decades, with a shift toward more substantive reporting and powerful storytelling. Led by award-winning editor Scott Dodd, who was hired last year, our newsroom will explore solutions for clean energy, sustainable food, livable cities, and a better economy, while continuing to put important current events in context and showing readers how to make a lasting impact on their communities.

Grist will also expand its coverage of environmental justice under newly hired senior editor Nikhil Swaminathan, who will join our newsroom next week. (Woot!) Swaminathan is an Atlanta-bred journalist (he’s still in mourning over the Super Bowl) with stints as a writer, editor, and digital producer at news orgs including Al Jazeera America, Scientific American, Good, Seed, and Archaeology. He’s currently an Ida B. Wells fellow at the Nation Institute’s Investigative Fund, which supports ambitious reporting projects by journalists of color. We’re so eager to have him aboard that we’re already lining up editing assignments. Go say hi on Twitter (and tell him you’re sorry about the Falcons).

With Walkinshaw and Swaminathan joining the team, Grist’s beacon in the smog is ready to shine brighter than ever. “I’m proud that Grist has been on the forefront of environmental justice media,” says Grist board member Michelle DePass, a dean and professor at The New School in New York City. “I’m excited about what the hiring of Brady and Nikhil means for this critical coverage.”

When seeking the CEO position, Walkinshaw quoted the Spanish poet Antonio Machado: “caminante, no hay camino, se hace camino al andar.” Walker, there is no path, the path is made by walking. Grist is ready to walk with readers on that path to a just and sustainable future. Join us!