Breathe easier: States are passing a buttload of clean-energy bills 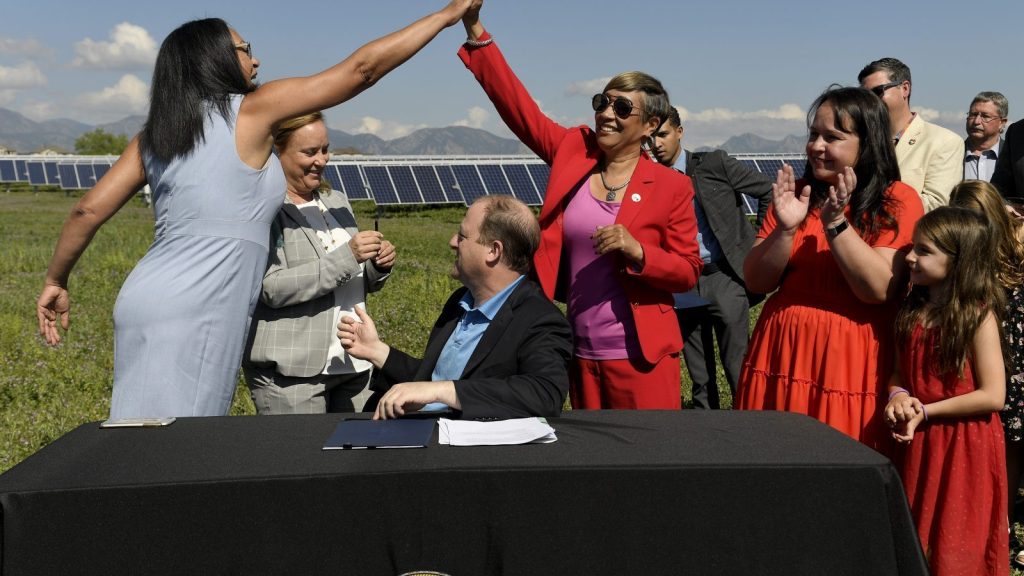 Breathe easier: States are passing a buttload of clean-energy bills

Climate victories are thundering down from statehouses like hail in a spring storm.

Two weeks ago, Colorado Governor Jared Polis signed 11 carbon-pollution slashing bills and rolled out his plan to get the state to 100 percent renewable electricity by 2050. The week before that, Maryland and New Jersey each passed laws requiring those states to get half of their electricity from renewables by 2030 while studying a path to get all of its energy from carbon-free sources in the following decades. Meanwhile, Oregon appears to be welding down a carbon cap of its own. And all this comes on the heels of laws passed over the past year in Washington, Nevada, New Mexico, and California to squeeze all the greenhouse gases from their electrical systems.

“We couldn’t update our maps fast enough,” said Ryan Fitzpatrick deputy director of the clean energy Program at the think tank Third Way. “These states know that net zero emissions by 2050 is the goal, and there’s no time to waste. So they’re taking a minute to celebrate, then asking, ‘what’s next?’”

What’s next? Politicians in New York, Pennsylvania, Maine, Illinois, Minnesota, and Wisconsin are pushing their own bills to wean electricity systems off fossil fuels. And don’t forget the ever-growing list of cities — Orlando, Florida and Pueblo, Colorado, among them — that have vowed to kick their fossil-fuel addiction.

The dominos really started falling last year after California committed to get carbon out of its electrical grid by 2045.

“California broke the dam last year, and then you had this cascade of bills from other states,” said Armond Cohen, executive director of the nonprofit Clean Air Task Force. In the absence of federal action, legislators have realized that shifting to carbon free electricity at a state level is both doable and meaningful, he said. Most of the laws in place commit states to running on just “clean” electricity (read nuclear and other carbon-neutral sources), rather than 100 percent renewable. It’s a distinction with a real difference: most experts think that renewables — while initially cheap — will start getting expensive when 80 percent or more of the electricity is turned off and on by the sun and the wind, rather than by engineers.

So California, for instance, is requiring that 60 percent of its electricity come from solar, wind, and other small renewable generators by 2050. The remaining 40 percent can come from anything carbon neutral: nuclear, gas with carbon-capture, big dams, or — hey, sure — solar and wind if that turns out to be the most affordable way to get the state across the finish line.

“The analytical community and a good portion of the NGO community has realized it’s better not to rule out any technologies,” Cohen said.

In addition to all these state commitments, a slew of electricity-producing utilities, like Xcel, Idaho Power, and MidAmerican Energy Company have made pledges to be 100 percent carbon free by 2050. If Southern Company is able to get to “low or no carbon” by 2050 as it has promised, that puts Georgia and Alabama on the map as well.

When the Clean Air Task Force added up all these commitments, it found they cover 40 percent of the electricity produced in the United States.