In December 2015, officials from nearly every country in the world met in Paris to negotiate a global agreement to limit global warming. Last April, the U.S. and 174 other countries signed the agreement, with most of the others following suit since then.

For the past month, President Donald Trump and his senior advisers have wrestled over whether to keep the U.S. in the Paris climate agreement, repeatedly postponing their meeting to reach a final decision.

We would not presume to know the mind of the POTUS or his senior advisers. But, because we have polled the American people about climate change nearly two dozen times in recent years, we have a good understanding of what voters think about this issue.

Our research finds that a clear majority of Americans say that global warming is happening, human-caused, and a serious threat requiring action. More specifically, there is broad public support for the Paris Agreement — even among Trump voters.

By more than 5 to 1, voters say the U.S. should participate in the Paris climate agreement. 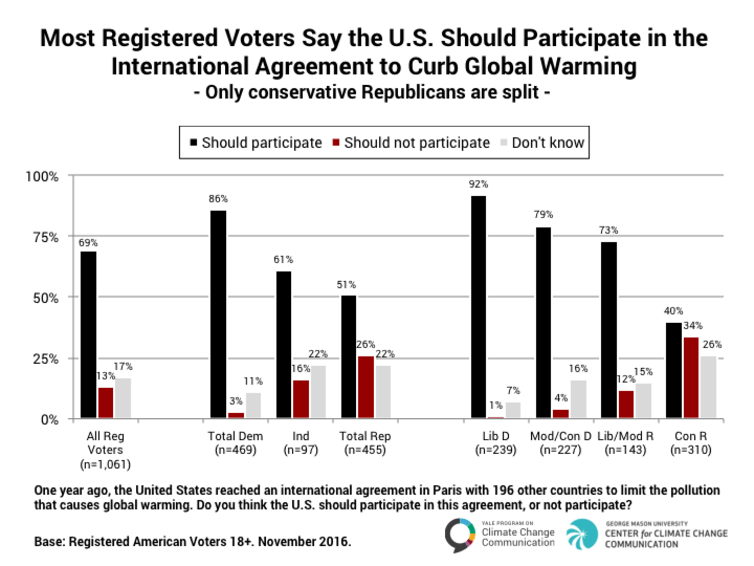 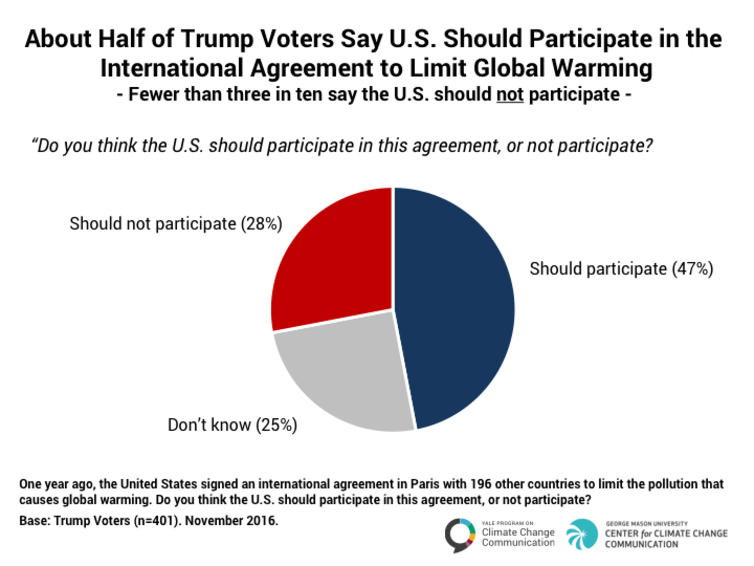 We have also found that a majority of Americans in all 50 states say that the U.S. should participate in the Paris climate agreement.

Even states with the lowest levels of popular support — West Virginia (52 percent support), North Dakota (56 percent), and Kentucky (56 percent) — have a majority of citizens who say the U.S. should participate in the global agreement. So do the states that provided President Trump with his electoral win: Pennsylvania (68 percent), Michigan (65 percent), and Wisconsin (64 percent). 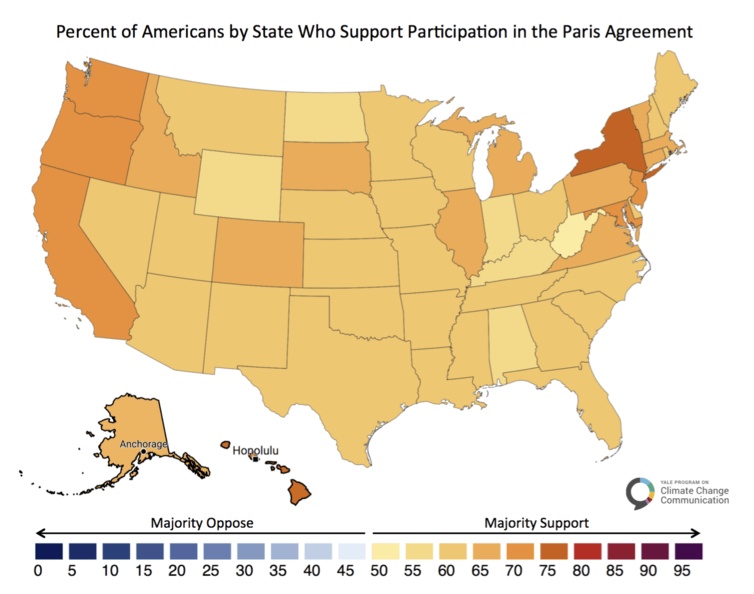 Over the past decade, a growing number of Americans have come to understand that global warming is happening and that Americans are already being harmed by it.

Between spring of 2014 and fall of 2016, the proportion of conservative Republicans who said that global warming is happening increased 18 percentage points — from 28 percent to 46 percent. It is rare to see such a large change in public attitudes in such a short span of time, especially on issues that have long been debated and politically polarized.

However, one thing is clear: Americans and American voters — by a wide margin — want our nation to remain a participant and leader in the international agreement to reduce global warming pollution.