California went all-in on natural gas. Can it do the same with renewables? 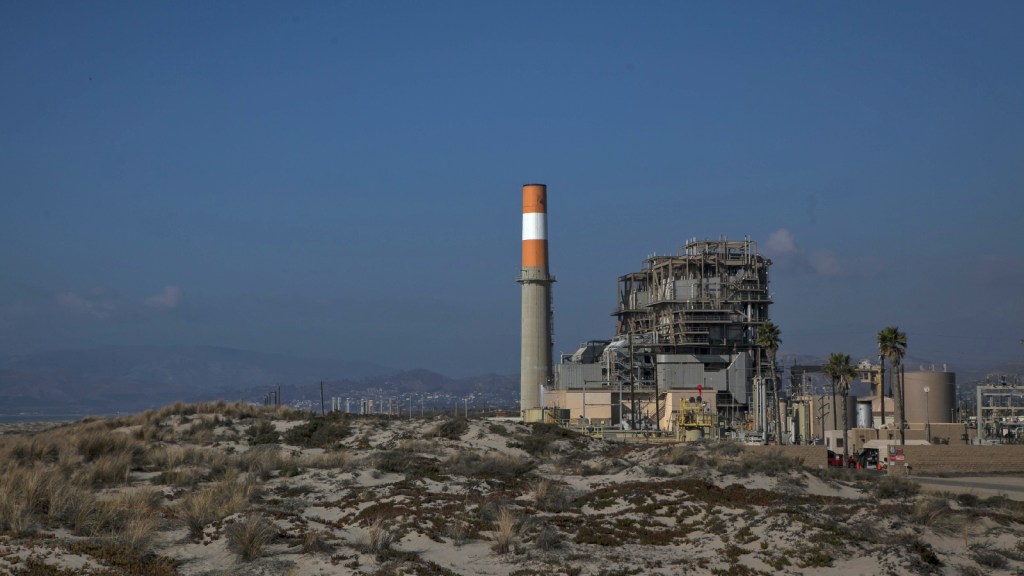 California went all-in on natural gas. Can it do the same with renewables?

Noemi Tungui lives in Oxnard, California, the so-called “Strawberry Capital of the World.” But Oxnard’s idyllic branding omits other details of its landscape: power plants, oil wells, and within the city limits, the Halaco Engineering Superfund site — where a metal recycler once operated right on the Pacific Ocean.

The city of about 200,000 is situated on the coast between the upscale towns of Santa Barbara to the north and Malibu to the south. But unlike those affluent neighbors, Oxnard’s shores are lined with aging energy infrastructure.

Tungui migrated to Oxnard, which is nearly 75 percent Latino, from the state of Michoacán, Mexico, when she was toddler. And until she became a citizen last year, Tungui mostly kept quiet about the pollution in her community because, like many of her neighbors, she was undocumented. But today, there’s no mistaking her message: Living in Oxnard means living with toxic exposures.

In 2015, NRG Energy proposed building a new natural gas power plant in Oxnard to replace an older facility. Its primary function would be to provide electricity to the area in the event of power disruptions in California’s energy grid. In June 2016, the California Public Utilities Commission — one of two state agencies charged with approving energy projects — signed off on the proposal.

But Tungui and other community members say the so-called Puente Power Plant will further pollute an already overburdened city, would be vulnerable to sea-level rise, and is simply unnecessary.

In June, after nearly three years battling the NRG project, community members won a victory: The California Energy Commission, the other agency that approves energy projects, authorized an unprecedented study to investigate whether renewable alternatives could fill Puente’s proposed role.

Tungui was among those who lobbied the commission in Sacramento. “I told them that they definitely wouldn’t put a project like this in their backyard,” the 24-year-old says.

The report from the state’s energy-grid manager, the California Independent Systems Operator (CAISO), released Wednesday, may not settle the controversy over the plant proposal. It found that distributed renewables and energy storage could do the job of a Puente — but that the consequences would be a higher estimated cost and less reliability.

Advocates see the defeat of Puente as a potential watershed, a chance for California to demonstrate its commitment to modernizing its electricity grid. While politicians throughout the state have made grand pledges to uphold climate progress, environmentalists and industry are still debating how swiftly California should substitute renewables for traditional fossil fuel power, specifically natural gas. Puente’s eventual fate could signal how quickly California will pivot toward the sustainable future it’s selling.

Clean energy advocates were cautiously optimistic about the new study’s results. “The basic bottom line is that the study shows there are clear alternatives,” says Lucas Zucker, an organizer with the Central Coast Alliance United for a Sustainable Economy, “which is really the key criteria we’ve been needing.”

NRG spokesperson David Knox, however, took the report as a positive sign for the Puente project to move forward. “While we find the results of the CAISO study interesting from a theoretical standpoint, the results do not present any feasible alternatives.”

“Puente” means bridge in Spanish, a not-so-subtle reference to the belief among some scientists and politicians that natural gas is a “bridge fuel” to achieving lower emission levels while we ramp up the capacity of renewables. In the early 2000s, California embraced the cleaner-burning fossil fuel. According to the U.S. Energy Information Administration, most of the energy California now consumes comes from natural gas.

But the mix is changing. In April, for instance, non-hydroelectric renewables — wind and solar energy — generated more electricity than natural gas by more than 1,000,000 megawatt hours, enough to power more than 92,000 U.S. homes for a year. Lawmakers are now debating a bill to convert the state’s electricity to 100 percent renewables by 2045. And California is on track to meet its current goal of 50 percent renewables by 2030.

From the outside, it looks like California’s nearly crossed the natural gas bridge — which makes projects like Puente puzzling to environmental advocates.

Creating a stable energy grid means having ample supply so the state doesn’t run out — especially in unusual situations like a particularly hot summer that drives up energy demand or after a massive gas leak at Aliso Canyon that cripples production. Puente is designed to be that fallback energy source, to offer uninterrupted electricity service to the region if, say, a forest fire took out the lines shuttling power from far-flung plants and electricity substations.

The unlikelihood of that event is one reason activists aren’t too concerned about the lower reliability of renewables shown in the alternatives study. They say investing in Puente would be buying into a “stranded asset” that will quickly become obsolete.

“Now is the time to start making that conversion,” says Jim Caldwell, a chemical engineer and energy expert who lobbied for the renewables study. He calls Puente “an oversized, inefficient, and unnecessary response” to reliability needs.

In February, the Los Angeles Times reported that California produces a glut of energy, partly due to the state’s falling demand. As a result, many power plants are operating well below their capacity.

“We overbuilt the system,” Michael Picker, president of the California Public Utilities Commission, told the Times. “That was the way we provided that degree of reliability.”

As renewables make up a larger chunk of energy produced, utilities have to negotiate the shift from relying on always-burnable fossil fuels to storing solar or wind energy when it’s not sunny or windy.

That switchover isn’t as simple as shutting down a combustion-engine car factory and reopening it as a Tesla production line, Caldwell admits. “The grid has to operate 24/7, 365 — it has to be available all the time,” he says. “You have to change it on the fly, so it’s a harder proposition. But it’s not against the laws of physics.”

Earthjustice attorney Matt Vespa says that California’s Public Utilities Commission has sent mixed signals of late on whether California will continue to lean on natural gas. In May, the commission rejected a Southern California Edison request to refurbish an old power plant, ruling it was not the most environmentally friendly way to ensure energy resilience in a blackout. But in August, Earthjustice and the Sierra Club had to appeal a utilities commission’s decision that allowed natural gas companies to participate in a program designed to encourage the state’s utilities to buy energy from renewable sources.

Though Vespa still believes the commission tends to give natural gas a leg up, he says, “The tide is changing.”

The repercussions of California moving on from natural gas will be far-flung, but few places will feel them more acutely than Oxnard.

If the Puente plant is rejected, in a battle that’s beginning to get attention statewide, Tungui says it might also inspire other California communities to speak up against fossil fuel infrastructure and pollution.

“I hope it doesn’t just influence the people, but the people empowered at the very top who can make those changes, like Governor Brown,” Tungui says. “This would be a way to really wake him up.”