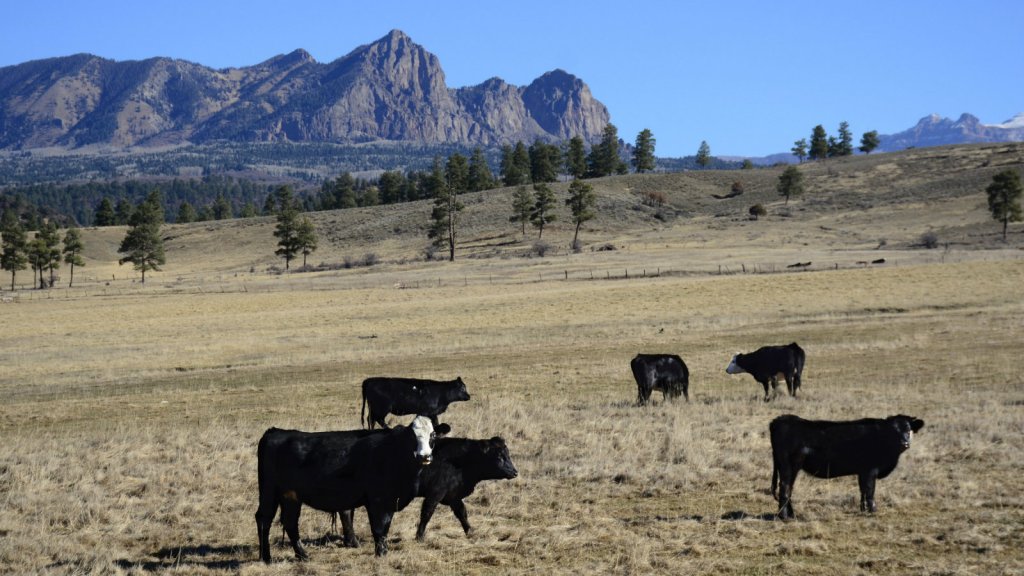 Here’s a crazy idea: What if your love of steak wasn’t a massive environmental problem but part of a solution instead? What if we could suck carbon out of the air and save the world simply by eating beef?

A new study suggests that all this is possible, but it comes with a whopper of a caveat.

Ranching advocates have long thought carbon-negative beef was possible. The hypothesis was that grasslands and grazing animals have an ancient relationship; they’ve evolved together and depend on each other for optimal health. But modern ranching methods severed that connection, so the thinking went. Allow cattle to graze in the manner of wild herds — very heavily in one area for short periods, and then giving that area time to regrow — and the ancient relationship could be restored. Grasses would grow lush and suck up lots of carbon dioxide, more than compensating for the greenhouse gases that the cattle produce.

The problem was, there wasn’t good science to support this hypothesis. There have been studies looking at carbon sequestration in grazed land, but those only worked when you trucked in tons of compost, which can be prohibitively expensive. Then, a couple of weeks ago we finally got our first study showing grass-fed beef can be carbon negative. Here it is. Let the beef bacchanal begin.

Actually, before you dump gravy over your head and skip off to join the celebrants, let’s look at that big caveat: The beef in this study took up twice as much land as conventional beef production.

About half of agriculture’s greenhouse gas emissions come from cutting down forests, and livestock are a primary culprit because they dominate 77 percent of agricultural land. And farms keep expanding to feed more meat-hungry people. There’s a danger that findings like this could give grass-fed beef a green halo, and allow people to feel virtuous for buying more double cheeseburgers. That would be a disaster. If everyone in the world started eating this kind of carbon-negative beef, we’d have to clear forests and wildlands to expand pasture, and that would wipe out any carbon savings.

Getting it right requires a balancing act. If we manage to slash our collective burger habit in half, while only buying beef raised the way described in this study, then voila, carbon-negative beef! That really could happen if good replacements —  say, the Impossible Burger and good old mushrooms — help us drive down beef consumption.  And that’s also assuming these practices work in a lot of different places. Remember, this is just one study (other terms and conditions apply, not valid in Veganistan).

There’s another way this might work: Conventional beef cattle spend two-thirds of their lives eating grass before they move to a feedlot and start eating grain. If ranchers around the world start applying the lessons of this study to that first two-thirds of a steer’s life, it could go a long way toward offsetting cattle emissions without taking up any more space. That’s a way we could tweak the system, and it wouldn’t require optimistic assumptions about how we’d keep people from clearing more farmland or convince everyone to eat less meat.